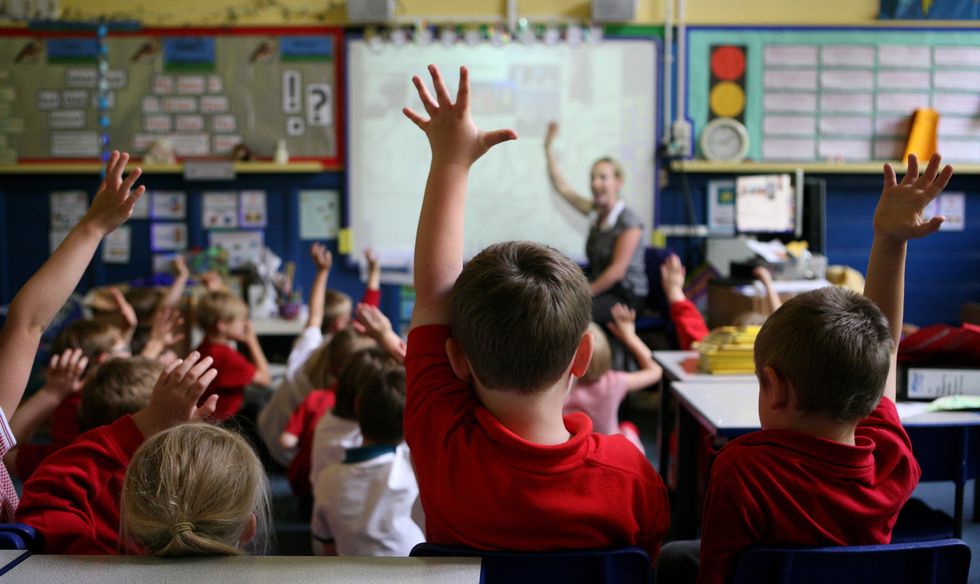 A teacher who has become a viral hit by tweeting his six-year-old students’ “humorous and profound” answers to weekly questions has said the experience is like “mining for gold”.

In May 2021, George Pointon asked a group of his year one pupils to tell him a joke, garnering responses including his favourite: “What did the chicken not want to be?

The 27-year-old enjoyed the replies so much he decided to share the best ones with his 100 Twitter followers, nine months on he has a following of over 138,000 and is posting new editions every Friday.

His pupils’ “humorous and sometimes really profound” answers cover topics voted for by Mr Pointon’s followers, including what “superheroes do on their day off” and: “What do you think teachers do all summer?”

I ask a group of 6-year-olds "Who should be the next prime minister?" They had some thoughts A THREAD
— George Pointon (@George Pointon) 1642162079

“People started to get really attached to what the children were saying and it was almost like they were looking for guidance off of these kids,” he told the PA news agency.

“I just obliged (because) I thought it was great.

“I love being able to give them the platform to express how they feel.

“I feel like a miner because I’m just digging for the gold, and it’s normally there – I don’t have to work very hard.”

Mr Pointon attended university in London and works across a number of schools but will not reveal where in the UK to protect the identity of his students, using recurring aliases instead of their real names.

“There’s of three or four kids that make up each one of those names… and the names used represent a whole personality, like a character,” he said.

In his most recent post, Mr Pointon asked his students: “Who should be prime minister?”

One child, Jack said the fictional superhero the Hulk because “he could smash bad people away”.

To which Mr Pointon noted, despite the marvel hero’s temper issues, “could ease the backlog on the police”.

Whilst others suggested the cartoon character Kung Fu Panda, the former US president Donald Trump, the YouTuber known as KSI, or simply “someone kind”.

When Lola put forward the Tudor king Henry VIII, Mr Pointon had to “break the unfortunate news” that he had died in 1547.

Asked if social media users ever question the veracity of his pupil’s comments, Mr Pointon said he “does not experience much trolling” and added: “Ultimately it doesn’t matter.

“I work with children in education and have a huge impact in there wellbeing and learning… that’s all that matters.”

The weekly questions can be topical or open to interpretation, such as asking the children to devise a “mantra to help us through life”.

This included Ravi’s answer: “Some people don’t have anything so be happy you have everything” along with Emma’s statement that “the people who don’t talk, still have something to say”.

“School can sometimes make you think quite linear, like there are only right or wrong answers but, especially with them being so young, their thoughts are actually really abstract,” said Mr Pointon.

“Children are always going to be interesting and what makes them so unique to me is that they haven’t figured out really who they are, what they like or what they think yet, so their thoughts are so genuine.”

Originally studying drama and working as an actor for three years, Mr Pointon began working in schools as a pastoral teacher after “always having a real attachment to education and to teaching”.

His social media platform has allowed him to work with charities including the Anti-Bullying Alliance to help spread awareness of children’s issues.

During anti-bullying week in November he asked his class “what makes you unique?” to encourage a discussion on “every child’s right to be themselves”.

One child answered “I make sure I try my best” while another said “I can fit 100 grapes in my mouth”.

For the time being, Mr Pointon said he has no plans to stop his weekly questions but hopes to one day expand on them after seeing “how much joy they bring to others”.

“I would love to be able to work with more charities… to be able to give a platform to have conversations with children about things that need to be spoken about, or things that are going on in the world and get their point of view on things,” he added.

Please log in or register to upvote this article
TeacherTwitterViral