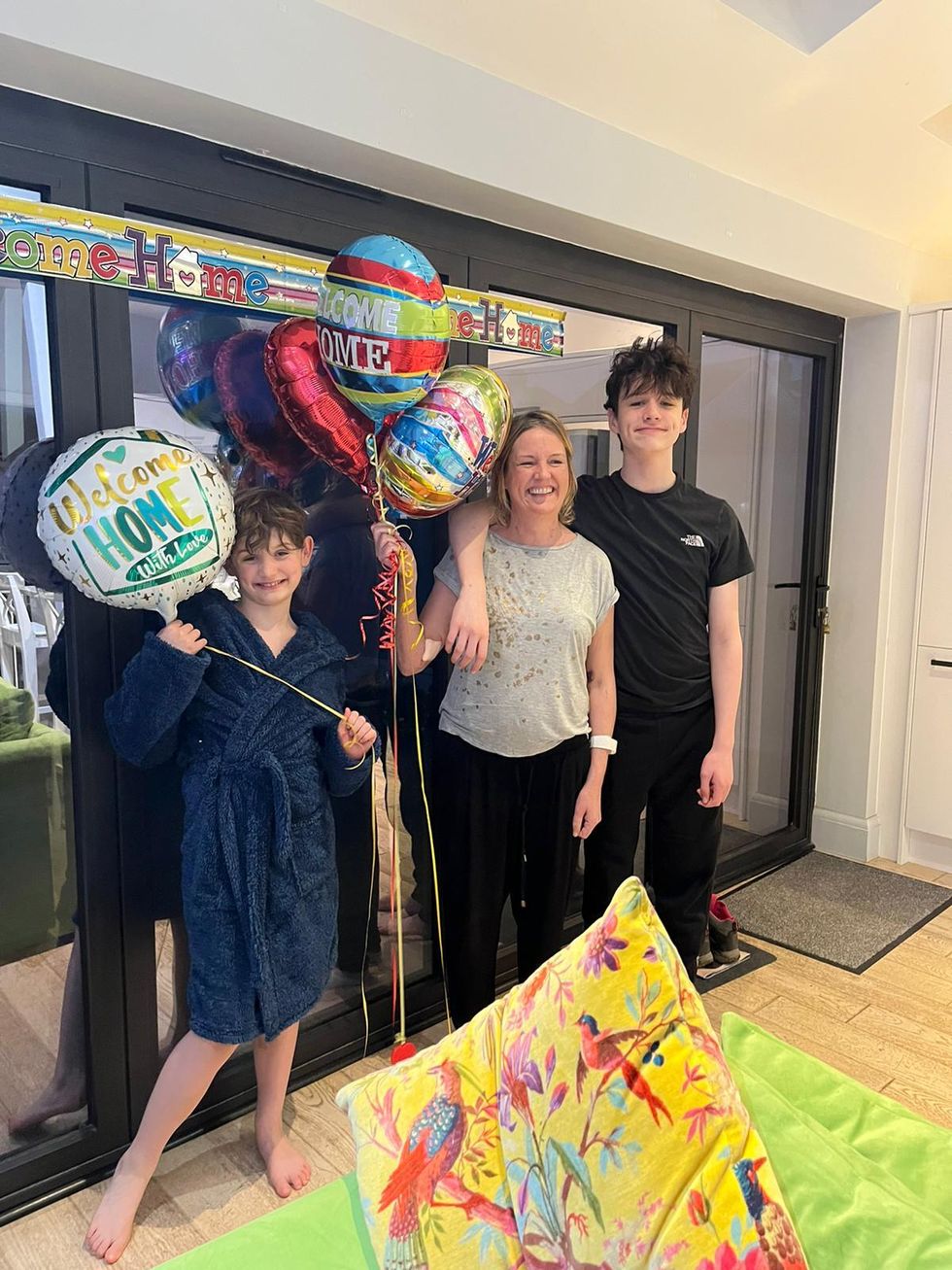 A mother-of-two who had a lifesaving heart transplant seven years after her husband died with an unexplained heart condition has been reunited with their sons after 190 days in hospital.

Nicola Sharpe, 48, of Southend in Essex, said she was determined to get back home to her boys, aged nine and 12, and “didn’t want them to lose both parents”.

The secondary school teacher was admitted to specialist heart and lung centre Royal Papworth Hospital in Cambridge in August last year for treatment for heart failure, and has now been discharged.

She said: “That first hug with my boys is one of the most special moments in my life; it’s the moment that has been keeping me going – it felt like it lasted forever.

“There have been many moments when I thought this day would never come.

“I cannot thank the team at Royal Papworth enough for their expert, outstanding care every day, and my anonymous donor, without whom this moment would not be possible.”

During her stay in hospital, Ms Sharpe’s sons were cared for by her sister, Anna-Marie.

She said she first developed symptoms in July 2020 when she was out for a run and became so breathless she had to stop.

In September, she became breathless again while climbing a hill during a family trip to Jersey.

Back at home her brother, a doctor, recommended she go to A&E immediately.

The team at Southend Hospital diagnosed Ms Sharpe with dilated cardiomyopathy and referred her to Royal Papworth.

Against all the odds, she has made it and what a wonderful moment to see her reunited with her sons

“By my own admission I ignored those initial symptoms in July,” she said.

“I’m normally fit and active and run regularly, so I just put it down to a one-off bad run, possibly because of the summer conditions, but when it happened again in September I knew something was up.”

Her 12-hour transplant operation was done under the care of consultant transplant surgeon Steven Tsui and his team.

Mr Tsui said: “Nicola’s course of illness has had more ups and downs than most rollercoaster rides.

“Against all the odds, she has made it and what a wonderful moment to see her reunited with her sons.

“It is always hugely rewarding to see patients like Nicola go from being so sick, where a transplant is the only therapy left for them, to being well enough to go home.

“This is all possible thanks to people deciding to donate their organs should they die, a decision they share with their family so their wishes can be respected.

“Without that decision and conversation, we would not be able to save lives like Nicola’s.”

Ms Sharpe is continuing her rehabilitation at home with regular check-ups at Royal Papworth, now as an outpatient.

Lottery winners get their knitting needles out to help donkey group

Please log in or register to upvote this article
Southend

Germany cover mouths in solidarity over 'One Love' armband controversy

Lydia Millen responds to comments about her checking into The Savoy