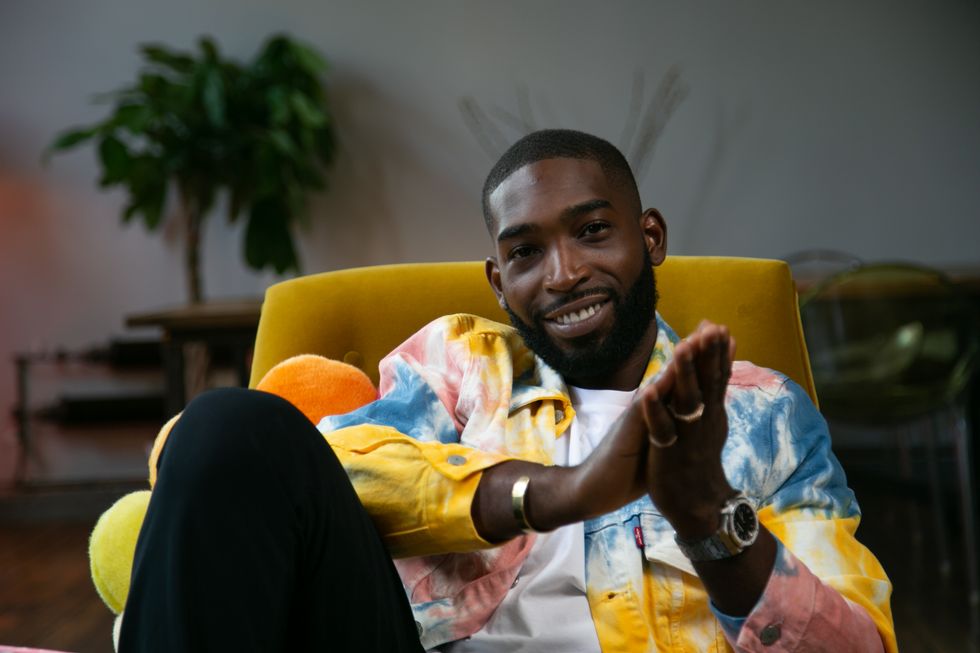 Musician Tinie is to host a new BBC Arts show which will “put a spotlight on contemporary British heroes”.

The 33-year-old, who began his career under the name Tinie Tempah before dropping the second part in 2020, will be presenting the six-part series titled Extraordinary Portraits which airs on BBC One from February 14.

The series will explore the art of portrait-making as everyday heroes from the public who have “extraordinary stories” are “immortalised in art”.

Tinie pairs the subjects up with celebrated artists who will be challenged to turn their “personal and powerful experiences into compelling portraits”.

Tinie, known for hits including Written In The Stars and Pass Out, is also a keen art collector.

He said: “I wanted to put a spotlight on contemporary British heroes – to hear their stories and help create an opportunity where the world can learn about them and their experience through art.

“Portraits are powerful, and a great way of achieving this, but historically they have been reserved for ‘high society’.”

In 2017 the National Portrait Gallery acquired what it said at the time was its largest collection of images of Afro-Caribbean sitters, featuring more than 30 paintings of exceptional figures from the worlds of politics, business, culture, religion and science.

Tinie said: “When a portrait of mine went into the National Portrait Gallery, I remember the immense pride, inclusion and acknowledgement I felt.

“It was unquantifiable – it made me feel like I was part of a change in the narrative, and so I hope the extraordinary people I have met making Extraordinary Portraits feel the same way.”

BBC head of arts Suzy Klein said: “Portraiture has traditionally been a way of commemorating the figures we think of as significant or powerful.

“What makes Extraordinary Portraits different is that we shift the focus to everyday heroes – shining a light on incredible people whose bravery, courage and good deeds make them truly special, and who we feel deserve to be celebrated.

“Portraiture has the unique ability to capture both the life story and the soul of a subject, and the portraits we’ll see in the series reveal so much – and that intimacy and trust built up between the subject and the artist is something we rarely get to see on television.

“We are delighted to bring these heartwarming stories, along with Tinie’s passion for art, to a primetime BBC One audience as part of our commitment to ensuring everyone has access to arts and championing the best of British creative talent.”

Personal trainer Patrick Hutchinson, who helped an injured man to safety during a Black Lives Matter protest, is featured in the series (GQ/PA)PA Media - GQ

In each episode of Extraordinary Portraits, an artist will create an image which “captures and celebrates these extraordinary individuals” using different mediums, with the show culminating in the unveiling of the portrait for the sitter and their family and friends.

One episode features Patrick Hutchinson, the personal trainer who made headlines after he was photographed helping an injured man to safety during a Black Lives Matter protest in London in 2020, who is paired with street artist Dale Grimshaw.

Twins Georgia and Melissa Laurie, who were involved in a near-fatal crocodile attack in Mexico last year, will also feature in an episode, paired with artist Roxana Halls.

– Extraordinary Portraits begins on BBC One on February 14.