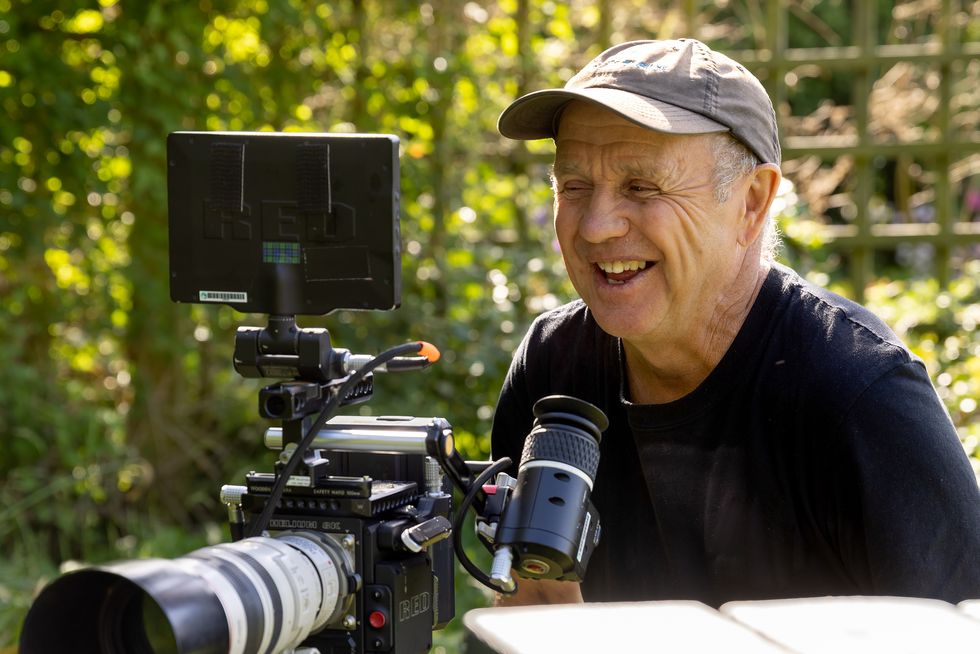 One of Planet Earth’s cameramen has filmed a wildlife documentary shot entirely in a British pub garden.

Doug Allan has worked on David Attenborough’s popular BBC One documentary series and is an Emmy and BAFTA award-winning filmmaker and wildlife photographer.

And now he has swapped oceans and polar expanses for a traditionally British environment – the pub garden.

The wildlife documentary was made with the backing of gin brand Warner’s Gin. It was shot at the Castle Hotel in Bishop’s Castle, Shropshire, and is thought to be the first in the world filmed entirely in the grounds of a pub.

It has been launched to highlight how nature “can thrive amongst us in the most unexpected places”.

Pubgoers included in the film vary from bees, newts, birds and butterflies to wildflowers and other plants that exist alongside humans.

“My career as a nature filmmaker has taken me to the Antarctic and the Pacific Ocean but never a pub garden in England,” Mr Allan said.

The documentary was filmed at the Castle Hotel and Pub in Bishops Castle, Shropshire (Nigel Davies)

“But a garden like the one we filmed in was just as teeming with nature and wildlife as any habitat I’ve shot in.

“The whole time we were here at this pub filming we were never short of nature to capture on camera, even when the garden was busy with people.

“It’s brilliant to be part of Warner’s Gin documentary that’s set to transform the way people see pub gardens across the country and hopefully make a difference to nature and in turn, the planet.”

The mini-series was commissioned by Warner’s Gin to announce its new Nature Marque accreditation scheme.

It is hoped the documentary will show people “how important these outdoor spaces are for nature and encourage pubs to get involved with the accreditation”.

With the support of the Wildlife Trust BCN, the accreditation will reward pubs that have made an effort to open their gardens for nature as well as people by planting wildflowers, installing bird boxes and bug hotels or creating a hedgehog highway.

The documentary is available to watch on YouTube (Nigel Davies)

Co-Founder and Co-CEO of Warner’s Distillery Tom Warner said: “We’ve got big ambitions with Warner’s Nature Marque and the accreditation scheme for pubs is the first step on that journey.”

“We want to encourage real, sustained support for nature… Tens of thousands of pub gardens are an untapped resource for biodiversity.”

The documentary is available to watch on YouTube: www.youtube.com/watch?v=JY0lhahh97k