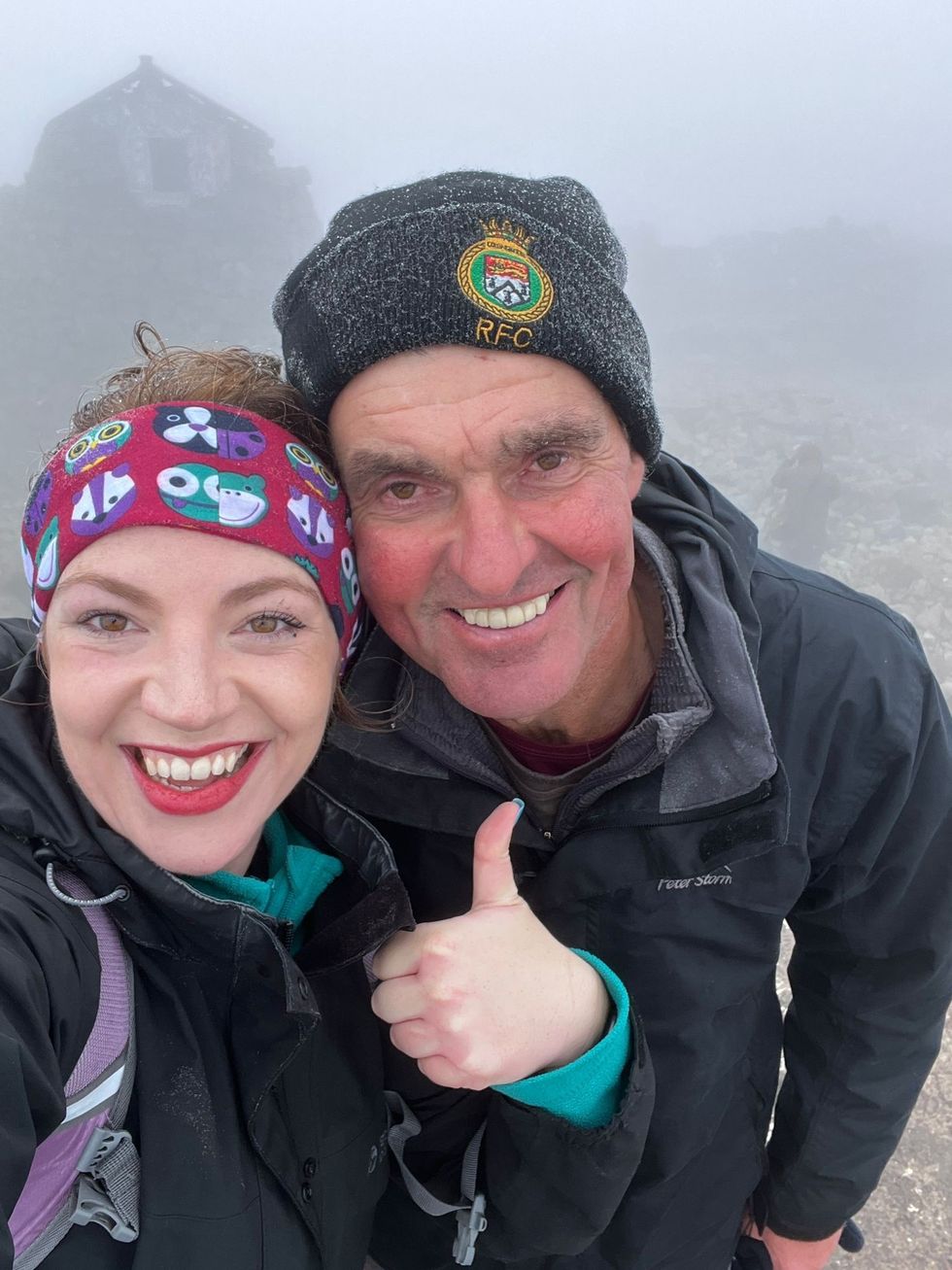 A physiotherapist and the man whose life she saved after he collapsed on Britain’s highest mountain have returned to finally make it to the summit together two years on.

Trevor Botwood, 63, who suffered a cardiac arrest on Ben Nevis in August 2020, said he decided to make the climb with Courtney Ferguson to “put the incident to bed”.

They also wanted to raise money for the mountain rescue service.

Mr Botwood said he owes his life to the off-duty NHS Lothian physiotherapist, who noticed him in difficulty as she walked up with her sister.

He had set off to climb Ben Nevis in August 2020 for the first time with his sister, Irene, in memory of his nephew, and planned to place his nephew’s photo at the top.

Ms Ferguson, 27, from Edinburgh, said: “The mountain was busy with tourists, everyone was encouraging one another to keep on going. I saw a man around the halfway point leaning into his walking poles, I stopped to offer some encouragement when he tumbled forwards hitting his head off the rocks.”

Ms Ferguson was unable to find a pulse on Mr Botwood and knew he needed urgent treatment.

Mr Botwood had suffered a cardiac arrest, although this was not known at the time.

The physiotherapist, who works at Bonnyrigg Health Centre, in Bonnyrigg, Midlothian, said: “All my previous training just kicked in and I went into autopilot. I managed to get another passer-by to help hold Trevor’s head to aid his airway, while I started doing chest compressions.

“My sister, Brogan called 999 and alerted Trevor’s sister who was further down the mountain.

“When Trevor finally regained consciousness, I was able to use what I had learned during my time in ICU throughout the Covid-19 pandemic, and knelt behind him holding him until the helicopter got there as he was quite distressed.

“It felt like it had only been around 10 minutes but, actually, I carried out chest compressions for nearly 20 minutes.”

Mr Botwood was flown to the Queen Elizabeth University Hospital in Glasgow for treatment and was later transferred to a hospital in his hometown of Leeds where he made a full recovery.

The pair have kept in touch since the incident and have become good friends.

On August 6 this year, they returned to Ben Nevis to hike up it together along with their friends and family to raise money for Scottish Mountain Rescue.

Mr Botwood said: “I owe my life to Courtney, she’s a beautiful person inside and out.

“I decided that in order to move on and put the incident to bed I had to try and climb Ben Nevis again.

“I am usually a fit and healthy person and go on many walks – it just so happened that on that day in 2020 something went wrong.

“Heading back up Ben Nevis with Courtney two years after she saved my life felt really special. If it wasn’t for her and her swift actions, I wouldn’t be here today.

“It was brilliant to finally reach the top, it was like a big weight had been lifted off my shoulders.

“We’ll be planning our next trip to meet Courtney and her family again soon.”

Mr Botwood was able to finally place a photo of his nephew at the summit, along with that of another nephew who has since died.

Prince Andrew heckled as he follows Queen's coffin in Edinburgh

Please log in or register to upvote this article
EdinburghLeeds