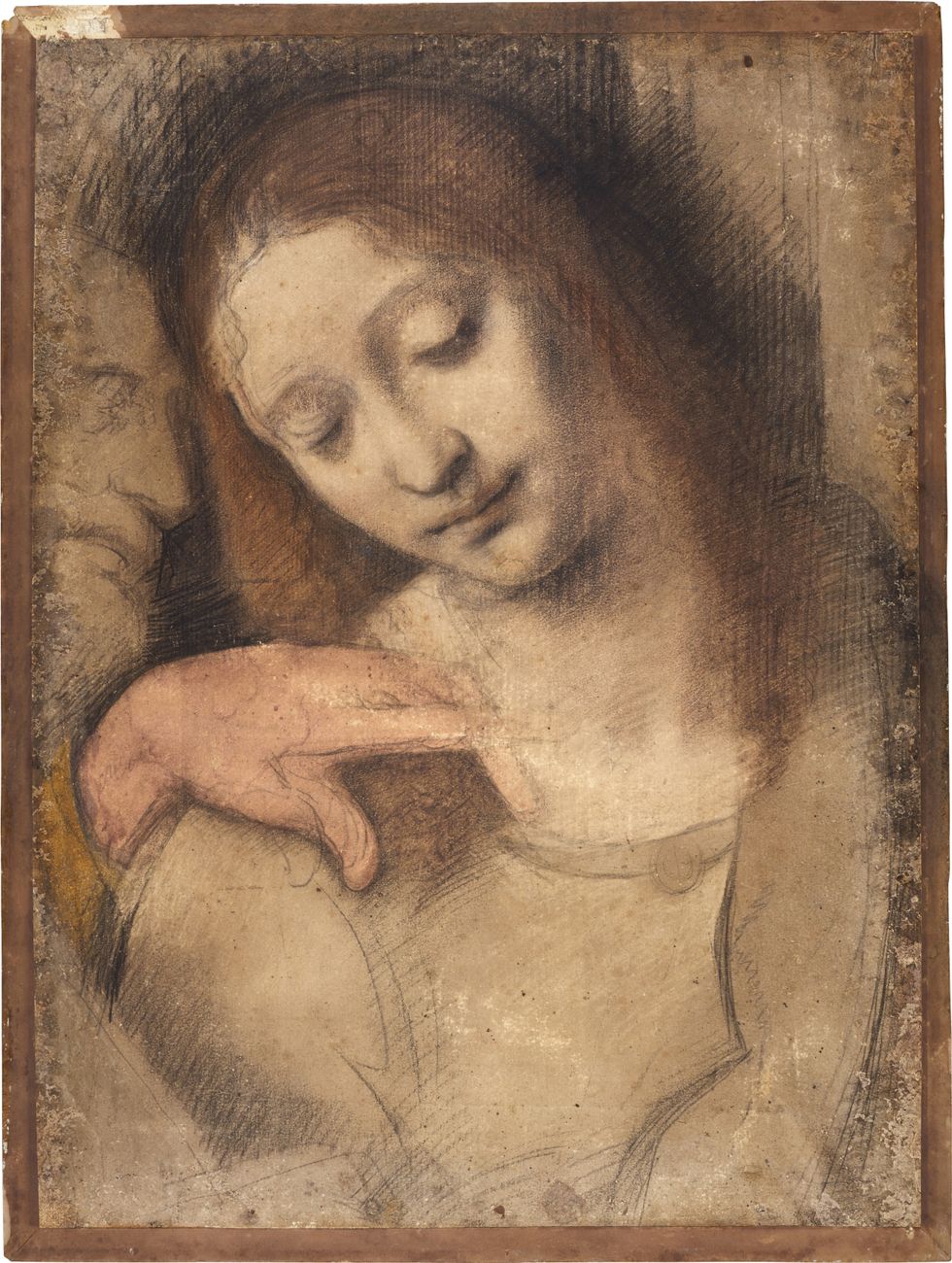 A pair of chalk sketches up for sale will be “as close as any collector is going to get” to owning Leonardo da Vinci’s The Last Supper masterpiece.

The drawings of apostles St John the Evangelist and St James the Less were completed by da Vinci’s leading pupil Giovanni Antonio Boltraffio, who was heavily influenced by his master.

The studies were drawn after da Vinci completed The Last Supper, providing a record of what the master’s original painting looked like before its condition began to deteriorate.

St James the Less with the indication of the right shoulder and open hand of St. Andrew (Sotheby’s/PA)

Cristiana Romalli, senior director of old master drawings at Sotheby’s, said: “Leonardo da Vinci’s Last Supper began to deteriorate almost as soon as it was finished, and it is only through rare drawings such as these, most probably made by his close associate Boltraffio soon after Leonardo finished his masterpiece, that we can understand the full impact this exalted work must have had when it was first created.

“This is as close as any collector is going to get to owning The Last Supper itself.

“These two grand drawings also reflect the great technical innovations that Leonardo introduced in his drawings.”

Da Vinci is understood to be the first artist to draw large heads in coloured chalk but no drawings have survived. The two expressive sketches created by a pupil so heavily influenced by his master sheds light on da Vinci’s technique.

They belong to one of two surviving sets of contemporary sketches of The Last Supper, all of which are preserved in museums and private collections.

The drawings are included in Sotheby’s Masters Works on Paper from Five Centuries auction on July 6 and are expected to fetch up to £120,000 each.