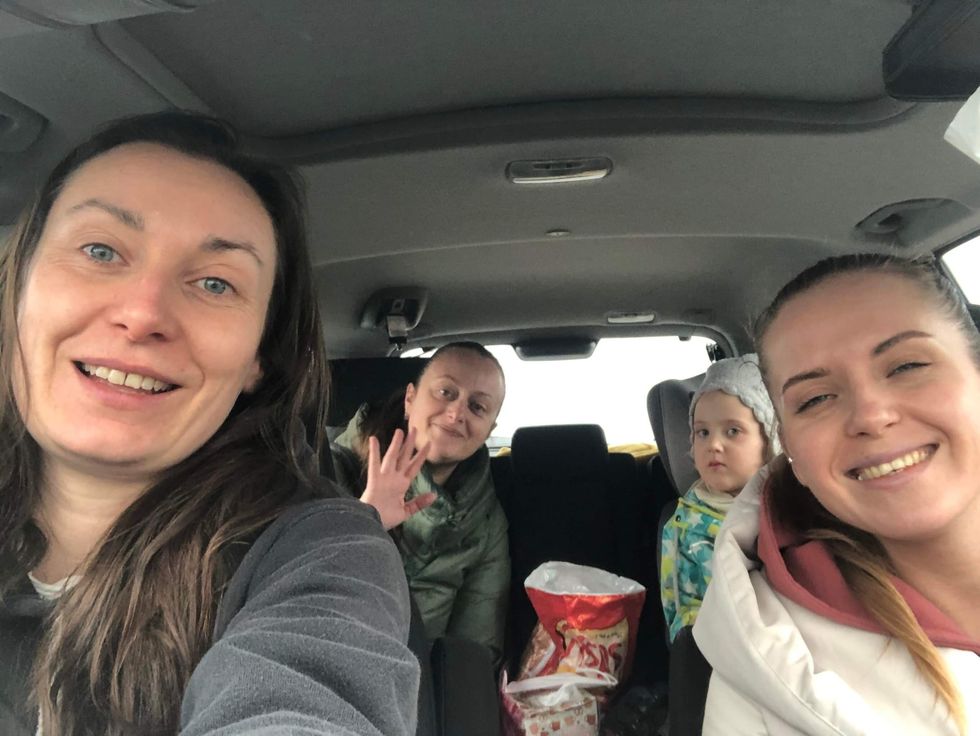 When the war in Ukraine broke out, Scotswoman Demelza Sully borrowed her parents’ car and headed to Poland.

Ms Sully, a 40-year-old from the village of Eredine, in Argyll and Bute, put out the word on social media that she had a car and was willing to help drive Ukrainian refugees from the Polish border to wherever they needed.

Already, the food technologist has brought three families across Europe to safety and has received donations of £3,000 from friends and family to support her mission.

In total, she has travelled around 5,000 miles since the outbreak of war in her parents’ car, offering any help she can to refugees unable to fly.

The knowing how much they've gone through is the hard bit. Wanting them to trust me – they're putting their lives in the hands of a stranger

Viktoria Kasianenko, 39, was driven along with her four-year-old daughter Barbara Yevlakhova and step-daughter Anna Yevlakhova, 32, to join her husband Yury, 58, in Dublin.

They would have struggled to make it without the help of Ms Sully, who drove them from Poland all the way to the Irish capital.

Speaking to the PA news agency after arriving in Dublin, they described Ms Sully as “the angel who saved us”.

“The wanting to make people feel comfortable, safe and secure in such a difficult situation is the heart-breaking bit for me.”

The Scotswoman is married to a Polish man, so she is familiar with driving through the country.

She said she has seen many Ukrainians, with little English, struggle in airports while trying to book last-minute flights.

“It was a wing and a prayer to get them on the planes,” she said.

Ultimately, she wants to help in any way she can those fleeing the horrific conflict.

“The knowing how much they’ve gone through is the hard bit. Wanting them to trust me – they’re putting their lives in the hands of a stranger,” she said.

“It is so many women travelling on their own. And I’m a woman.

“I just want them to feel safe and comfortable.

“There have been so many tears over this journey, in a good and a bad way.”

She has been disappointed by the response of the UK Government to the crisis.

Ms Sully described how few difficulties there were in bringing Ukrainian refugees to Dublin.

“Although the UK are doing some further steps to be kinder and more helpful, they’re still not stopping the visa stage,” she said.

“A lot of people are wanting to come to the UK. I can see that on the group chats at the moment.”

Ms Sully took time off work to travel to Europe and hopes to return.

“I can see a need for it. Even if it is just being with people at the airport to help them.”

But in the meantime, she has a car to return to her parents.

“I think they need it back,” she said.

Please log in or register to upvote this article
AirlinesdrivingDublinrefugeesRussiaUkraine