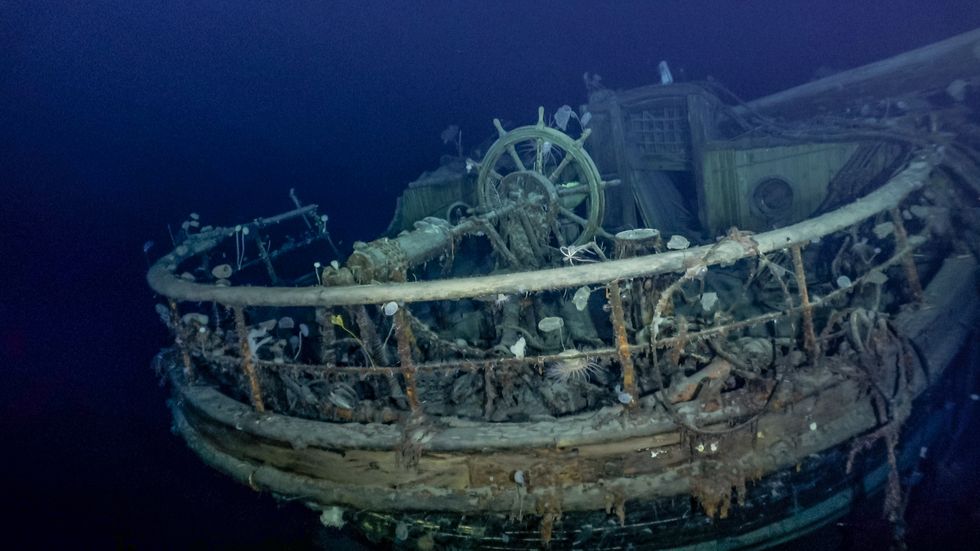 The crew that discovered the wreck of Sir Ernest Shackleton’s lost ship feared “running out of time” and becoming “trapped” in the Antarctic ice as temperatures dropped.

Endurance became stuck in ice and sank in the Weddell Sea off the coast of Antarctica in 1915 and had been lost until a mission vessel, launched in February, a month after the 100th anniversary of Sir Ernest’s death, located it.

The expedition’s director of exploration described the “strange day” he was alerted to the discovery just three days before the mission had to finish.

He told of being a “bundle of nerves” in the days prior to the find, as millions had been pumped into the mission and the crew was being battered by -18C winds, bringing fears of frostbite.

Mensun Bound told the PA news agency: “I remember the moment we set foot on board. All of a sudden the intercom system was blasting out our names demanding that we came to the (vessel’s) bridge immediately and the head of the subsea team said ‘gentleman, I want you to meet Endurance’.

“It was just a brilliant moment. We were patting each other on the back. There was laughter and rejoicing on the bridge, which is usually a very sober place but not that day- it was a wonderful moment.”

The Falklands Maritime Heritage Trust said Endurance was found at a depth of 3,008 metres and approximately four miles south of the position originally recorded by the ship’s captain Frank Worsley.

Mr Bound continued: “It’s an incredible sight to me. It’s sitting there proud of the seabed. It’s upright and its state of preservation system is absolutely remarkable.

“You can see the paintwork on it, you can count the fastenings on the timbers and to cap it all you have that amazing situation right in the stern where you can see the ship’s wheel perfectly intact.

“And you go over the back around the counter stern, there in capital letters the words ‘Endurance’ and beneath it the Polaris star with its five points.

“Beneath that you can see the rudder lying on the floor, which was the cause of all their problems. When the rudder was ripped aside and torn off that was when the water entered Endurance and then it was game over.”

Sir Ernest and his crew had set out to achieve the first land crossing of Antarctica but Endurance did not reach land and became trapped in dense pack ice, forcing the 28 men on board eventually to abandon ship.

They were stuck in the ice for around 10 months before escaping in lifeboats and on foot.

The Endurance22 Expedition set off from Cape Town, South Africa last month aiming to find the wreck after 107 years.

Dr John Shears, the expedition leader, said: “We were running out of time, we only had three or four days left in the Weddell Sea where we could possibly find the wreck.

“Temperatures were dropping, we knew that the sea ice was forming. If we hadn’t found the wreck when we did, it would have been extremely difficult for us to stay any longer.

“We were right on the end of the Antarctic summer season. We could have been in real danger of having the vessel trapped in ice.

“It was even better because we’d been searching for so long, we’d had numerous false alarms. To actually see the wreck when it’s so pristine – it’s as if that wreck just sunk yesterday – was a real jaw-dropping moment for me.

“When I saw the first images I had no comprehension it would be as spectacular as it is.”

Dr Shears described the moment that he saw the words ‘Endurance’ were still intact on the ship, saying the images were “iconic” and “historic”.

Please log in or register to upvote this article
AntarcticaEndurance