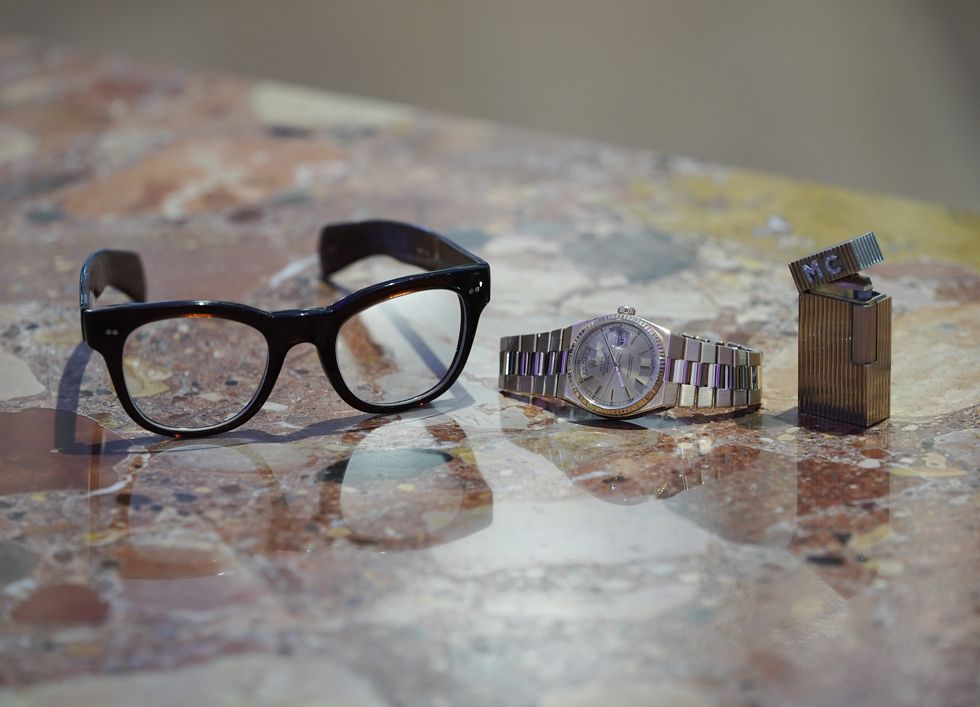 A gold Rolex owned by Sir Michael Caine has sold for £125,250 during an auction of the actor’s personal collection.

The Oscar winner, 88, and his wife Shakira put mementos from his film career as well as artwork, furniture and jewellery up for sale as they are downsizing into a new home.

A 1977 oil painting by John Bratby of the actor, which was expected to sell with an upper estimate of £3,000, was also among the lots which went under the hammer at Bonhams auction house in London on Wednesday evening. It sold for £31,500.

Also among the collection was Sir Michael’s own Indian rosewood pedestal desk that fetched £12,750 and a poster from one of his early movies, the 1964 war film Zulu which went for £14,625.

Another portrait of Sir Michael by Lincoln Townley sold for £15,000 with the proceeds of the sale being donated by the actor and his wife to the National Society for the Prevention of Cruelty to Children (NSPCC).

A film poster of Zulu, which sold for £11,500, was among the actor’s collection (Aaron Chown/PA)PA Wire/PA Images - Aaron Chown

A director’s chair from the 1971 crime film Get Carter, in which Sir Michael starred as gangster Jack Carter, had an upper estimate of £1,200 but sold for £6,375.

Other items from his seven-decade screen career featured in the sale included a film poster for 1966 romantic comedy Alfie, which earned him an Oscar nomination for best actor, that sold for £1,402.50.

Two signed posters also went under the hammer. One of the 1969 Battle Of Britain war film which saw Sir Michael act alongside Laurence Olivier sold for £5,737.50 while the other for The Italian Job where he starred as protagonist Charlie Croker made £10,837.50.

A piece by Marc Chagall titled Les Amoureux Dans L’arbre sold for £81,500 while the painting Peel Park by LS Lowry went under the hammer for £44,000.

A number of black-and-white photographic prints featuring Sir Michael throughout the years, as well as two pairs of spectacles belonging to the veteran actor were also part of the collection.

Sir Peter Wanless, chief executive of the NSPCC, said: “We are absolutely delighted that Sir Michael Caine has chosen to donate all the proceeds raised from the sale of this fantastic portrait to the NSPCC.

“Sir Michael Caine is a long-standing ambassador of the NSPCC and has been a great champion of our vital work. The £15,000 raised from the sale of the portrait will provide vital support in our fight to prevent child abuse.”

Charlie Thomas, Bonhams director of house sales and iconic collections, added: “Sir Michael Caine is a cinema legend. It has been an incredible honour to be entrusted with his personal collection, and it is no wonder it inspired such passionate bidding in this blockbuster sale.”

Please log in or register to upvote this article
Bonhams

People on TikTok are photoshopping Andrew Tate to look feminine