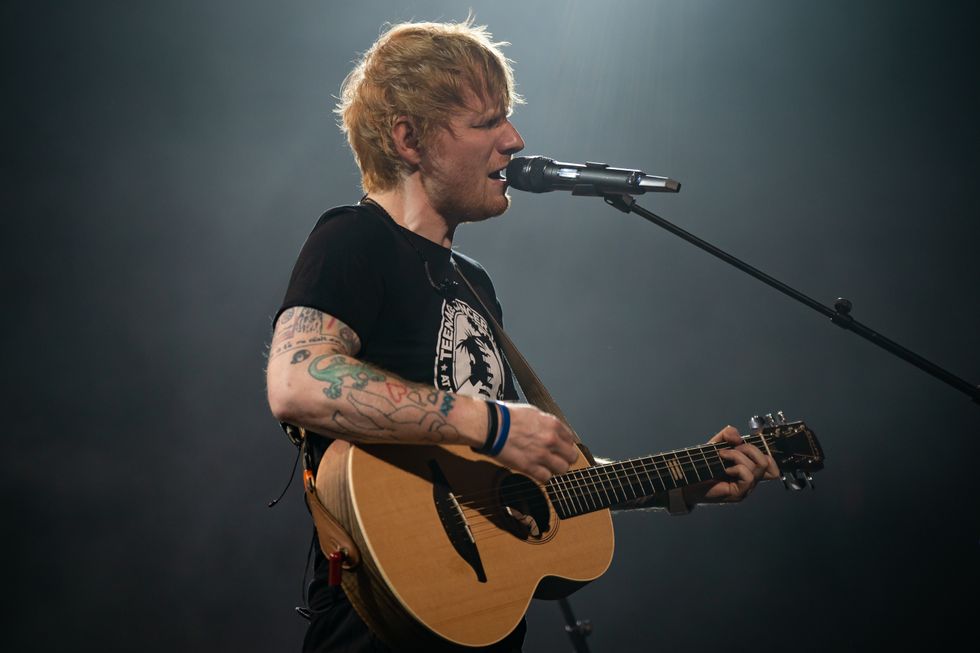 A fundraising concert for Ukraine featuring stars such as Ed Sheeran, Camila Cabello and Emeli Sande has raised more than £13.4 million for the humanitarian effort in the war-torn nation.

The Disasters Emergency Committee (DEC) announced that its Ukraine Humanitarian Appeal has now raised a total of £260 million following the two-hour Concert for Ukraine in Birmingham.

The broadcast saw a surge in donations to the DEC’s Ukraine appeal as an average of three million people tuned in, peaking at 3.6 million.

Profits from ticket sales and an estimated £3 million in advertising revenue from ITV will also be donated, with the concert raising more than £13.4 million in total.

The overall total of £260 million also includes £25 million matched by the UK Government at the start of the appeal.

The evening at the Resorts World Arena featured a star-studded line-up that also included Paloma Faith, Anne-Marie and Gregory Porter – and was punctuated by short video pieces documenting the lives of displaced Ukrainians both inside and outside the country.

Sheeran took to the stage solo for a two-song set of his hits Perfect and Bad Habits.

Between the tracks, he told the audience: “Thank you so much for coming. It’s such an important cause and I am so honoured to be here.”

He was forced to pause briefly as he began his second song, admitting light-heartedly “I’ve got the wrong guitar”.

After making a quick change he resumed the show, to cheers from the crowds.

Pop superstar Cabello was backed by a string section for a performance of Coldplay’s hit Fix You before she was joined by Sheeran for a live debut of their new track Bam Bam.

She told the crowd: “We are praying tonight for the peace and safety of the people in the Ukraine.”

Ukrainian Eurovision winner Jamala, whose real name is Susana Jamaladinova, took to the stage after fleeing her home country following the invasion.

The 38-year-old delivered a rendition of her song 1944, about the forced deportation in Crimea during the rule of Joseph Stalin.

She waved a Ukrainian flag throughout her performance and was dressed in red.

Emma Bunton, one of the hosts, appeared visibly moved by her song.

“Wow, thank you so much for Jamala for being with us and representing Ukraine during this very special concert here tonight – incredible,” she said.

Jamala previously said her close friends and family remain in a bomb shelter in the Ukrainian capital Kyiv.

A superb performance from @Manics at #ConcertForUkraine 💫 Any donation is hugely appreciated, head to… https://t.co/6UpfHqsWYL
— ITV (@ITV) 1648584561

Welsh rock band Manic Street Preachers delivered an impassioned performance of their song If You Tolerate This Your Children Will Be Next, which has lyrics inspired by the Spanish Civil War.

There was also a performance from singer-songwriter Tom Odell, who recently went to the Romanian capital of Bucharest where he performed his hit Another Love for refugees arriving by train in the city.

Veteran broadcaster and journalist Sir Trevor McDonald appeared on stage to highlight the work of journalists reporting from the front line of the war.

Presenter and actress Mel Giedroyc, whose father fled Poland as a refugee during the Second World War, had fronted a short film at the Ukraine-Romania border which was shown to the audience.

Emotional, she said history was “repeating” itself.

There were also video messages from Billie Eilish and her brother and collaborator Finneas O’Connell.

All sponsorship and advertising revenue generated from the broadcast were donated by ITV to the DEC appeal.

Please log in or register to upvote this article
ITVUkraine