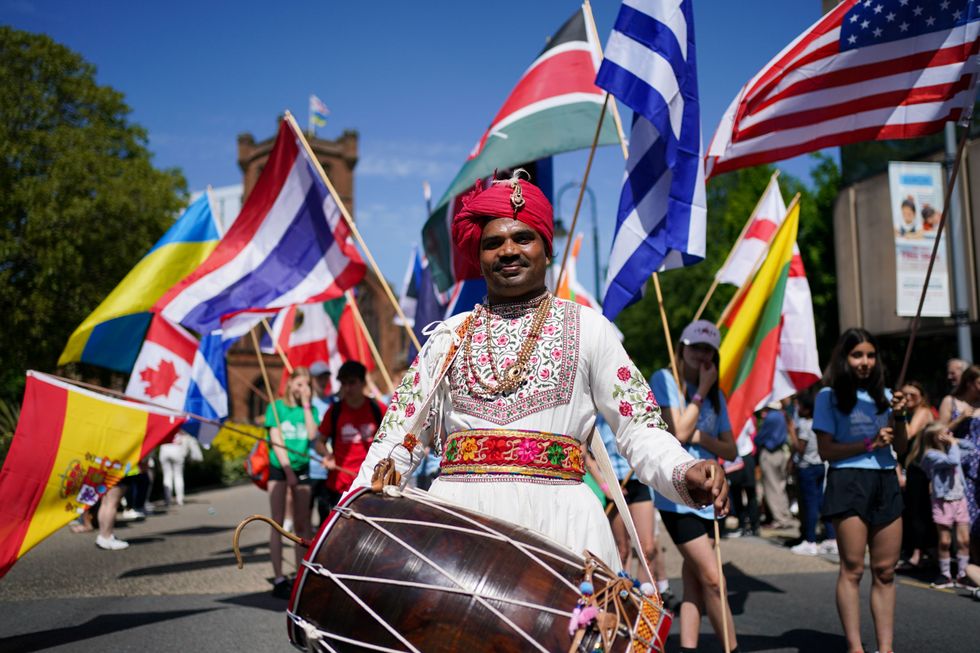 Thousands of people lined the streets as a colourful carnival-style parade marked the end of Coventry’s time as the UK City of Culture.

Around 1,200 noisy local artists, performers and community groups took part in the event on Saturday.

The “This is the City” parade was billed by organisers as an “unforgettable and celebratory city-wide takeover”, which included plenty of drumming clapping throughout.

Coventry was named City of Culture in 2017 by the Department for Digital, Culture, Media and Sport (DCMS).

Coventry Moves delayed the start of its programme to May 2021 because of the impact and ongoing uncertainty caused by the pandemic.

The first city to be awarded the accolade was Derry-Londonderry in 2013, followed by Hull in 2017.

A winner is chosen every four years, and holds the honour for one year.

A news reporter said the wrong William Shakespeare had died

Gran, 91, who had Pfizer jab first urges people to get second dose

Please log in or register to upvote this article
Coventry