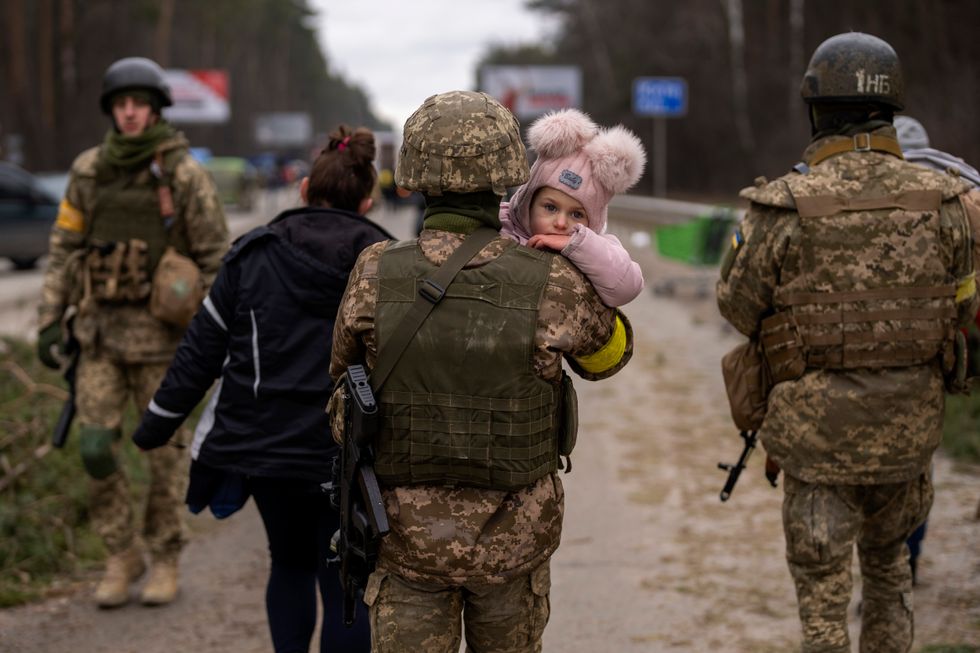 More than £85 million has been raised to provide aid for Ukraine in what has been described as an “absolutely incredible” show of support from the UK public.

The Disasters Emergency Committee (DEC) has thanked everyone who has contributed so far and said the message from aid workers at Ukraine’s borders and inside the invaded nation is that money is needed rather than donated items.

The DEC, made up of 15 leading UK aid charities aiming to raise funds quickly and efficiently at times of crisis overseas, has warned that support for Ukraine is likely to be needed for “months and years” and it urged people to keep donating.

DEC chief executive Saleh Saeed told BBC Breakfast: “What we would advise is the things that people collect today here in the UK are not necessarily what people need tomorrow.

“That’s why we would urge, please donate cash through a reputable charity.

“Trying to transport goods from here, the UK, thousands of miles to Ukraine will take a long time and may not be necessarily what people need when it arrives.”

Mr Saeed asked people to consider giving to the DEC appeal, saying the aid will reach the most vulnerable, including women and children who have fled Ukraine to neighbouring countries.

In an update on Saturday, the DEC said: “We are seeing an absolutely incredible response from the public to this appeal, which has now raised over £85 million.

“We’re grateful to everyone who is giving, organising events and helping to spread the word.

“Our member charities are at the borders and inside Ukraine responding to the huge and growing humanitarian crisis. They’re telling us that what they need is funding rather than donated items. The things that people give today might not be what people need tomorrow.”

The committee said “generous donations” have already been made to the appeal by the Queen, the Prince of Wales and the Duke of Cambridge among others, and the latest total includes £25 million from the UK Government.

Celebrities have been involved in highlighting the appeal, with broadcasts by Trigger Point actor Adrian Lester and Game Of Thrones star Kit Harington after the evening news on Thursday, and commercial radio appeals voiced by Doctor Who star David Tennant.