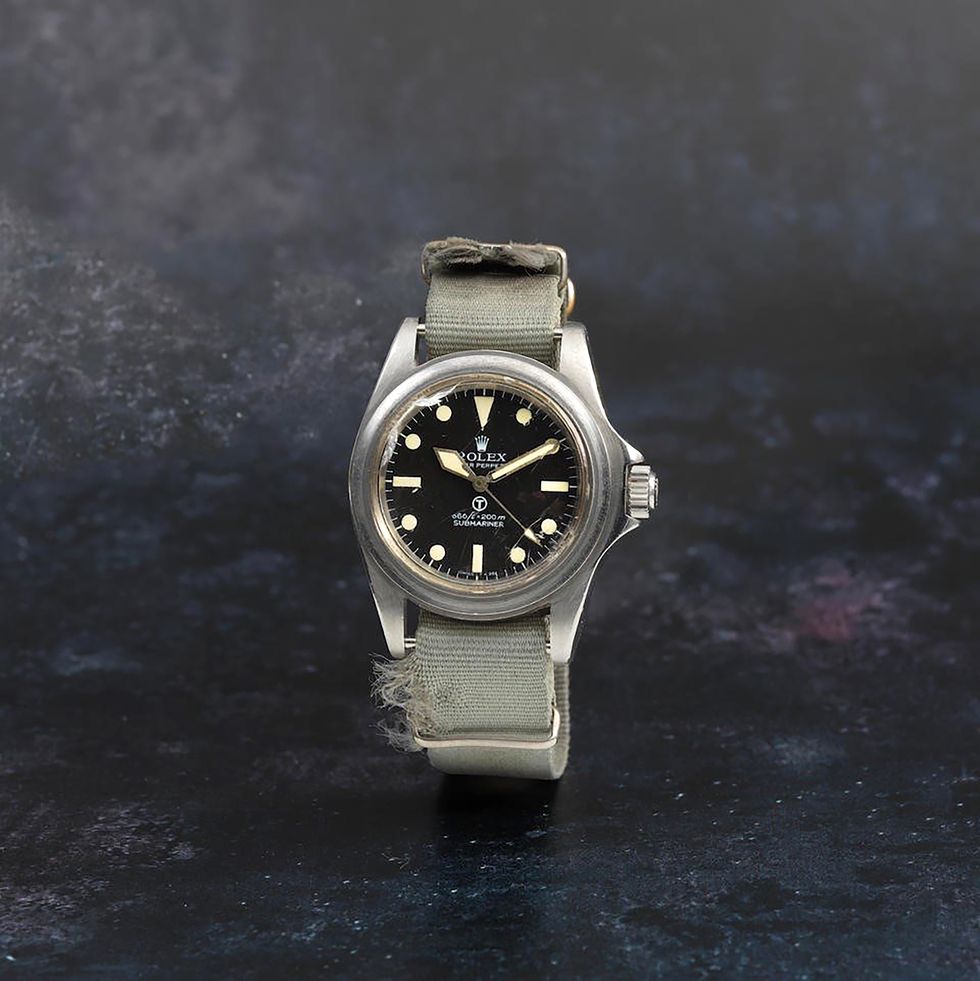 An ultra-rare Rolex has sold for £155,000 at an auction (Nick Brewster/PA)
PA Wire/PA Images - Nick Brewster

An ultra-rare Rolex which had been sitting in its owner’s drawer for decades has sold for £155,000 at auction.

Starting at a £60,000 bid, the watch sold for well over its expected price in about two minutes at the online Bonhams auction on Wednesday.

A Perthshire resident, who wishes to remain anonymous, took the rare item to Crieff-based antique dealer Nick Brewster who said there was something special about it.

Speaking after the auction, Mr Brewster, of Nick Brewster Art and Antiques, said: “The hammer price of £155,000 plus commission was above what we had hoped for and both myself and my client are overjoyed with the result.

“It was a pleasure to be able to bring the watch to market and for it to achieve such a high price.”

He previously described the item as “one of the rarest and one of the most collectable watches today”.

Known as a MilSub, the watch was issued to a former Royal Navy diver in the 1970s by the Ministry of Defence and was bought from him by the second owner in the early 1980s.

From then on, the rare item became his go-to dive watch until the bezel fell off in a dive in 1996 and it was then stored in a chest of drawers.

Now, some 40 years later, it is with its third owner.

Despite the eye-watering figure, the sale fell short of the cost of the last original MilSub to reach the Bonhams London saleroom which, according to Mr Brewster, made £180,000 in February.

It is thought that between 1971 and 1979, only 1,200 of these watches were issued as standard basic equipment by the MoD, mainly for use by Navy submariners and their leading divers and mine-clearance personnel.

Please log in or register to upvote this article
AuctionBonhamsRolexScotlandWatch