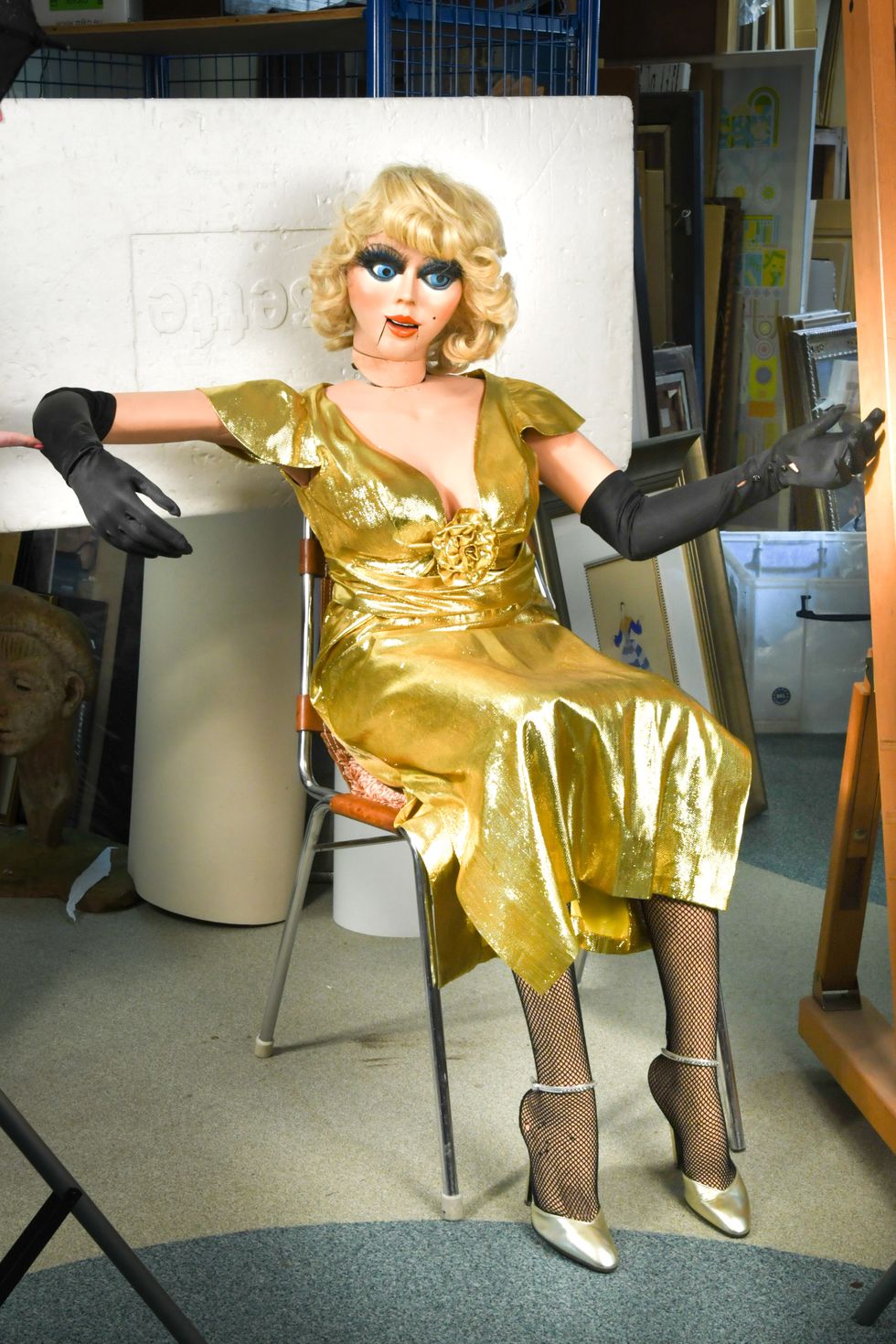 A ventriloquist’s dummy used by comedy star Ronnie Barker in a TV advert for Sekonda Watches is to be sold at auction.

Barker, who starred in The Two Ronnies, Porridge and Open All Hours, appeared in an advertising campaign for the firm, and in around 1978 he was filmed alongside a blonde-haired dummy in a glitzy gold dress.

The campaign used the slogan “Sekonda – a lot of watch for a little money”.

The dummy is being sold by Paul Baker, whose late father Roland Baker had worked with Sekonda and was given the prop once filming was finished.

Mr Baker, a 64-year-old architect from London, said: “The dummy was only ever used for the one commercial.

“The dummy was made for the production company that filmed the advert and was surplus to requirements the moment that filming was complete.

“It was offered to my father who took it home as a souvenir, where it was then tucked away into a wardrobe for 43 years.

“My parents had two homes, one in Chiswick, west London, the other in Sandbanks in Dorset that was used as a weekend and holiday home.

“The dummy was kept at the south coast home where, until the 1990s it sat in a wardrobe in a spare bedroom, shocking unsuspecting guests that happened to open the cupboard door to find the figure staring out.

“In retrospect it seems it was probably modelled on Blondie the American rock singer but at that time it seemed to be simply a caricature.”

He said the TV adverts were “relatively sophisticated for their period as they were carefully scripted as comedy sketches”.

“Both Saatchi brothers and the photographer David Bailey were involved at one time or another with the production of Sekonda commercials,” said Mr Baker.

Pre-sale estimate for the dummy

“Ronnie Barker was central to their 1970s campaigning, appearing in a number of memorable adverts where he would assume different characters in the same advert.”

Mr Baker inherited the dummy from his father, who died last year.

Roland Baker was managing director of Global Watches from 1966 to 1988, and one of its brands was Sekonda Watches.

The dummy is being auctioned by Cheffins in Cambridge as part of The Art and Design Sale on May 26 and has a pre-sale estimate of £400 to £600.

It is being sold together with a period Sekonda catalogue featuring Barker and the dummy on the cover.

Please log in or register to upvote this article
Auction