Waterways charity to plant thousands of trees this spring 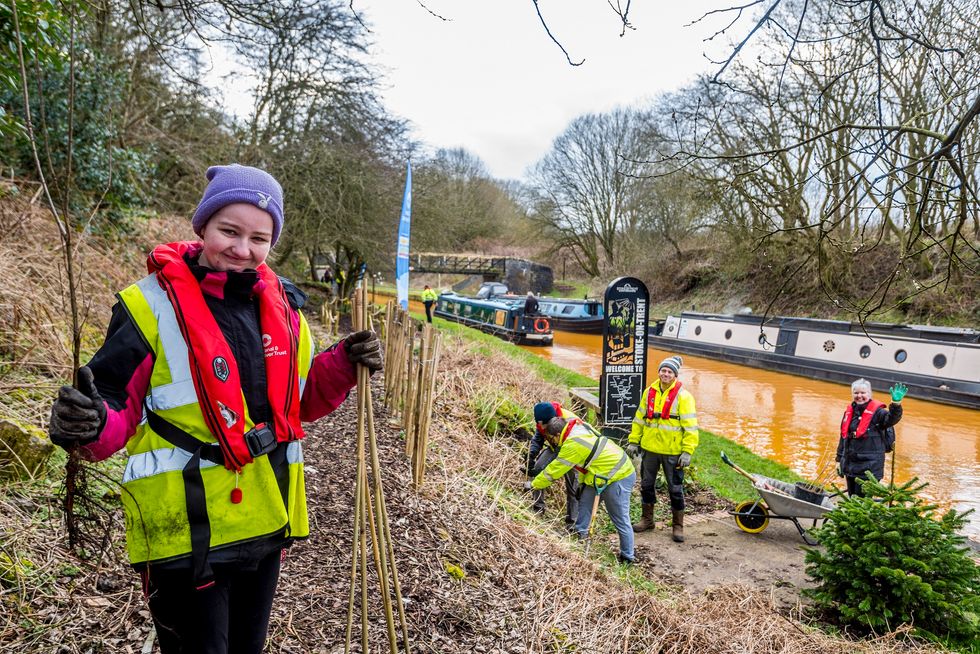 A charity that protects around 2,000 miles of waterways in England and Wales will be planting 21 football pitches’ worth of trees this spring.

The Canal and River Trust will be planting 14,000 trees in the coming weeks to create “green corridors” for wildlife grappling with the twin threats of habitat loss and climate change.

The programme, funded by a £150,000 grant from the People’s Postcode Lottery, will see volunteers plug gaps in hedgerows and establish news woodland, the charity said.

It is hoped that once established, the new trees will absorb around 5,500 tonnes of carbon dioxide each year.

With one in eight people not having access to private outside space, our canals have become everyone's back garden

Among the species due to be planted are hazel, hawthorn, blackthorn, dogwood, dog rose and alder buckthorn.

Canals can help link key wildlife “islands”, the charity said, that are coming under greater pressure from urban sprawl and the loss of thousands of miles of traditional hedgerows in recent decades.

These man-made waterways can provide passage, food and shelter for birds, bats, insects and small mammals.

Richard Parry, chief executive of the Canal and River Trust, said: “Built to move goods and materials in the Industrial Revolution and still used by record numbers of boats today, canals have also become vital wildlife highways across England and Wales.

“The trees being planted will be enough to cover 21 football pitches, however by targeting the planting to create continuous hedgerows and transform unloved areas into woodlands and orchards, the total benefit will be much greater than the sum of its parts.”

The trees will also be planted on old dredging tips – piles of earth from canal and river dredging, at reservoirs and added to existing woodlands and along riversides across England and Wales.

Mr Parry continued: “With one in eight people not having access to private outside space, our canals have become everyone’s back garden.

“So, in addition to being vital for wildlife and their ongoing role for boats, the woodlands and orchards that we’ll be creating, with the help of volunteers, will be peaceful places for local communities to spend time, with the mental and physical health benefits that being close to water and nature bring.

“The planting also represents a step change in moving to offset all residual emissions in helping to tackle climate change, with the trees predicted to absorb thousands of tonnes of carbon.

“We all have a role to play in working towards net zero.”