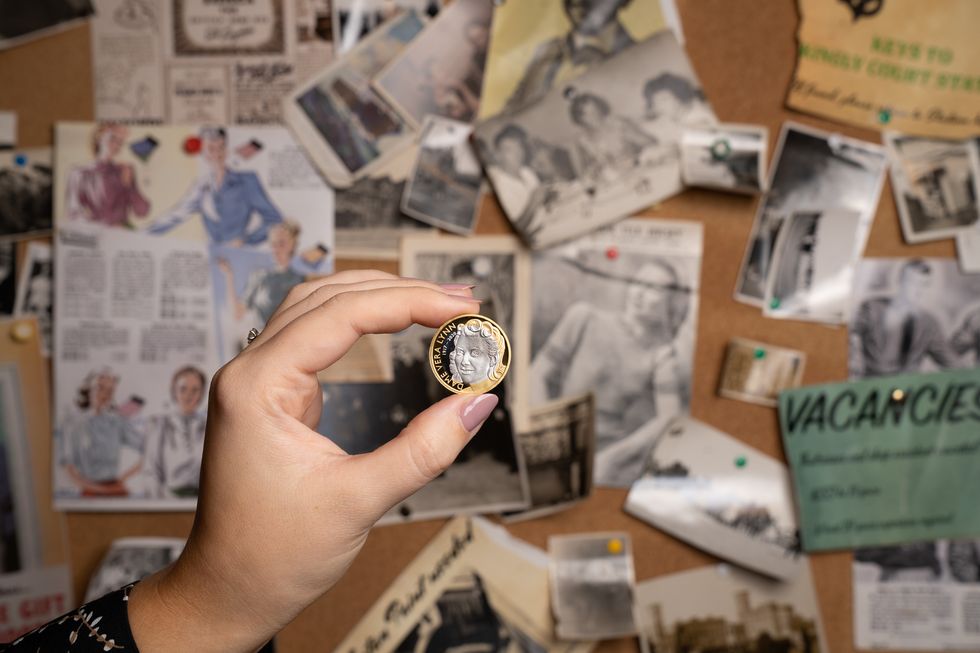 Forces’ sweetheart Dame Vera Lynn is being celebrated with the launch of £2 coins designed by the Royal Mint.

The singer and entertainer lifted people’s spirits during the Second World War with songs including We’ll Meet Again and The White Cliffs Of Dover.

The reverse design of the £2 coin design features a detailed portrait of Dame Vera, accompanied by her name and the dates denoting the years of her life. The coin also features an edge inscription that reads: “We’ll meet again”.

Dame Vera continued to perform and win new fans long after the Second World War. She died in June 2020, aged 103.

The coin, designed by the Royal Mint’s in-house designers, was originally unveiled as part of a five-coin collection.

Dame Vera’s daughter, Virginia Lewis-Jones, said: “It’s fantastic to see my mother celebrated in this way and to ensure her legacy lives on.

“We’re just so excited and pleased – even more so knowing that Royal Mint coins require approval of Her Majesty the Queen. I’m especially pleased that this coin is available to international collectors. Over the years I’ve always been touched by the sacks of letters we receive from people all over the world who have been moved in some way by my mother’s music, charity work or morale-boosting performances during the war.”

Dame Vera also became heavily involved with charity work later in her life. In particular, she campaigned for the Burma Star Association – a British veterans’ association for ex-servicemen and women who served in the Burma Campaign during the Second World War.

Clare Maclennan, director of commemorative coin at the Royal Mint, said: “Dame Vera Lynn’s songs were crucial in maintaining morale during the Second World War and it is an honour to celebrate her legacy on a £2 coin.

“The collectable £2 is the Royal Mint’s latest tribute to one of Britain’s greatest national treasures. We are delighted to have worked with Dame Vera’s family to help this coin come to life.”

The coin will not enter general circulation, but collectors can buy brilliant uncirculated, silver and gold versions from the Royal Mint’s website.

Please log in or register to upvote this article
Royal Mint