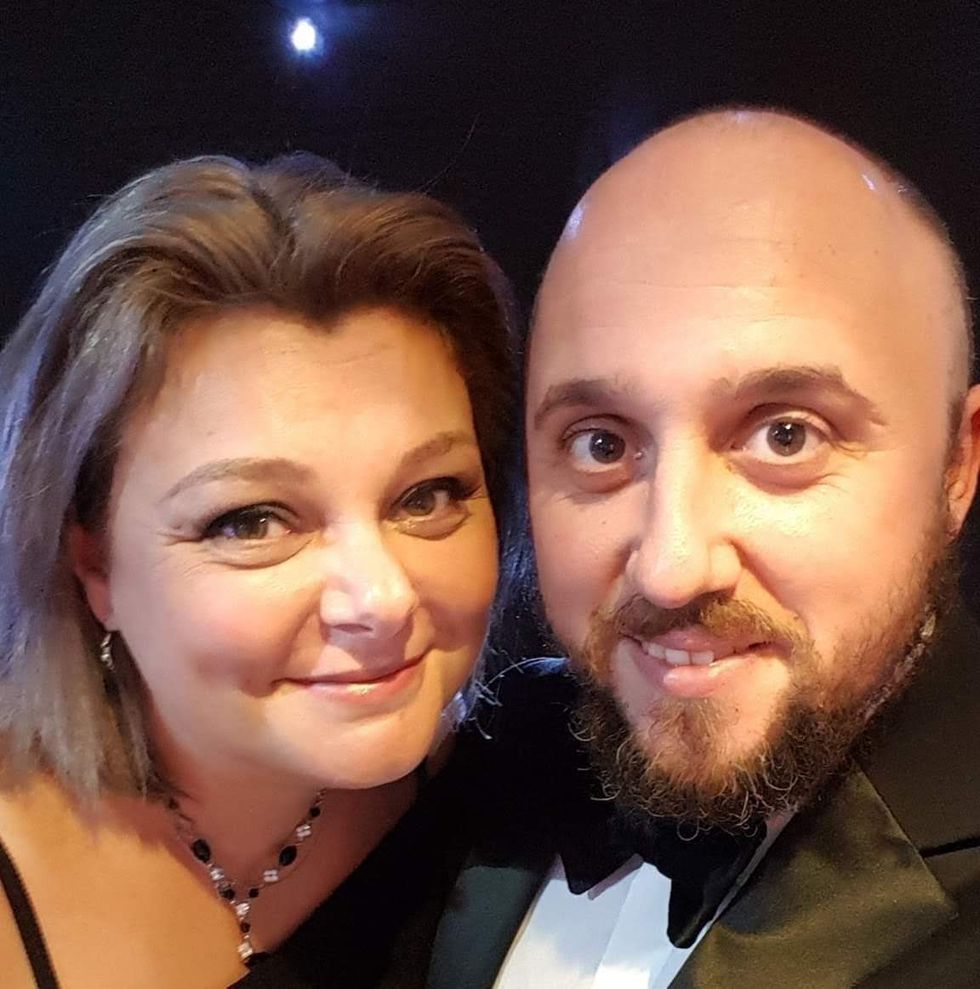 An aircraft support engineer hopes to complete his 13th challenge – climbing Mount Kilimanjaro – to raise money for the hospice that cared for his “incredible” wife during her final months with breast cancer.

Steve Radcliffe, 42, who lives in Camberley, Surrey, told the PA news agency that he decided to take on 13 sporting challenges between April and October to raise money for Phyllis Tuckwell Hospice, which supported his wife Janey.

They have including four triathlons in Dorney Lake, Bournemouth and Newbury and a 52-mile cycle sportive in Hampshire, before he tackles Mount Kilimanjaro – the largest free-standing mountain in the world.

“Janey was diagnosed with cancer back in 2016. She just put her head down and got on with it. She was incredible,” he said during Breast Cancer Awareness Month.

“She had chemotherapy, radiotherapy and she had a mastectomy – we thought that she’d got through it, but about 10 months after she finished treatment, we found out that it had come back and it was already in her spine and in her liver.

“So at that point it was kind of end game, so we focused on making the time we had together as memorable as possible.”

He added that his wife needed “decent pain management” about a year before she died, which the hospice provided through a dedicated nurse who “looked after Janey and was there for her to call any time” until her death in November 2020 at the age of 48.

“They were awesome, they were absolutely awesome,” he said.

As he prepares for his final challenge to raise funds for the “fantastic” hospice, Mr Radcliffe said the path to this point has had its share of memorable moments, including an incident with an exploding tyre.

“I did a triathlon where the weather was so hot that my rear tyre exploded,” he said.

“I had one of those slime tyres, which is supposed to prevent punctures, but what actually happened was that the inner tube exploded and I ended up with green slime everywhere – so that was amusing.”

He said his toughest challenge was the Farnborough Flyer in September, which involves a 52-mile cycle ride which left him with cramps in the quads in his legs.

“Every time I tried to go up a hill, my legs just cramped up again and I had to get off the bike and almost squat by the road until they released again so I could carry on.”

Not all challenges provided moments of hilarity or misfortune, with Mr Radcliffe describing the Salty Sea Dog Triathlon in Bournemouth as “good fun”.

The event was a sprint triathlon, with a 750m sea swim, a 23km ride along the top of the cliff and a 5k run along the seafront.

“I’ve never done a triathlon with a swim in the sea before,” he said.

“I really enjoyed having to run from the beach into the water and then run off the beach back up to the bike and get the sand off your feet before your cycle shoes on – or trainers in my case as I forgot mine.”

The hospice has been updated on Mr Radcliffe’s adventures and even put him in touch with the company that organised his trip to Mount Kilimanjaro – a challenge he took on as a friend did it for her 50th birthday, and because he wanted to do something “bigger, quite literally”.

Steve Radcliffe’s challenges have given rise to some memorable moments, including an incident with an exploding tyre (Steve Radcliffe/PA)

As he prepares for his trip to Tanzania on Thursday, he said he is “excited about taking on the challenge with five friends”.

He added that the trip was pushed back because of the pandemic, and “I seem to have collected people to come and climb this mountain with me”.

“I am looking forward to getting there and getting on with it and hope I will be OK with the altitude.”

They aim to go up the mountain in five days and descend in a day and a half, and hope to celebrate reaching the summit by playing ukuleles with vinyl graphics on them designed by his friend Simon Taylor, an engineer.

“I play ukulele with Unplug The Wood, a local music club that also supports the hospice,” Mr Radcliffe said.

“My friend Andy is a member and is joining me to scale Kilimanjaro. We figured why not take a uke to the top of the mountain?

“Before we knew it, we had waterproof ukes all sign-written and ready to travel.”

So far, Mr Radcliffe has raised just over £6,000 out of his £10,000 target and said support for the cause has been “overwhelming”.

“So many people have donated money from a few quid up to a serious amount of money,” he said.

“It’s just been overwhelming – every time I get an email from JustGiving saying that someone else has donated, I just can’t believe it.”

More details about Mr Radcliffe’s fundraiser can be found at justgiving.com/fundraising/kilimanjaro-steve

Please log in or register to upvote this article
CancerFundraiserHospiceMount KilimanjaroSurrey