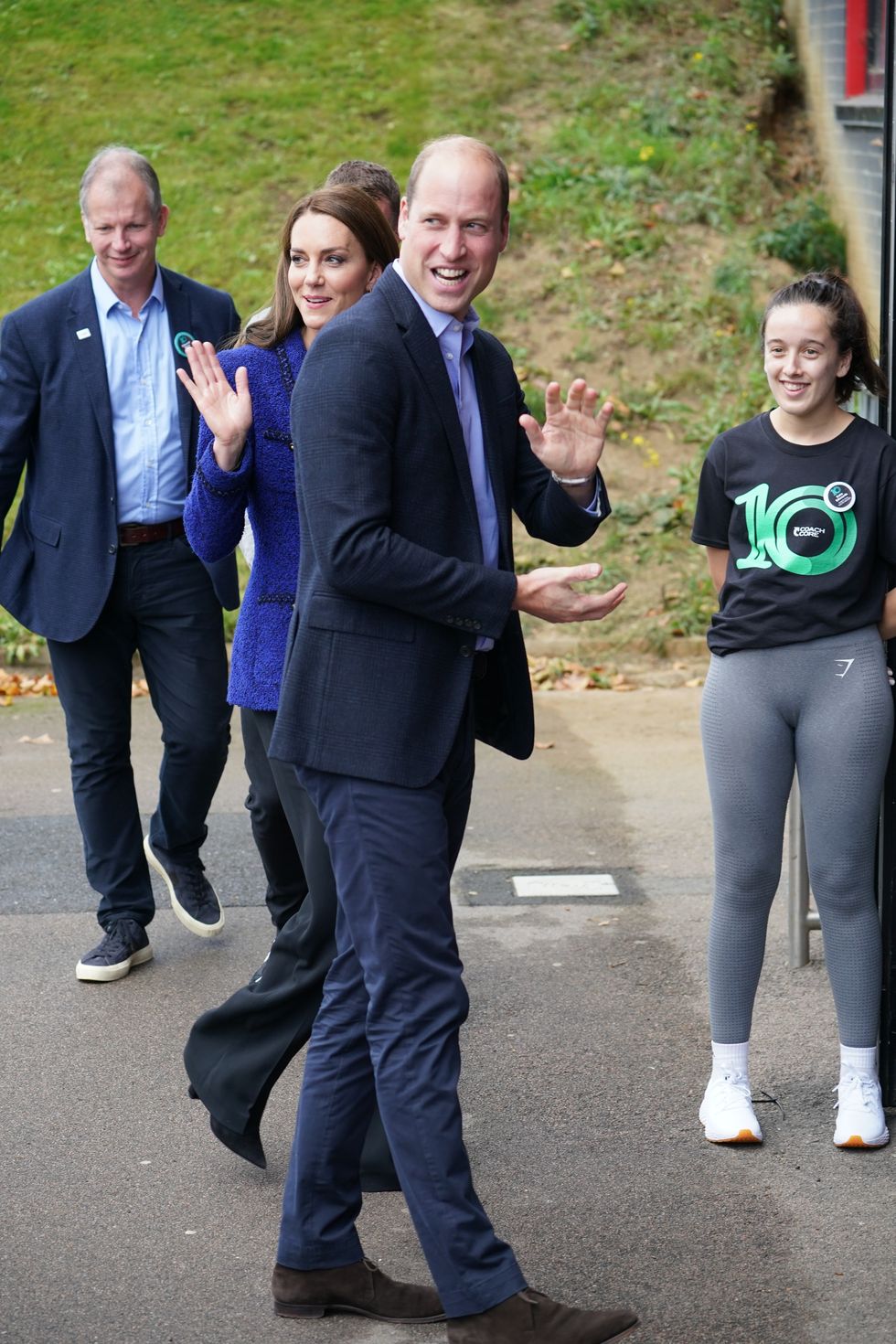 The Prince and Princess of Wales arrive for a visit to the Copper Box Arena in the Queen Elizabeth Olympic Park, in east London, to take part in an event with Coach Core, which is celebrating its 10th anniversary (/PA)
PA Wire/PA Images - Yui Mok

The Prince and Princess of Wales have arrived at a former London 2012 venue to celebrate the 10th anniversary of a sports charity.

William and Kate travelled to the Copper Box Arena in the Queen Elizabeth Olympic Park in east London to take part in an event with Coach Core.

The charity aims to create the next generation of sports coaches who will themselves go on to inspire their communities.

Gymnast Max Whitlock, a six-time Olympic medallist and a Coach Core ambassador, said: “We’re helping a lot more kids involved in sport by providing good coaches, good role models and (helping) these people into full-time employment – which is incredible.“Two of the biggest problems in gymnastics – it’s the same in most sports – is space and coaches.

“Obviously Coach Core is trying to fulfil that need for more and more good quality coaches to support these children who are coming through.”

The royal couple will have the chance to meet some of the young people with whom the charity works and get a taster of the sports sessions on offer and how these can change young people’s lives.

William and Kate’s Royal Foundation launched the Coach Core programme the same year that the Olympic and Paralympic Games were staged in the capital to contribute to the legacy ideals of the events, and in response to the London riots.

Coach Core is now an independent charity which has supported more than 750 disadvantaged young people onto community sports coaching apprenticeships.

Please log in or register to upvote this article
charityMax WhitlockRoyal

Hulk Hogan said to now be 'unable to feel his legs'