Woman hugs police officer after being saved from swamp 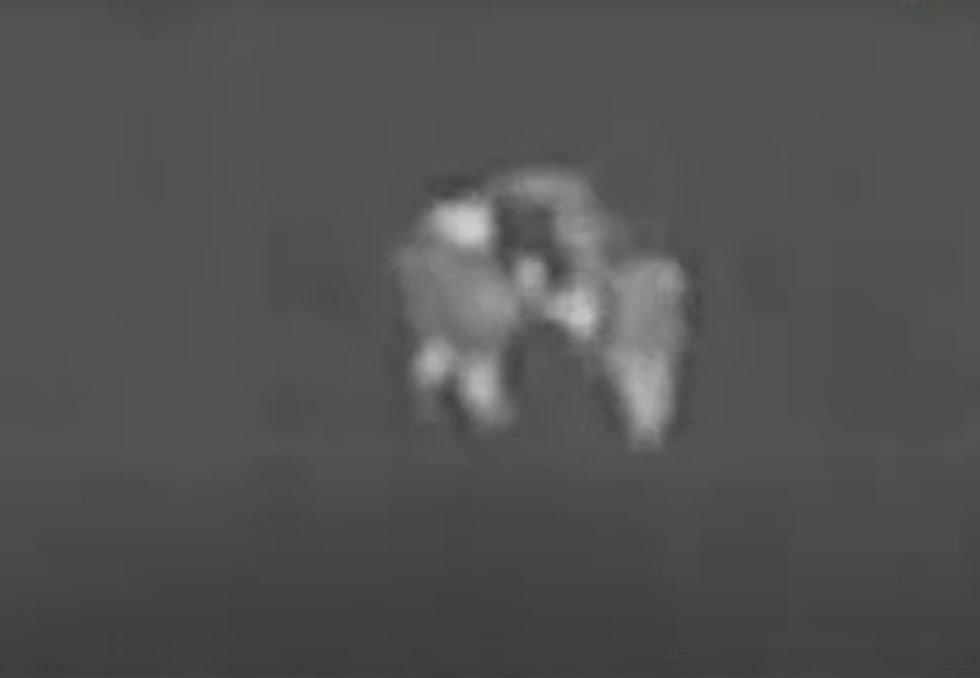 A police officer saved two women after they got stuck in a swamp in Birmingham at night – and was thanked with a hug from one of them.

West Midlands Police have released video from a drone’s onboard thermal imaging camera, which was used to locate the two 23-year-old women in the dark.

The footage shows the pair wading through a marshy area of Birmingham’s Sutton Park as the officer is guided to them by the drone operator.

Once the three meet, one of the relieved women is seen embracing the officer, who then helped them out of the bog.

Police said the duo, who were visiting Birmingham from Bristol, raised the alarm with a friend when they got lost in the park as night fell on March 3.

They were bogged down up to their knees.

Sergeant Keith Bennett from the force’s drones unit said: “They were unfamiliar with the area, stuck in boggy ground and it was pitch black … it would have been a scary situation for anyone.

“They’d been stuck for about 30 minutes and their phone batteries were running low. They called a friend who went on to alert us at around 6.20pm.

“Even through the trees our thermal camera and skilled drone operator was able to find the women after a lengthy search over what was a large expanse of ground.

“It was a lovely moment to see one of them giving the officer a hug on the relief of being found.”

The video ends with a picture of the muddy legs of the drone operator.

West Midlands Police said they have 15 drones in their fleet, employing them to help find missing people, track crime suspects and police protests.

Cannabis grower caught after leaving plants on his window sill

Please log in or register to upvote this article
Police