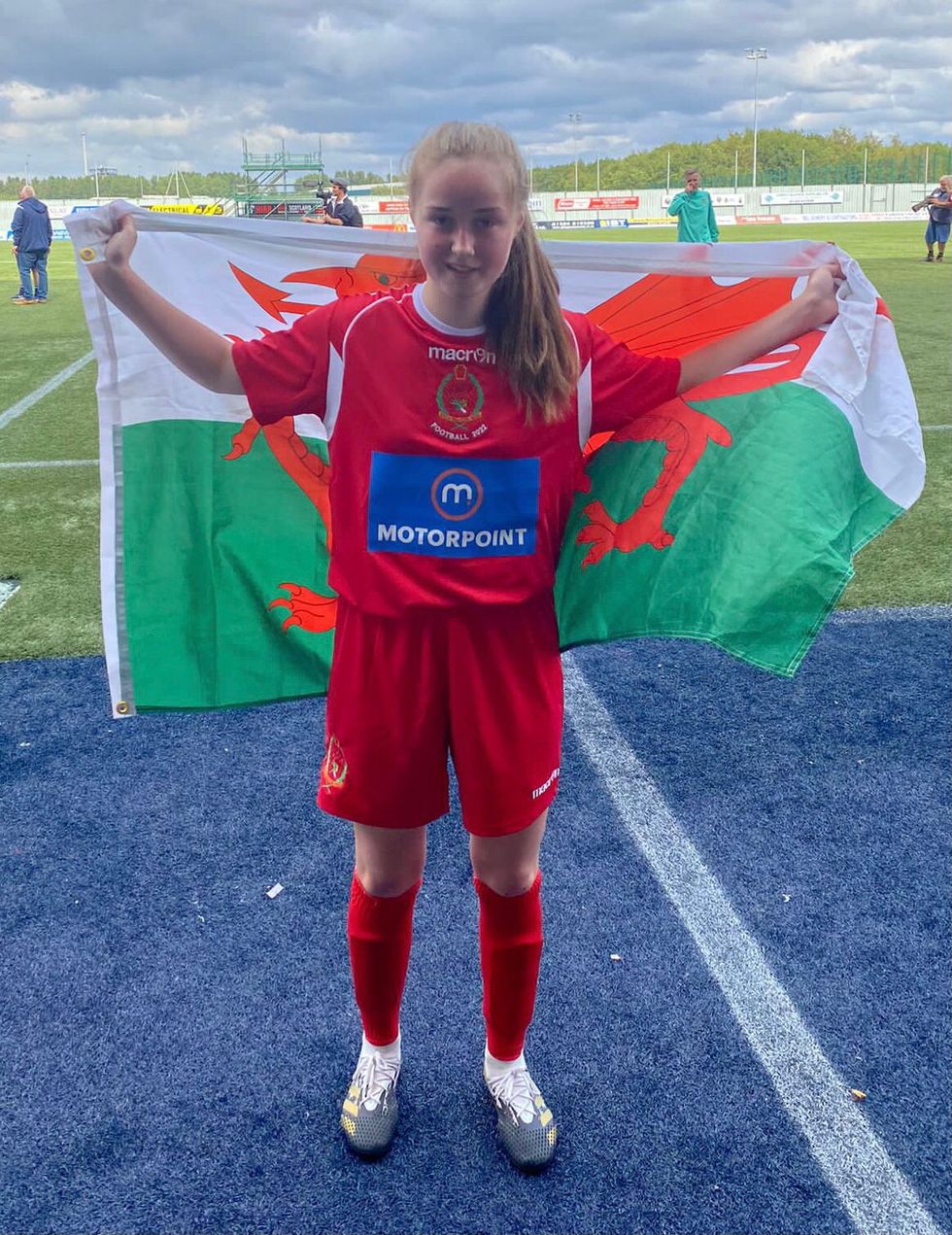 A future football star who has already played for her country has scored top grades in her GCSEs.

Evie Norris, from Alltwen near Swansea, said she was “shocked” when she opened her exam results on Thursday to find she had been awarded 11 A*s and three As.

The 16-year-old was picked to play for Wales in the nation’s under-17s head-to-head with Scotland in July.

Although Wales lost 3-1 at Falkirk Stadium, the teenager scored their only goal.

Evie said she now plans to enrol at Gorseinon College to do A-level biology, chemistry and mathematics, and wants to work in the sciences.

But she also wants to “go as far as I can go” with football.

She said: “I got my first cap for Wales this year and I’m hoping to get another one in the under-17s team before the end of the year.

“It was amazing to play for my country and celebrate with the whole team when we got that goal.

“I’ll train hard and see where it takes me.”

Having played for West Wales from a young age, she now also plays for Neath Port Talbot-based Briton Ferry, and she said a number of clubs have approached her to play for them.

She has also played for Swansea City, West Glamorgan and for her school, Cwmtawe Community School.

She said: “I started playing with my dad and older brother and I’d sometimes go with my brother to his training sessions.

“I just fell in love with football.”

Evie said she feels the opportunities for girls and women to play football are growing and she hopes that continues.

She has received support from Bethany England, the Chelsea forward who was part of the Lionesses squad that won Euro 2022.

England gifted the young player a Chelsea kit, signed memorabilia, and a pair of football boots which Evie then wore during her first Wales match.

Evie said: “I just want to thank everyone for being so supportive.

“My parents who always help me when I get stuck on revision, and my teachers for being supportive with my football but with everything that has happened over the pandemic. It has been a really difficult time and they’ve really made sure we knew what was going on at all times.”

Overall, the percentage of pupils in Wales getting the top grades has fallen but they remain higher than pre-pandemic levels.

Education minister Jeremy Miles, who visited Ysgol Syr Hugh Owen in Caernarfon, North Wales, told pupils to be “proud of your hard work through the disruption of the last two years”.

Harpist speaks of her pride at performing for King Charles III

Please log in or register to upvote this article
ExamsfootballGCSEsSwanseaWaleswomen's football