The long-awaited customisable pronouns feature has made its way onto The Sims 4 and is available now as part of the game’s latest update.

Players who are looking for a more inclusive experience will now have the option to choose their own selection of pronouns based on how they will be used in a sentence.

The news comes after fans petitioned for the customisation options on Change.org last year, amassing over 22,000 signatures from Sims fans.

Now developer Maxis has implemented the highly requested features into its game and includes options to change the text of however players want each Sim character to identify.

In a screenshot of the newly-implemented mechanic, different options are available for the numerous ways pronouns can be used in a sentence, such as subjective, reflexive or possessive dependent. 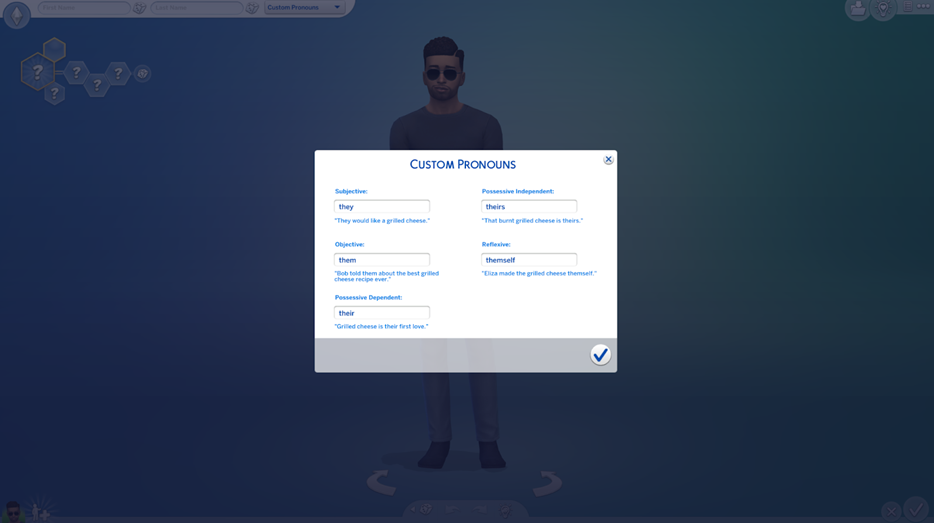 In a press release from the company, a representative stated: “Inclusivity has been a core value of The Sims for more than 22 years, and the team believes diversity drives their innovation and community forward.

“It was important to The Sims development team to get the pronouns feature right, and they worked closely with the It Gets Better Project and GLAAD to better understand the use and impact of pronouns and where binary representations of gender are present in The Sims 4.”

While The Sims 4 is currently available in 18 languages since it first launched in 2014, the new feature is only available in English language versions of the game.

In a response to a question on The Sims’s FAQ page, the developer explains: “With this amount of languages there is a lot of complexity around how different languages and cultures use pronouns, so we’ll need additional time to research how to properly integrate grammar rules into other languages that the game is available in.”

F1 22 now allows you to buy sofas and supercars

Please log in or register to upvote this article
pronounsgaminggamesims 4