600th marathon was ‘massive’, says runner ahead of 38th in London 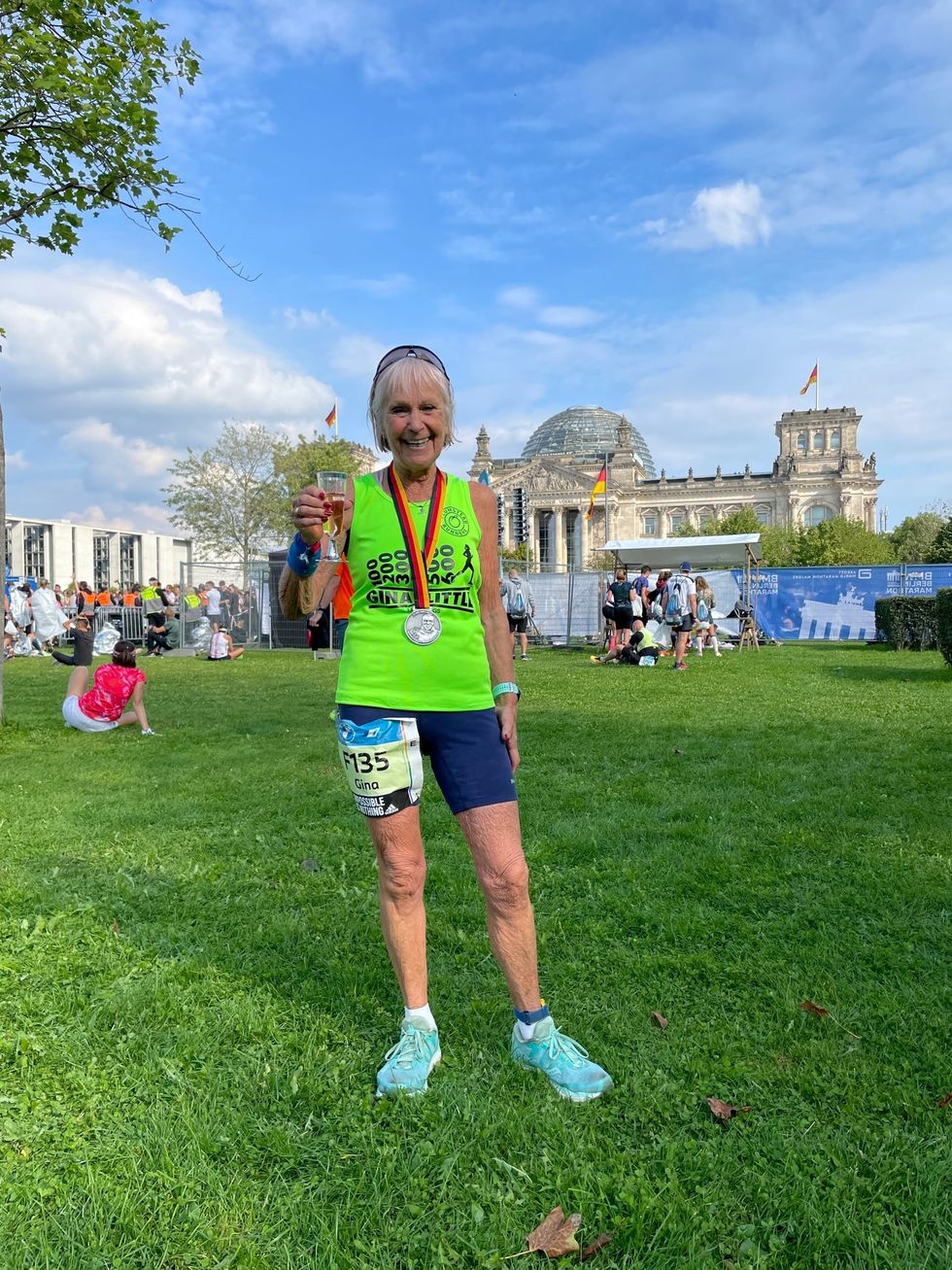 A runner who has finished 600 marathons is preparing for her 601st in London on Sunday and her 602nd in Chicago the following weekend.

Gina Little, 77, celebrated her 600th marathon in Berlin on Sunday but is now readying herself for her 38th London Marathon.

Mrs Little, who has run more London marathons than any other woman, is also preparing for a trip to Chicago, where she hopes to claim the last of the six Abbott World Marathon Majors.

There is a special medal for runners who compete six of the leading marathons in the world and Mrs Little has ticked off five of the six already with London in 1983, New York in 1987, Berlin in 1988, Boston in 1996 and Tokyo in 2010.

Mrs Little, who finished Berlin in four hours and 34 minutes on Sunday, said she was really pleased with her time and just aims to finish London and Chicago under five hours because they are so close together this year.

Some of her friends from Plumstead Runners were also running in Berlin and Mrs Little, who lives in Greenwich, south-east London, told the PA news agency: “It didn’t feel any different until I finished and met up with the ones who had already come in, and were hugging me and kissing me and getting the champagne out.

“It didn’t dawn on me until I saw everyone what a massive thing I had done.”

There was cake and more bubbly when Mrs Little returned to Plumstead Runners this week but, after collecting her London Marathon number on Thursday, she told PA: “Now I need to get settled for the weekend.”

Mrs Little was first inspired to run the London Marathon after watching the second race in 1982 pass her road and said she got “the bug” after her first marathon.

She recorded a personal best of three hours and 26 minutes in London in 1993.

While many hope for an elusive ballot place for the heavily over-subscribed London Marathon or choose to run for charity, faster runners in each age category can apply for a good for age place.

Mrs Little has also run the Berlin Marathon more than 30 times but it has fallen close to the London race since the latter was moved to October due to the Covid-19 pandemic. London is due to return to its usual spring slot in 2023.

Her advice to anyone running their first marathon in London on Sunday is “take your time, enjoy it”.

“Don’t worry about time, you might only do it once,” she added.

“You can get a time anywhere.”

Running marathons and ultramarathons has taken Mrs Little to 46 countries and 22 islands, including places like Hawaii and New Zealand, and, after Chicago, her next marathon will be in Lanzarote in December.

Please log in or register to upvote this article
GreenwichLondon MarathonMarathonRunning