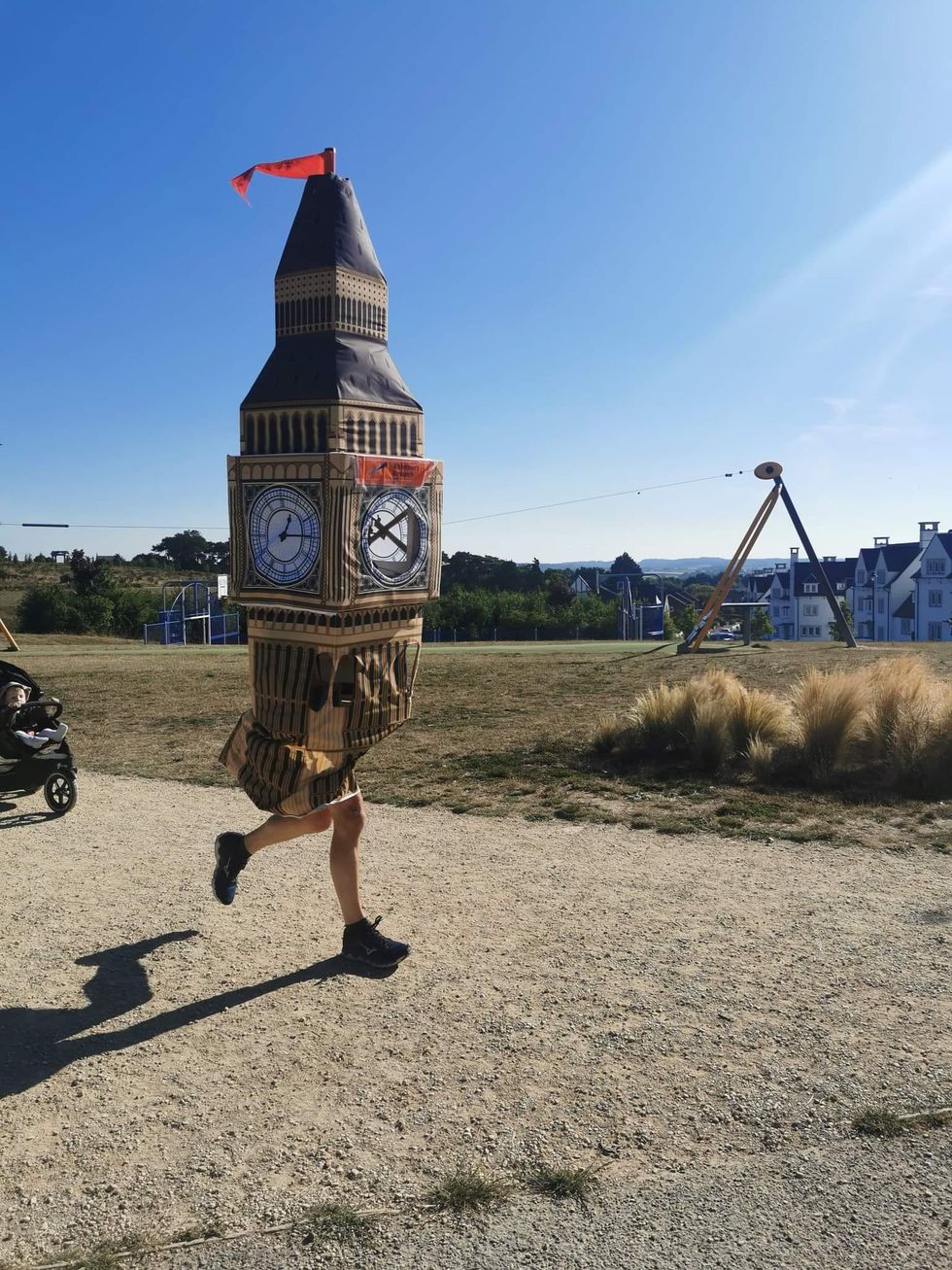 Big Ben will strike again at the London Marathon on Sunday after a GP from Dorset “jumped at the chance” to run in the famous costume.

Simon Phillips, 44, is taking the reins from Lukas Bates, whose struggle to get through the finish line due to the height of the ensemble in 2019 garnered widespread reaction on social media.

The outfit was saved by Alzheimer’s Research UK as Mr Phillips now dons the tower for the 26.2-mile run in aid of the charity in memory of his father, Robert, who died with Alzheimer’s disease in 2016.

“I ran the London Marathon in 2016 and loved it, I decided if I ever ran it again I would do it in a costume,” the father-of-three said.

“I asked the team at Alzheimer’s Research UK for costume ideas and when they said they had the famous Big Ben costume I jumped at the chance to run in it.

“I’ve made a few adjustments mainly to make it more comfortable to wear and more stable, but I’ve also made it even bigger, adding a flagpole at the top.”

The costume has been on a tumultuous journey since the original Big Ben runner, Mr Bates, ran in the costume in support of the Dementia Revolution campaign.

He left it outside a pub having decided not to take the costume home and agreeing that the pub landlord could have it.

But the costume was swiftly stolen and dumped in a bin, where it was then found by a student who claimed the reward of a £1,000 donation to Mr Bates’ fundraiser from presenter Piers Morgan.

The costume was previously worn by Lukas Bates (Lukas Bates/PA)

It was then passed on to Alzheimer’s Research UK and displayed in the charity’s office in Cambridgeshire ever since.

“It is amazing that the costume has survived,” Mr Bates said.

“I’m delighted it is going to be used again, especially as it is again for such a worthy cause.

“I want to wish Simon the best of luck, I know how hard it is to run a marathon in it and also how difficult it is to get through the finish line.”

Mr Phillips added he has worn the landmark while training in order to prepare for the momentous task ahead of him.

“I’ve done some training runs in the costume, including wearing it at my local parkrun … I’ve also been practising bending in it to help me get across the finish line!” he said.

“I’m really looking forward to the day and I’m sure the crowd will love seeing the costume again. I’m also proud to be supporting Alzheimer’s Research UK again.

“It was so sad to see the effect Alzheimer’s disease had on my father as he gradually deteriorated, losing his memory and mobility.

“As a GP, I’m also constantly reminded of it, as I see a lot of patients at the same age he was who have similar problems … Research is the only way we are going to beat dementia. We desperately need new medications.”

To find out more about Mr Phillips’ fundraiser, go to: www.justgiving.com/fundraising/simon-phillips70