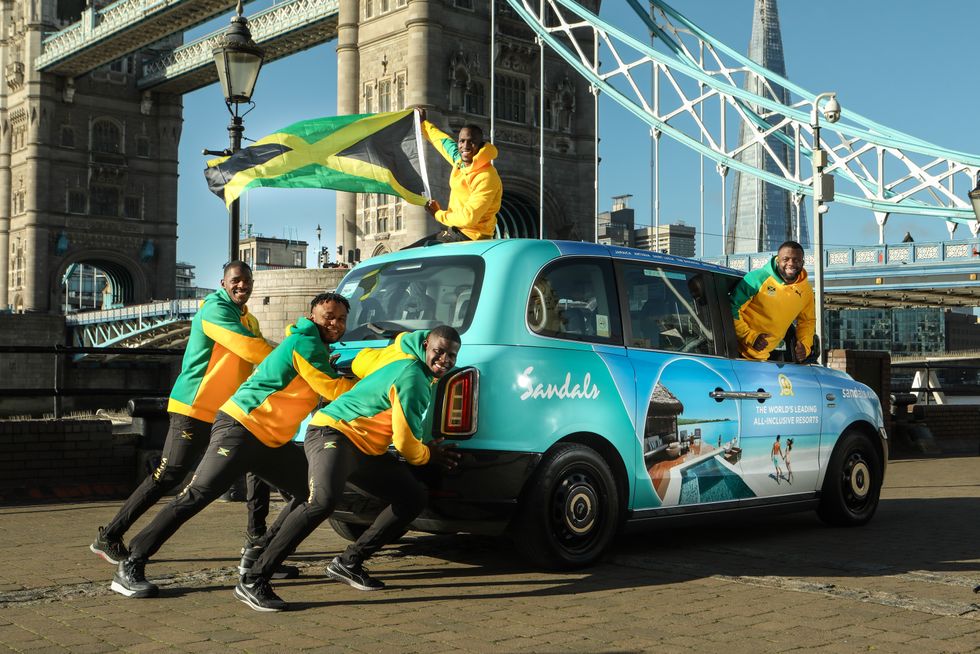 A British soldier who skippered the 2022 Jamaican Olympic bobsleigh team following an unorthodox training regime which amused royalty said he wants their experience of overcoming adversity to inspire others.

Lance Corporal Shanwayne Stephens said his teammates are proud their underdog story has been compared with the film Cool Runnings, which was inspired by the 1988 Jamaican bobsleigh team.

Although the 2022 squad finished bottom in both the two and four-man events, their exploits won them a legion of fans, including Hollywood actor Kevin Hart and television presenter Alison Hammond.

And the 31-year-old soldier even made the Queen laugh in lockdown by telling her he pushed a car up and down streets in training for the Games.

The gunner from Peterborough, who is based at RAF Northolt in west London, told the PA news agency on the team’s return to the UK: “The whole journey for us hasn’t been about bobsleigh, it’s about inspiring people.

“The world has been turned upside down in the last two years, kids have been stuck inside, and we just wanted to say to them that they should dream big.

“That’s what we did, we were always massive underdogs and we are proud of what we achieved.”

The novice squad – also including 29-year-olds Rolando Reid and Nimroy Turgott, 28-year-old Ashley Watson, and 32-year-old Matthew Wekpe – had only begun training together in September last year, just weeks until the qualifying heats for Beijing, and with equipment that was almost as old as their youngest team member.

They said funding was so short that they were only able to progress to Beijing after Caribbean holiday firm Sandals Resorts offered to sponsor their travel costs.

Mr Watson, a physical therapist from Peterborough, said the bobsleigh community made them feel particularly welcome in Beijing.

He said: “People were talking to us, especially the other teams.

“Everyone was stoked to see us out there because we just brought the Jamaican vibes and kept smiling.”

Mr Turgott, a Jamaican-based business owner, said the team members were proud to be associated with Cool Runnings.

He said: “We can’t get away from that film, but we don’t want to.

“It’s part of our Jamaican culture and we were proud to be compared with those guys in 88.”

It was obviously an honour speaking to the Queen, and I do hope she was cheering us along while waving a Jamaican flag

L/Cpl Stephens was previously invited to represent the RAF during a video call with Windsor Castle in 2020, during which he explained how he used his fiancee’s car as a makeshift bobsleigh.

And he said he felt the same pressure on the bobsleigh track as he did in his day job.

He said: “In the military, you have the responsibility to bring your troops home again, alive.

“It’s the same with bobsleigh – I have to get them down the hill and bring them home again in one piece.

“It was obviously an honour speaking to the Queen, and I do hope she was cheering us along while waving a Jamaican flag.”

Please log in or register to upvote this article
BeijingJamaicaRoyalWinter Olympics