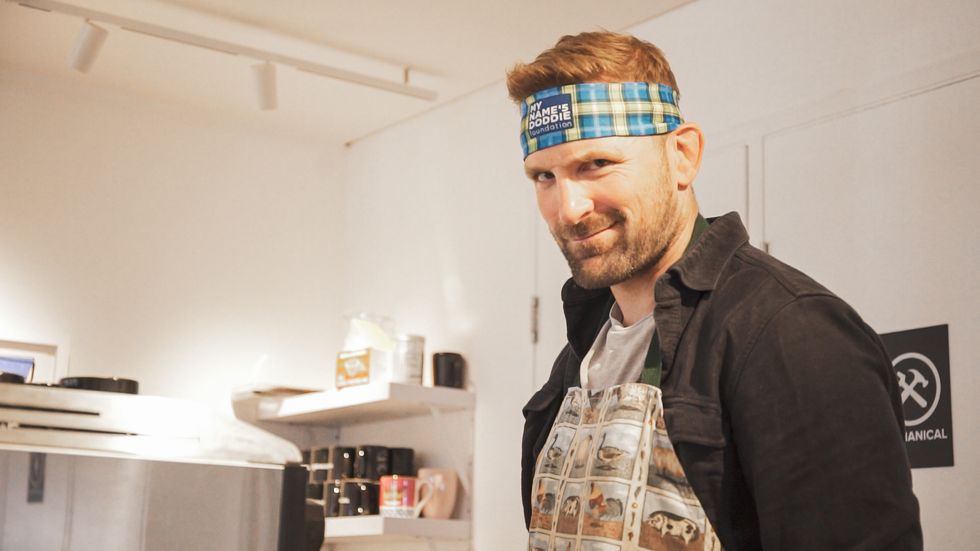 Former Scotland rugby captain John Barclay has said he was “buzzing” to try a new coffee helping to raise cash for the charity set up by Doddie Weir as he battles motor neurone disease.

Devon-based coffee firm Rugga Coffee created the new blend to raise cash for the My Name’5 Doddie Foundation, set up by Weir after he was diagnosed with the incurable disease.

And to help launch it, Barclay, who was capped 76 times for Scotland, served up coffees in Edinburgh.

Speaking about the venture. Barclay said: “I’d do anything for Doddie, so I was buzzing to get the chance to serve his new coffee, and I was even more buzzing after I tried it.

“It’s great to see how the wider rugby community has rallied behind him and have done whatever they can to help raise funds and awareness.

“When I spoke to people today, it once again reminded me not only how much love people have for coffee, but also how much love they have for Doddie. I think this will prove to be very popular.”

Mr Edwards stated: “I grew up playing rugby in the second row watching Doddie, admiring the way that he played.

“Because of what Doddie’s going through now, and because I lost a close family member to MND, this is a cause very close to my heart.

“We want to raise as much money and awareness for the My Name’5 Doddie Foundation as possible, and to get people drinking good coffee.”

A percentage of the profits from sales of the Doddie’5 blend will go to his foundation.

Football charity ‘buzzing’ after getting tickets to see Lionesses

Please log in or register to upvote this article
charityMNDScotland