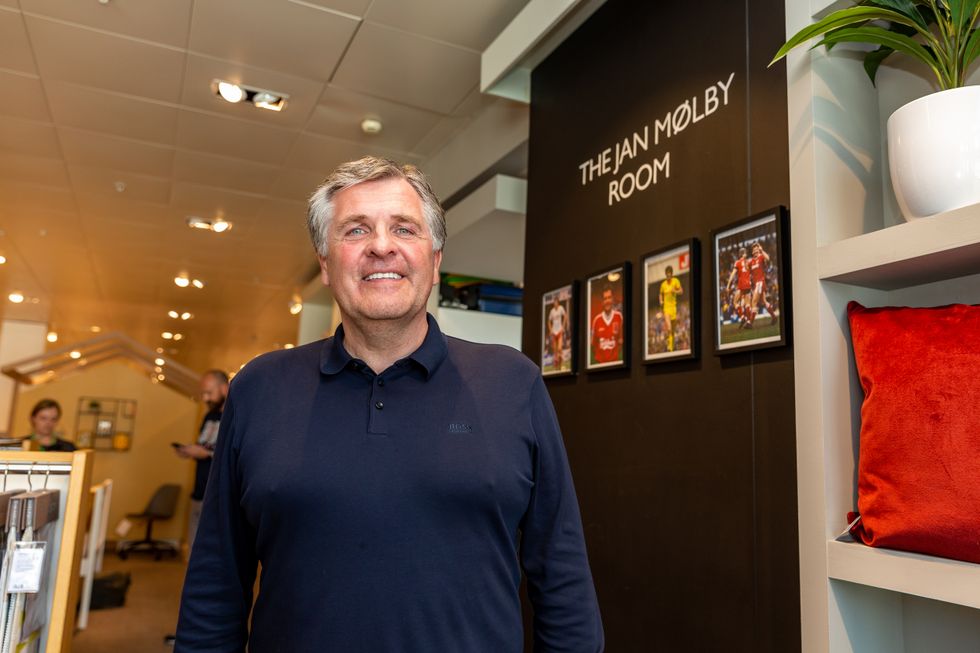 A former Liverpool FC legend has had an event space named after him following a viral joke which saw him being apologised to by a British supermarket.

Jan Molby, who played for Liverpool from 1984 to 1996, became part of a viral joke earlier this year when comedian Troy Hawke posed as a greeter from the fictional ‘Greeters’ Guild’ outside a Waitrose and said the act had been approved by Molby.

Bemused staff said they did not know who the ex-Liverpool midfielder was, which led to the comedian asking for a public apology from the supermarket.

However, John Lewis in Liverpool went even further in highlighting their love for the former player, by renaming their community space ‘The Jan Molby Room’, which has been decorated with photos from his football career.

Waitrose and John Lewis are both part of the John Lewis Partnership, which is the largest employee-owned business in the UK.

Jan Molby was even present at the room’s unveiling last week, where he cut the ribbon and greeted fans.

Kylie Gilson, manager for John Lewis Liverpool, said: “When we heard about Waitrose accidentally snubbing Jan we knew we had to make amends.

“Jan’s a local legend, and knows a lot of people at the store, so it was great to welcome him back. He’s taken it all in great humour, and spent ages catching up with his fans. Hopefully that’s an apology accepted!”

John Lewis staff member Pauline Olsen appeared to be starstruck when she saw the ex-footballer, as she once described him as her “dream dinner guest”.

“Pauline’s a season ticket holder and a Liverpool fan through and through. If anything, today’s made her even more of a fan – she’ll have those dinner invites sent in no time”, added Ms Gilson.

How to ease World Cup nerves, according to experts

Please log in or register to upvote this article
footballJohn LewisJokeLiverpoolWaitrose