‘May the best team win’: British-Swedish family gets ready for Euro semi-final 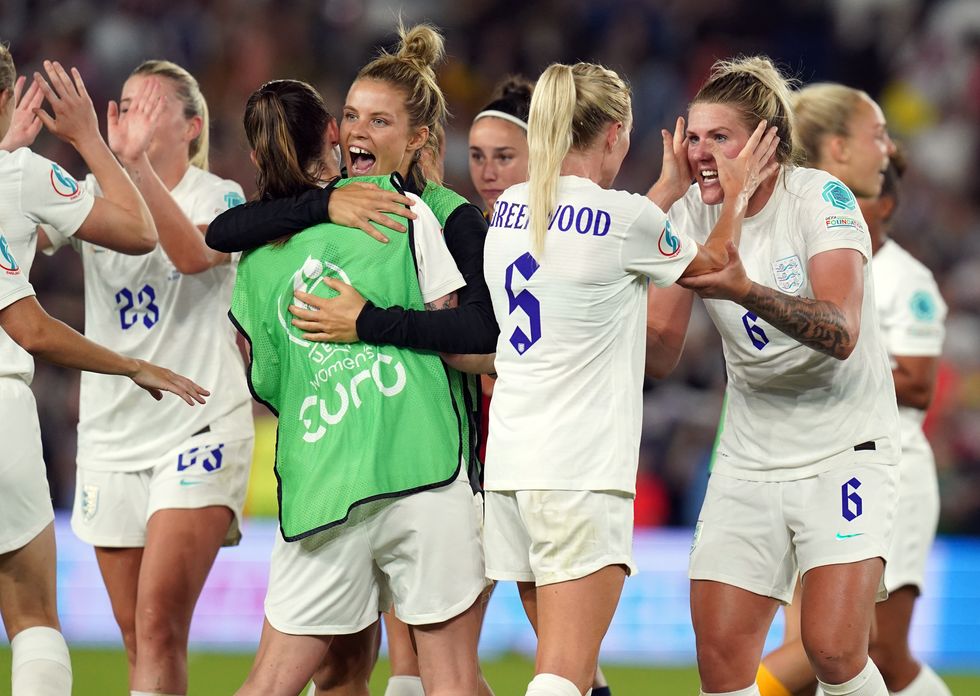 A family of British-Swedish football fans has been split down the middle as they get ready for the Euro 2022 semi-final.

England’s Lionesses will take on Sweden at Bramall Lane in Sheffield on Tuesday evening.

Damion Potter, 47, said he will be the “lone person in the England shirt” as he prepares to watch the game while on holiday visiting his wife Susanna’s extended family in Jonkoping, Sweden.

Damion Potter, 47, said he will be the ‘lone person in the England shirt’ as he prepares to watch the game. (Damion Potter/PA)

The former diplomat told the PA news agency: “We still need to work out a bet between my wife and myself but so far we’re thinking someone has to jump in the river for whichever team loses.

“I will be cheering for England and hoping the Lionesses go all the way.

“Everybody else, except for me and possibly my kids depending on the result, will be cheering for Sweden so I shall be the lone person in the England shirt.

“May the best team win.”

Despite the couple’s competitiveness, the pressure is off their three children Elliot, 18, Zackary, 17, and 14-year-old Maya.

Mr Potter said: “When England played Sweden in the men’s World Cup in 2016, it was funny watching our three kids initially cheering for Sweden and by the end of it all three of them were cheering for England.

“The good news for my kids is that whoever wins in the semi final, they’re going to have a team in the final.”

For the Potter family, football has always created memorable events – even with the family rivalry.

The good news for my kids is that whoever wins tomorrow night in the semi final, they're going to have a team in the final.

Mr and Mrs Potter have been married 21 years and on the day of their wedding in November 2001 England played against Sweden.

The game ended with a one-all draw which Mr Potter described as a “good diplomatic result”.

Despite being a sports fan since the age of 10, it was after the birth of his first child that Mr Potter watched his first women’s World Cup.

He said: “My eldest son was born at the end of September 2003, two weeks before the World Cup and wasn’t sleeping at night so I did the night shift and ended up watching almost every game.

“The player who won the golden boot that year was Sweden’s Victoria Svensson and she did the maintenance job in the British embassy in Stockholm where I also worked.

“After that, I was hooked on women’s and men’s football, especially for the big tournaments.”

Mr Potter added that he hopes the “momentum and excitement” around the women’s games will continue in the future.

“It’s no longer like when I was at school, where there weren’t many women or girls who would play football,” he said.

“It’s important for me as a father with teenage boys and a 14-year-old daughter that she’s able to play football at school.

“I mean, there’s still a long way to go but I’m really pleased that in the UK we’re seeing this year’s Euros on primetime television, the back pages are showing the lionesses doing well, and the stadiums are full around the UK.

“I think it helps that we’re hosts but I hope that that carries on just like it has with all this momentum and excitement.”