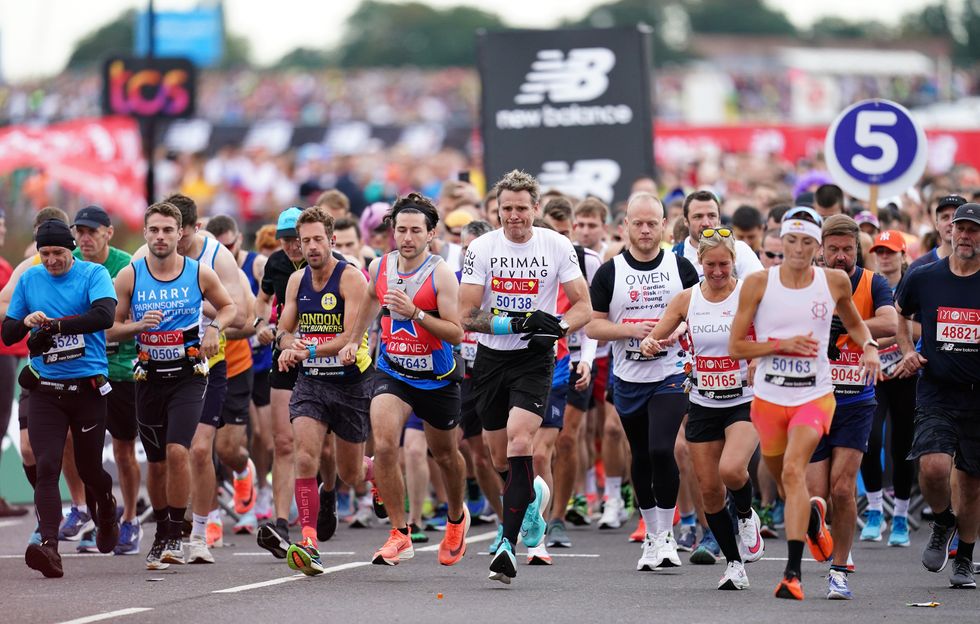 London Marathon runners will be greeted by a rainbow carnival as they tackle what can be one of the toughest parts of the famous 26.2-mile route.

Rainbow Row, just after mile 21, will celebrate the LGBTQIA+ community, promote inclusivity and create a party atmosphere to give participants a boost at a point when some will be flagging mentally and physically.

“We should have done it years ago because London is an incredibly vibrant city and the London Marathon should truly encompass that vibrancy,” event director Hugh Brasher told the PA news agency.

The marathon has become part of the city’s culture, he said, adding: “I really think we can do more to show the diversity of this amazing city.”

He said London was never really asked whether it wanted a marathon when the event was founded in 1981 by his father Chris Brasher and fellow athlete John Disley.

“What we have a duty to do is properly represent London,” he said, adding that everyone in the city should be able to feel part of it: “Rather than going through communities, we want to be the community.”

Rainbow Row will be located on what is usually Butcher Row in Limehouse, a 250-metre stretch of road that is just past the 21-mile (33.8km) mark on the course.

Mr Brasher said it “will be full of energy and entertainment, giving our participants a great motivational lift at arguably the toughest point of the marathon”.

“But, more importantly, Rainbow Row continues our ongoing commitment to make the TCS London Marathon a truly inclusive event for all,” he said.

“I just think it will be a joyous part of the course when people need a bit of joy because that’s one of the hardest parts and, of course, because that’s where the wall is.”

A runner is said to have hit the wall in a marathon if they have depleted their glycogen stores, which are used for energy, and feels fatigued as well as often having negative thoughts.

Rainbow Row has been planned with members of the LGBTQIA+ community, including Jeremy Joseph, the owner of G-A-Y and Heaven nightclubs in London, who has run the London Marathon 11 times.

He will be running his 12th London Marathon on October 2 and aims to raise £110,000 for 10 charities which represent the diversity of Rainbow Row, as well as the official TCS London Marathon charity of the year, the British Heart Foundation.

He said: “Rainbow Row is so important because participants are from all walks of life, including sexualities and gender.

“The love and support we show each other on marathon day is incredible and now we have a focal point where love wins before the painful last stretch to the finish line.”

Radio 1’s Adele Roberts is among the DJs who will be motivating participants with music on marathon day.

Please log in or register to upvote this article
London Marathon