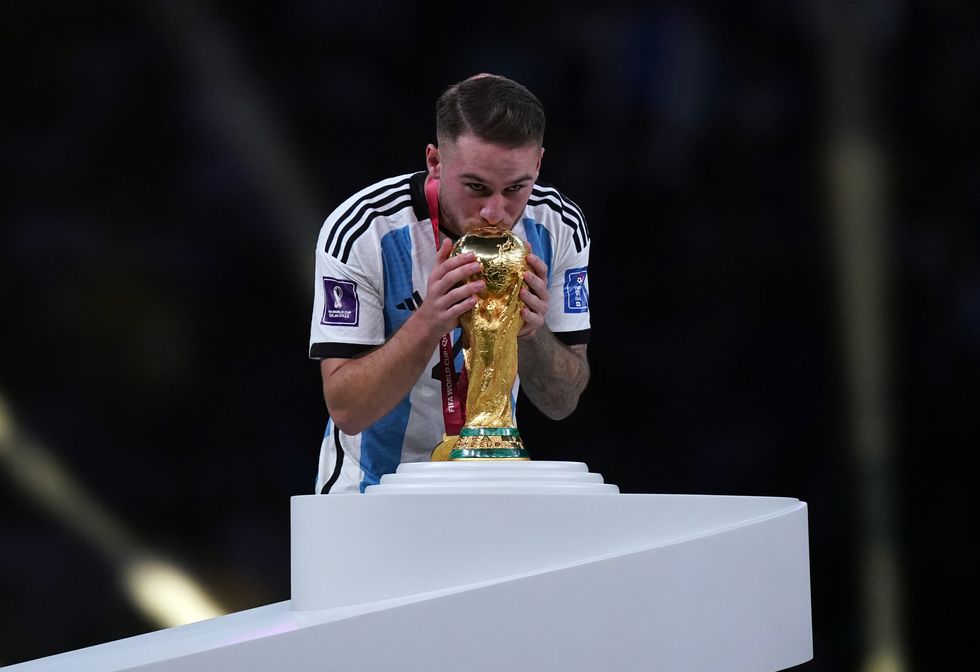 It rained blue and white confetti as Argentinian World Cup winner Alexis Mac Allister was welcomed back to Brighton by an applauding crowd on Monday.

Mac Allister, donning his medal, returned to Sussex after a fortnight in his homeland celebrating the nation’s success in Qatar with Twitter users delighted at the video that showed the midfielder being celebrated by the staff and team at Brighton & Hove Albion Football Club.

The 24-year-old lifts the World Cup trophy as cannons of blue and white confetti are set off.

The club’s tweet quickly accrued over five million views and more than 120,000 likes as those on the social media platform praised the club for its “great gesture”.

Mac Allister and his team, led by captain Lionel Messi, won the tournament at Lusail Stadium after a penalty shootout with France on December 18.

Please log in or register to upvote this article
BrightonFifaSportSussexUpliftingWorld Cup