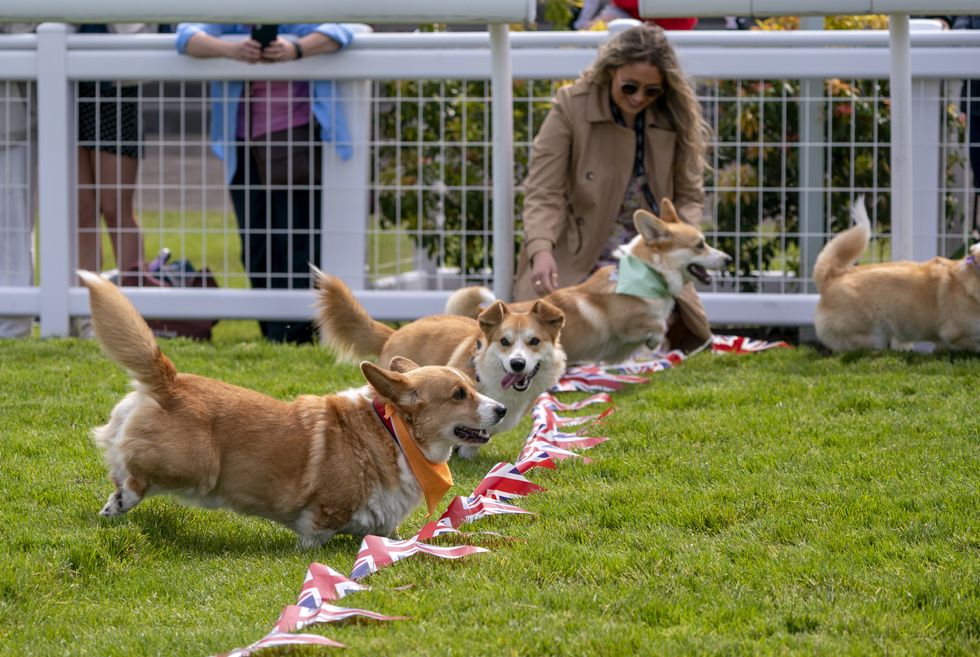 Ten dogs have taken part in the first “corgi derby” at a racecourse as part of celebrations for the Queen’s Platinum Jubilee.

The corgis, the Queen’s favourite breed, took to the track at Musselburgh Race Course in East Lothian on Sunday, in a close race that resulted in a photo finish.

Nine-year-old Paddy, a distant relative of one of the Queen’s corgis, was among the competitors.

The trophy was won by Georgie, who is nearly 18 months old, and surprised her owners with her speed in the race.

Her owner, Alison Rumbles, said it was a wonderful afternoon.

She said: “After having two years of the pandemic it’s just so joyful to have something that’s so much fun.

“We were really shocked that Georgie won. We know she is fast because she runs by our border collie and she can really run, but she was just so fast.

“I think she loved it, she just loves being around other corgis, it’s almost like she has found her tribe, they cuddle and play and it’s so lovely to watch.

“She is exhausted now but she just loved it.”

As the race resulted in a photo finish, officials analysed it as they would with horses and confirmed Georgie as the winner.

Mrs Rumbles, a wool fibre artist from Haddington, East Lothian, had made a needlefelt corgi trophy for the winner.

But rather than take it home with her after her own dog won, she gave it to nine-year-old Claudia Breen, who owns Paddy, saying she had made it for someone else to enjoy.

John Breen, Claudia’s grandfather, said: “It could not have been a better day, it was absolutely brilliant.

“Paddy was the oldest dog in the race at nine years old and finished second.

“He just loves to run about and my granddaughter said why don’t we enter him in the corgi derby, and he was absolutely brilliant, we were all over the moon.”

Mr Breen, from Port Seton, added: “Win, lose or draw it was a great fun day.”