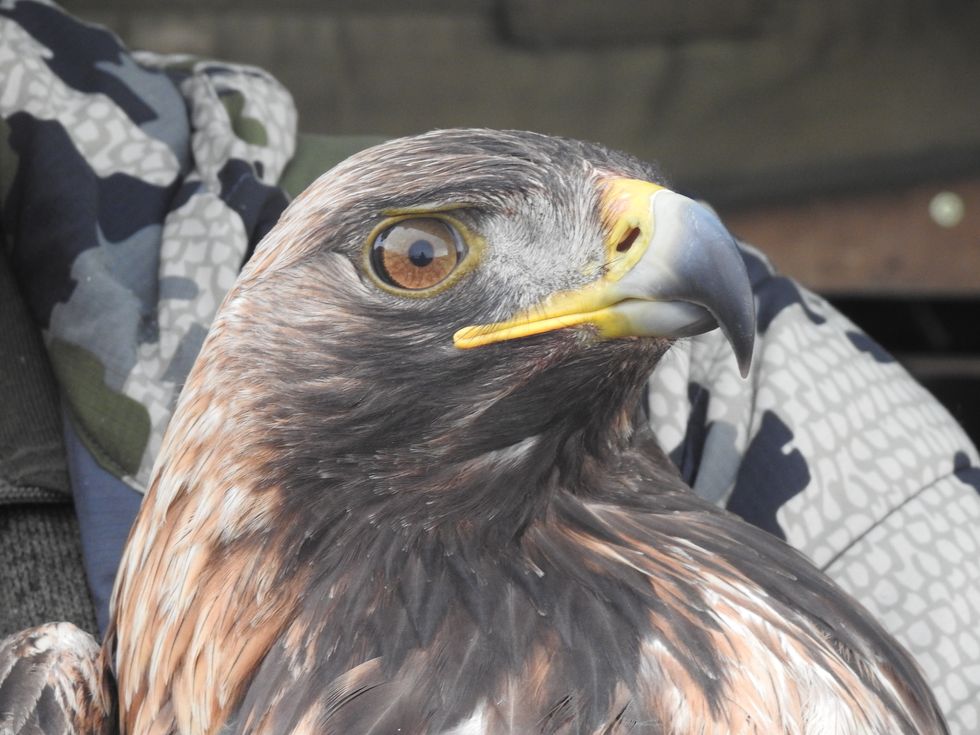 The golden eagle population in the south of Scotland has reached new heights, conservationists have said, with the highest number recorded in the area since the early 19th century.

Golden eagles were once almost extinct in the area but numbers are now thriving, with 33 of the birds recorded after a project to increase the population in the wild.

As part of the project to save the species, conservationists caught, transported and released seven young, free-flying golden eagles from the Outer Hebrides in a UK first.

Cat Barlow, manager of the South of Scotland Golden Eagle Project, said: “This could be a ground-breaking technique for the global conservation management of golden eagles and other raptors.

“We will continue to monitor these birds to see if they settle, thrive and breed in the south of Scotland, which will be the real measure of success.”

The birds were carefully captured, under licence from NatureScot, by raptor ecologists Dave Anderson and Robin Reid, and Scottish Raptor Study Group member Graeme Anderson at bait sites in the Outer Hebrides – which has Europe’s highest concentrations of the species.

Project officials said they did not select adult or breeding birds, and transported five females and two males in specially-designed travel boxes before swiftly releasing them at a secret location.

The project team has previously released eagles collected as chicks from nests in the Highlands and Islands, a process which is much more widely used for raptor conservation programmes.

In part because of Covid-19 restrictions, the team struggled to source a sufficient number of birds. It was then, after research, the project decided to catch and move free-flying birds.

Before the South of Scotland Golden Eagle Project began there was only between two and four pairs of golden eagles across Dumfries and Galloway and the Scottish Borders.

A supporting study by NatureScot shows that the local habitat is suitable for up to 16 pairs.

Since 2018, the project has successfully moved 12 juvenile golden eagles, collected at around six to eight weeks old from the Highlands, as well as the seven sub-adult birds aged between six months and three years.

Francesca Osowska, NatureScot’s chief executive, said: “This ground-breaking project has accomplished so much over just a few years, bringing a viable population of golden eagles back to south Scotland and inspiring other similar initiatives around the world.

“Particularly during the twin crises of climate emergency and biodiversity loss, it’s wonderful to see a success like this.

“Golden eagles are a vital part of Scotland’s wildlife and we’re passionate about returning them to places where they used to thrive. This is brilliant partnership working and a great support for the local green economy.”

Please log in or register to upvote this article
ConservationEnvironmentNatureScotland