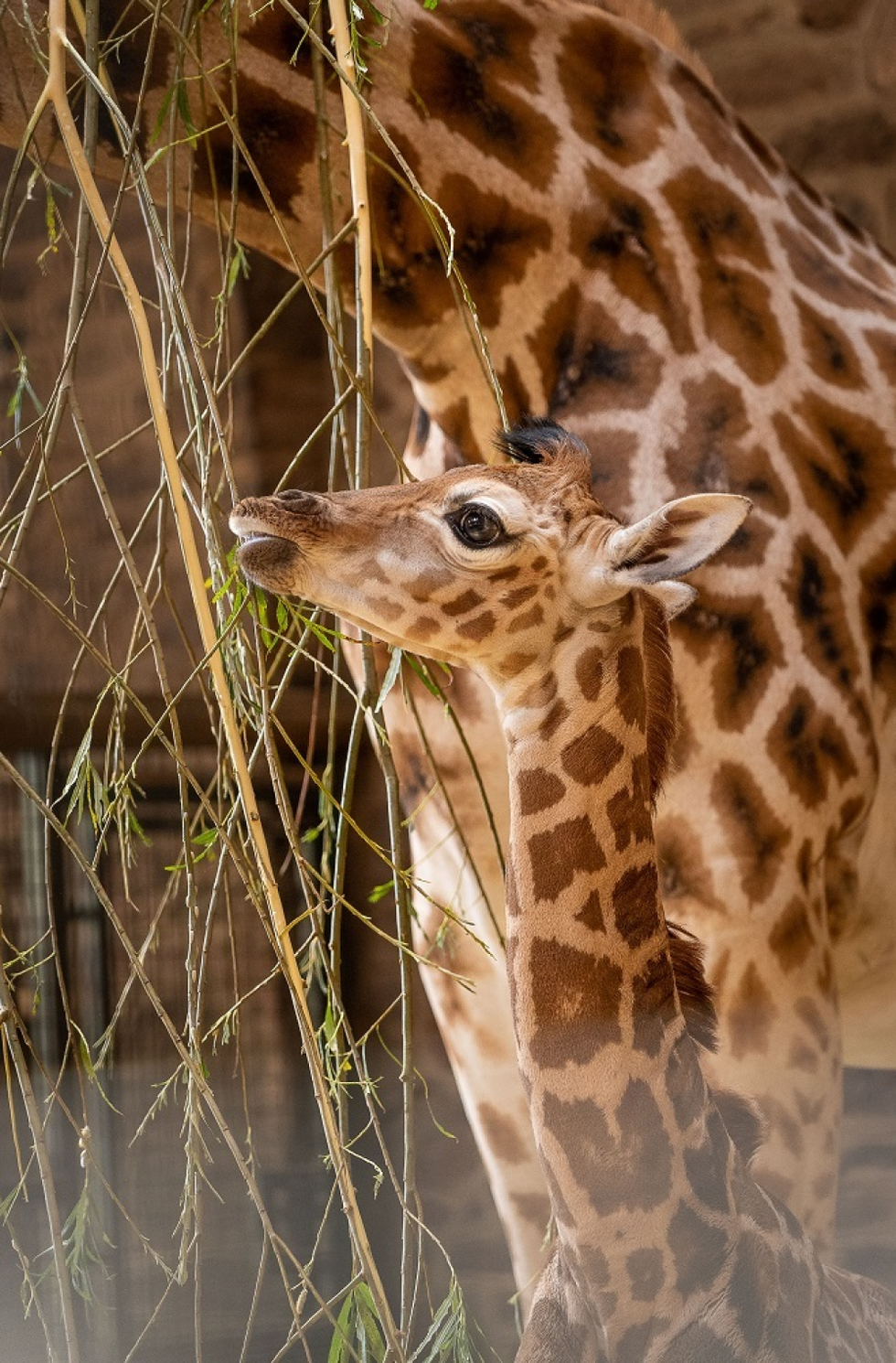 A newborn giraffe is “strong, healthy and very content” after falling 6ft on to a bed of soft straw as his mother gave birth.

The calf, named Stanley after Mount Stanley, the tallest mountain in Uganda, was born at Chester Zoo after a 15-month pregnancy and three-hour labour for his mother, Orla.

Giraffe team manager Sarah Roffe said high falls are “a really important part of the birthing process” for giraffes as it breaks the umbilical cord and stimulates the calf to take its first breath.

Footage showed Stanley’s first wobbly steps and feed, a moment zookeepers said is “vitally important” for the bond between mother and baby.

They were also surprised Stanley was already 6ft tall and weighed a “hefty” 72 kilograms when he was born on Saturday.

Ms Roffe said: “Mum-to-be Orla was stood next to Dagmar, another experienced mum, for the delivery as she readied herself for the final push.

“Her calf then arrived into the world with quite the bump, causing the rest of the herd to jump to their feet.

“The excitement of a new calf suddenly appearing shortly before 3am certainly gave everyone quite the awakening.

Stanley is ‘strong, healthy and very content’ after his dramatic birth (Chester Zoo/PA)

“This two-metre high fall is a really important part of the birthing process.”

She added Stanley is “strong, healthy and very content”.

Please log in or register to upvote this article
AnimalsChester Zoogiraffe