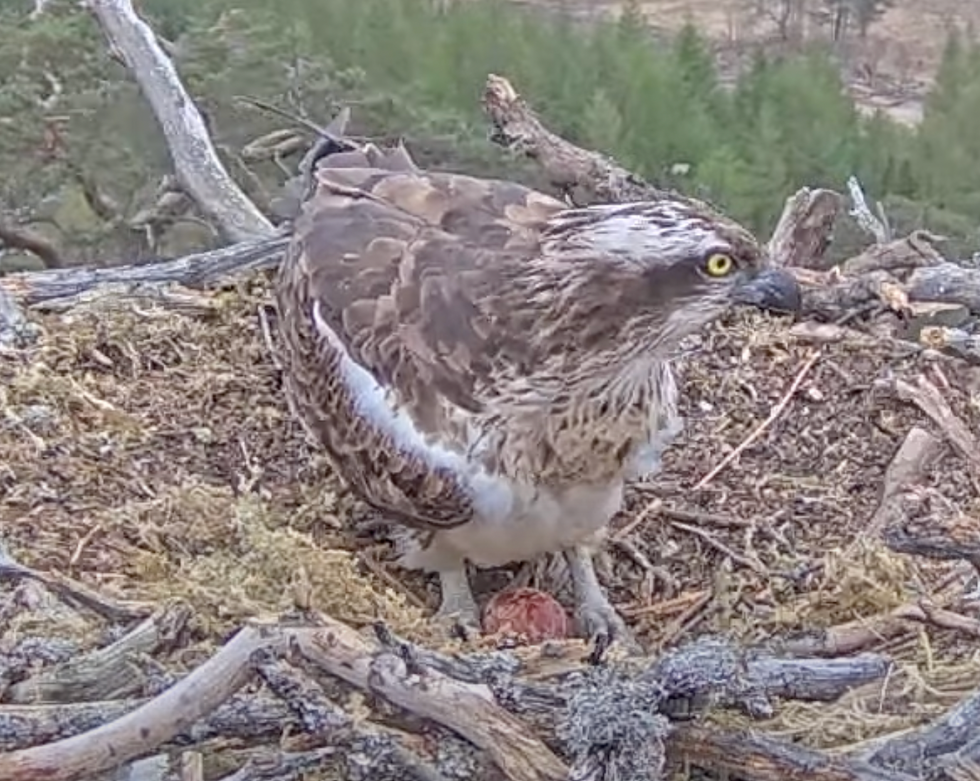 The egg was laid on Sunday (Woodland Trust Media Library/PA)

An osprey has laid her first egg of the season in her nest at a pine forest.

Dorcha and her mate Louis returned to their nest at Loch Arkaig Pine Forest in Lochaber earlier this month.

She laid her first egg of the season at 10.05pm on Sunday and a second egg is expected midweek, with a third likely towards the end of the week.

Viewers around the world can watch the action at the nest on a livestream which Woodland Trust Scotland has operated, supported by players of People’s Postcode Lottery, each summer since 2017.

Laura Chow, head of charities at People’s Postcode Lottery, said: “Lovely news to hear there is an egg on the osprey nest at Loch Arkaig Pine Forest.

“I am sure people will now be glued to the livestream to enjoy this amazing natural spectacle.

“We are delighted player support allows so many people to enjoy this aspect of wild forest life – wherever they are.”

Louis has been using the site since 2017 and paired up with new mate Dorcha for the first time last year.

Their chicks are likely to hatch in May.

Please log in or register to upvote this article
BirdsLochaberOsprey