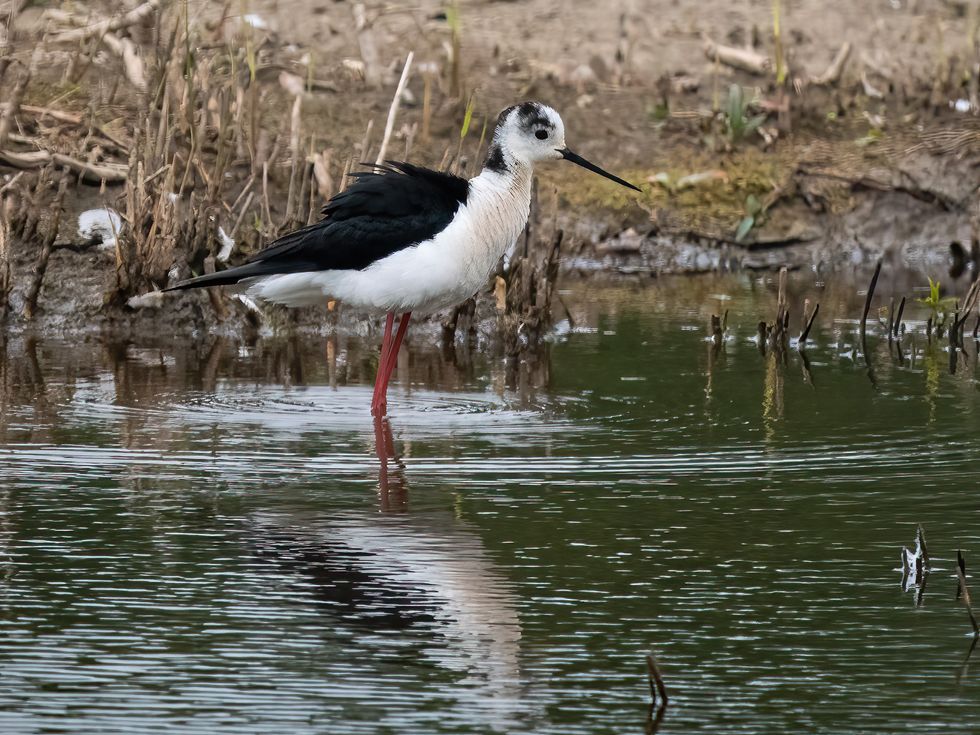 Black-winged stilt chicks have hatched at a reserve in Yorkshire in what is thought to be the most northerly breeding success for the rare bird.

Yorkshire Wildlife Trust said a pair of black-winged stilts had laid four eggs at a nesting site at its Potteric Carr nature reserve, which has wetlands with rich mudflats where wading birds can feed, near Doncaster about a month ago.

This week three chicks – which take their first steps away from the nest soon after hatching but remain vulnerable and are not yet able to fly – were spotted at the reserve.

The trust believes it is the most northerly breeding success in the UK for the species, which conservationists think is being pushed north by climate change.

Black-winged stilts – whose bright pink 9in legs make up 60% of their height – are migratory, mainly wintering in northern Africa, and breed in Europe mostly around the Mediterranean.

They are rare visitors to the UK but up to 10 pairs breed in some years across southern England.

The birds do not tend to return to the same nesting site but it is hoped that conservation work at the reserve will benefit other species.

Work was completed earlier this year on Piper Marsh, where the birds nested, to reduce the amount of reedbed and remodel the islands, creating suitable feeding areas for a variety of wading birds as well as the black-winged stilts.

Lapwing, oystercatcher and several duck species have also bred in the area for the first time in recent years, while bitterns are spotted throughout the year.

Andy Dalton, operations manager at Yorkshire Wildlife Trust, said the black-winged stilts’ nest was vulnerable to predation from other birds and mammals.

He added: “The parents were quite aggressive in and around the nest, and have been busy chasing off all manner of birds.

“Our amazing team of volunteers and reserve staff have kept an eye on the nest round the clock to help protect the nest from egg collectors, who sadly are still an illegal threat to wild birds.

“It’s been a tense wait but we’re overjoyed – Potteric Carr is a green oasis on the fringe of Doncaster, surrounded by busy roads and industrial development – the conservation work we do here has a significant impact for wildlife including rare species like black-winged stilts.

“Green spaces, wherever they are, can provide a much-needed home for our declining wildlife.

“The team at Potteric Carr worked hard over winter to create ideal conditions for birds like these and it’s been incredible to see these results.”

Firefighters have to cut ring off woman's finger