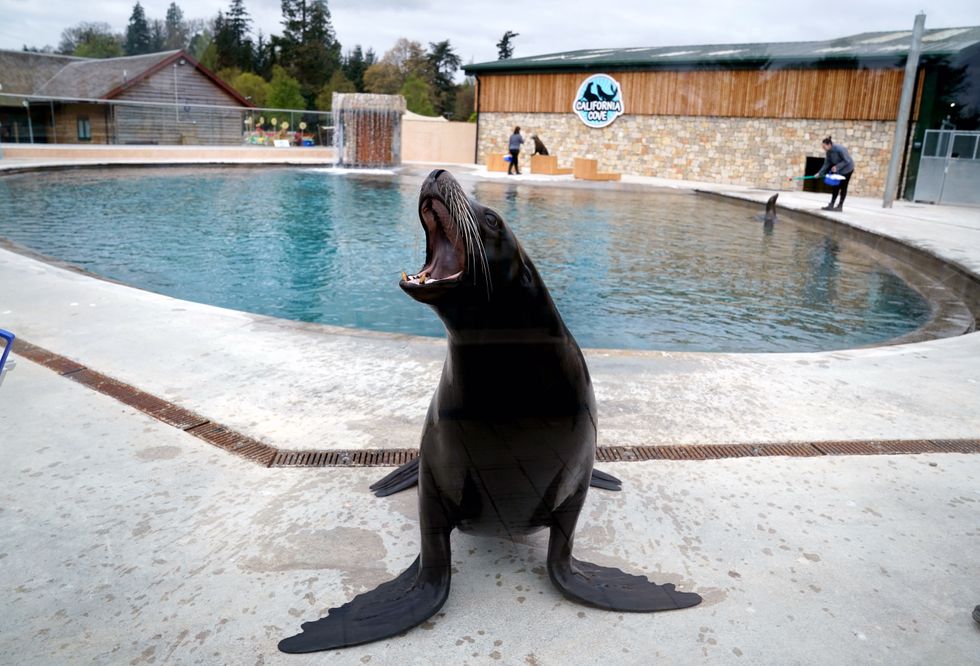 A new sea lion habitat has been created at a Scottish safari park as part of a multi-million pound upgrade to the site – and its residents appear to be thrilled.

Blair Drummond Safari Park, near Stirling, has just completed California Cove, which has been designed to replicate the natural habitat of the these marine mammals.

The upgrade, which started in February last year, is part of the site’s ongoing biodiversity and conservation work.

According to staff, it is the most ambitious development undertaken in the park’s 50-year history.

And it has been “a big hit” with the three resident sea lions: Ineke, Oscar and Poppy, some of Blair Drummond’s most popular residents.

“That’s when, to build up speed, the sea lion glides along the surface of the water where the resistance is less.

“It’s lovely to watch them enjoying their new surroundings so much and the glass viewing walls mean visitors can share the joy of seeing these animals at their best.”

As the new habitat also includes a specialised breeding area, it is hoped that, in time, there will be some sea lion pups to enjoy.

Though not currently endangered, in the wild these pinnipeds rely on a carefully balanced marine environment, which is now increasingly under threat.

Mr Belson added: “As well as giving the sea lions a 5-star upgrade on their accommodation, the new habitat will help us educate our visitors about the importance of marine biodiversity and the steps everyone can take to reduce plastic pollution in our oceans.”

He added: “This message has never been more important.”

The habitat also features a waterfall, as well as dry sandy areas to encourage natural behaviours such as basking and porpoising.

Please log in or register to upvote this article
EnvironmentWildlifezoos