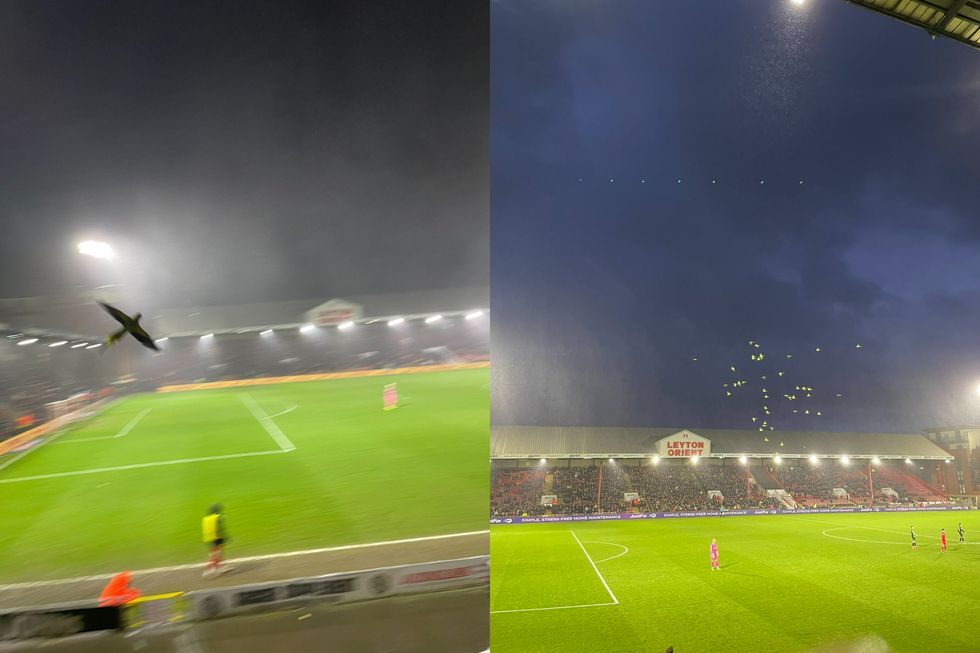 Chants of “you’re only here for the parrots” rang around an east London football stadium on Saturday after the arrival of an unlikely set of pitch invaders – a flock of parakeets.

Around 50 of the bright green tropical birds flew around Leyton Orient’s Breyer Group Stadium for around 10 minutes as the EFL League Two leaders faced Doncaster.

“We see them at the ground every now and then but not usually this many or for so long,” Orient fan Hannah Ramsey, from Hackney, told the PA news agency.

“One of them even in sat in the penalty area for a while.

“Theo Archibald scored a worldie a few minutes before – I think they must have heard how good it was and flown over.”

The Os won the game 1-0 thanks to a dipping 25-yard volley by winger Archibald in the 68th minute.

The population of parakeets in the UK has grown since 1969 when they started breeding in Kent, according to the Royal Society for the Protection of Birds (RSPB) – with the greatest numbers now found in Greater London.

It has often been supposed that parakeets were introduced to the UK by legendary guitarist Jimi Hendrix, or during the filming of a Humphrey Bogart film, but scientists claimed to debunk these theories in a 2019 study – after mapping half a century of sightings of the species rose-ringed parakeet (Psittacula krameri).

After the flock’s appearance on Saturday, Orient tweeted: “‘You’re only here for the parrots’, rings out, as today’s attendance is announced 7402, 384 travelling fans, and 50 parakeets.”

Another Orient fan, Twitter user @nedoconnor, told PA: “It was completely surreal and they appeared to fly in a swarm from nowhere.

“I’ll take it as an omen: Orient are going up!”

The victory means Orient are five points clear at the top of the EFL League Two table, having played a game more than second-placed Stevenage.

Please log in or register to upvote this article
EFLfootballLeague Two