‘Amazing journey’ for Invictus Games competitors with ‘lives turned around’ 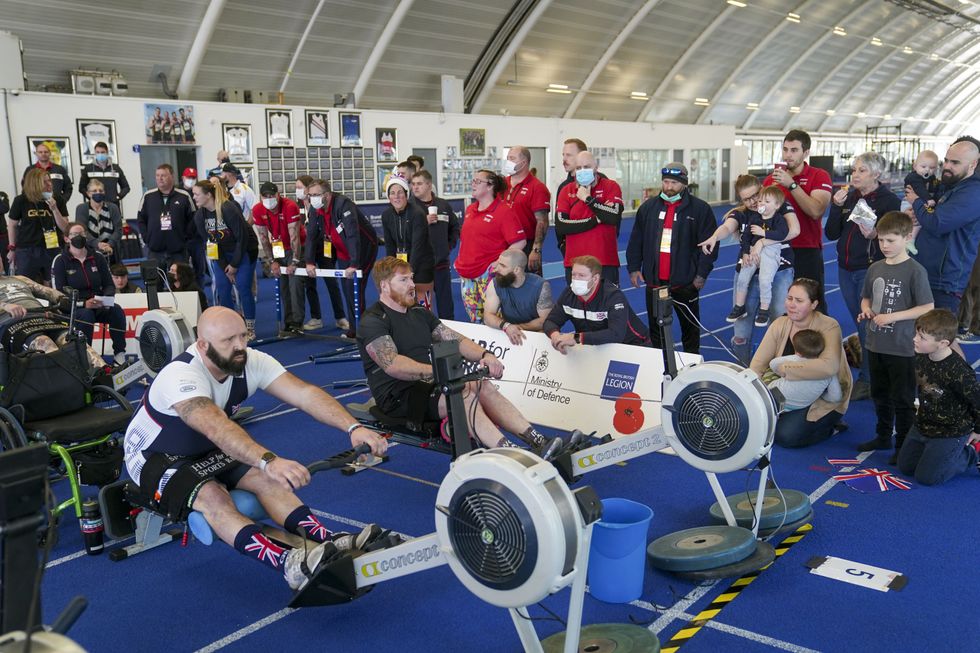 The Invictus Games is a reminder that making progress does not happen instantly, according to competitors who say working towards the event has turned people’s lives around.

The Duke of Sussex founded the games to aid the rehabilitation of injured or sick military personnel and veterans from across the globe, by giving them the challenge of competing in sporting events similar to the Paralympics.

After being delayed by the pandemic, the next staging of the international competition will take place in The Hague from April 16 to 22.

Daniel O’Connor, 31, from Hereford, who is competing in archery and indoor rowing, was injured in 2011 and had 13 operations on his arm and body in a two-year period.

He stayed away from sport as he was so afraid of getting injured and had no hobbies, resulting in him just “going through the motions of life”.

Mr O’Connor, now an independent financial adviser, said the Invictus Games “showed me you can be proactive and that can give you more control over your life”.

He said that previously he did not think about his future because he lives with chronic pain and he feared it would get worse – but now he feels he can achieve a lot.

“There’s still loads of stuff I’m excited about doing. There’s so much more of a focus on the future.

“And so getting back into that element of progress isn’t instant, you don’t want something and then it happens, you work towards it.

“I think all of these things from Invictus… soldiers don’t need to be told this, but as people you need to be reminded it, sometimes especially when you’ve gone through hardship.

“And that’s a massive difference because the focus goes from other people’s lives to your own life.

“And I think that is a really healthy way to live – not living through others but actually seeing what you can do and focusing on that,” he said.

Lucy Holt, 29, from Lincoln, who is competing in powerlifting, indoor rowing, wheelchair basketball and athletics, served with the RAF for 10 years and sustained an ankle injury while playing netball for the UK armed forces and RAF.

She had surgery in 2018 which then led to seven other surgeries, resulting in her losing 90% of movement in her ankle.

Ms Holt said Invictus has pushed her down “a completely new path”, adding: “It’s definitely helped obviously myself, but to see friends as well that have kind of started the whole process either very shy and loss of confidence and now being able to see them completely on the flip side about to compete at the Invictus Games.

“They’ve still got their confidence issues but have more confidence in themselves, and just kind of the way it’s kind of very much turned their lives around is great.”

Jason Finlay, 50, who lives in Amesbury and is competing in sitting volleyball and athletics, said the Invictus Games shows that there is “another route” that can be taken to help with recovery.

Mr Finlay, who left the Army in 2005 on a medical discharge, has had several operations on his legs, has struggled with his back, and has suffered from depression.

He said that he felt “a little bit lost”, and looking back on one of his first training sessions, he added: “I remember just sitting next to a stranger and we talked at such depth, not only about my physical but mental problems, and them the same.

“And it just felt, it felt natural and normal to be back in that military environment and even though I didn’t miss the military when I left, I missed my comrades – the ability that I could sit next to anyone and trust them, I could open up at a deeper level than I would with most of my civilian friends to be honest, and the process has just made it so much easier.”

Mr Finlay added: “It’s been an amazing journey up until this point and beyond.”

Charity Help for Heroes is responsible for the selection, training and welfare of UK competitors.

A couple of weekends ago, Team UK’s friends and family cheered them on from the sidelines at the training camp, supported by the Royal British Legion.

Army veteran says Invictus Games have allowed her to rediscover herself

Cancer patient, 86, to tackle 100 hours of exercise in 10 days for charity