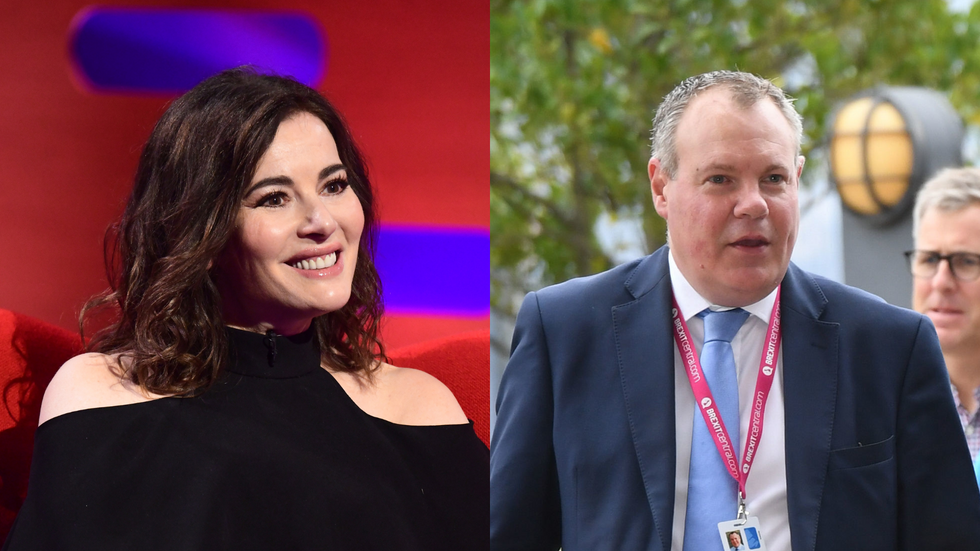 Celebrity chef Nigella Lawson mocked Tory MP Conor Burns after he said the Prime Minister had been “ambushed with a cake”, suggesting he had inspired the name of her new cookbook.

The Northern Ireland minister was speaking to Channel 4 News, defending Mr Johnson’s presence at a surprise birthday bash in the Cabinet room on June 19 2020 when social events indoors were banned, where it is alleged attendees shared cake and sang “happy birthday” to Boris Johnson.

Lawson, whose cookbooks include titles such as Nigellissima and Cook, Eat, Repeat, subsequently took to Twitter to propose that Ambushed By Cake be the name of her next culinary guide.

Ambushed by Cake: it just has to be the title of my next book! #AmbushedByCake
— Nigella Lawson (@Nigella Lawson) 1643146996

“Ambushed by Cake: it just has to be the title of my next book!”, she posted.

Mr Burns responded, tweeting: “It’s yours if you want it! Could I include my Granny’s Christmas cake recipe?”

However, Lawson did not appear impressed by Mr Burns’ light-hearted approach to the matter of Downing Street parties.

“This is just too meta. Plus, you think it’s a joke? Says it all”, read her reply.

Following Mr Burns’ defence of the No 10 gathering, the discussion surrounding the cake trended on Twitter, with quips and criticism garnering thousands of likes and retweets.

BBC presenter Nick Robinson questioned whether or not the cake could be interviewed as part of ongoing investigations, posting: “The cake at the centre of the latest partygate allegations has denied ambushing the PM.”

There is, as yet, no confirmation that Sue Gray or the Met have interviewed the cake which ambushed the Prime Minis… https://t.co/Oy0xhgxydQ
— Nick Robinson (@Nick Robinson) 1643150658

TV critic Toby Earle meanwhile likened the defence to a Little Britain sketch, in which the fictional Conservative MP Sir Norman Fry reads outlandish apologies for his actions while surrounded by his family.

“… it was at that moment I was ambushed with a birthday cake and was unable to escape and forced to celebrate against my will…” read Mr Earle’s caption.

Twitter user @iucounu joked: “For his bravery in the face of the cake ambush the Prime Minister has been awarded the Victoria Sponge.”

While author and historian Greg Jenner shared an assortment of cake puns.

As any historian can tell you, the Battle of Cannae was a decisive victory in which the Romans were destroyed in a… https://t.co/IMmDnA31i7
— Greg Jenner (@Greg Jenner) 1643141808

“As any historian can tell you, the Battle of Cannae was a decisive victory in which the Romans were destroyed in a pincer movement between creme brulee and a Victoria sponge,” he tweeted.

Martin Lewis accuses government of 'sitting there like zombies'