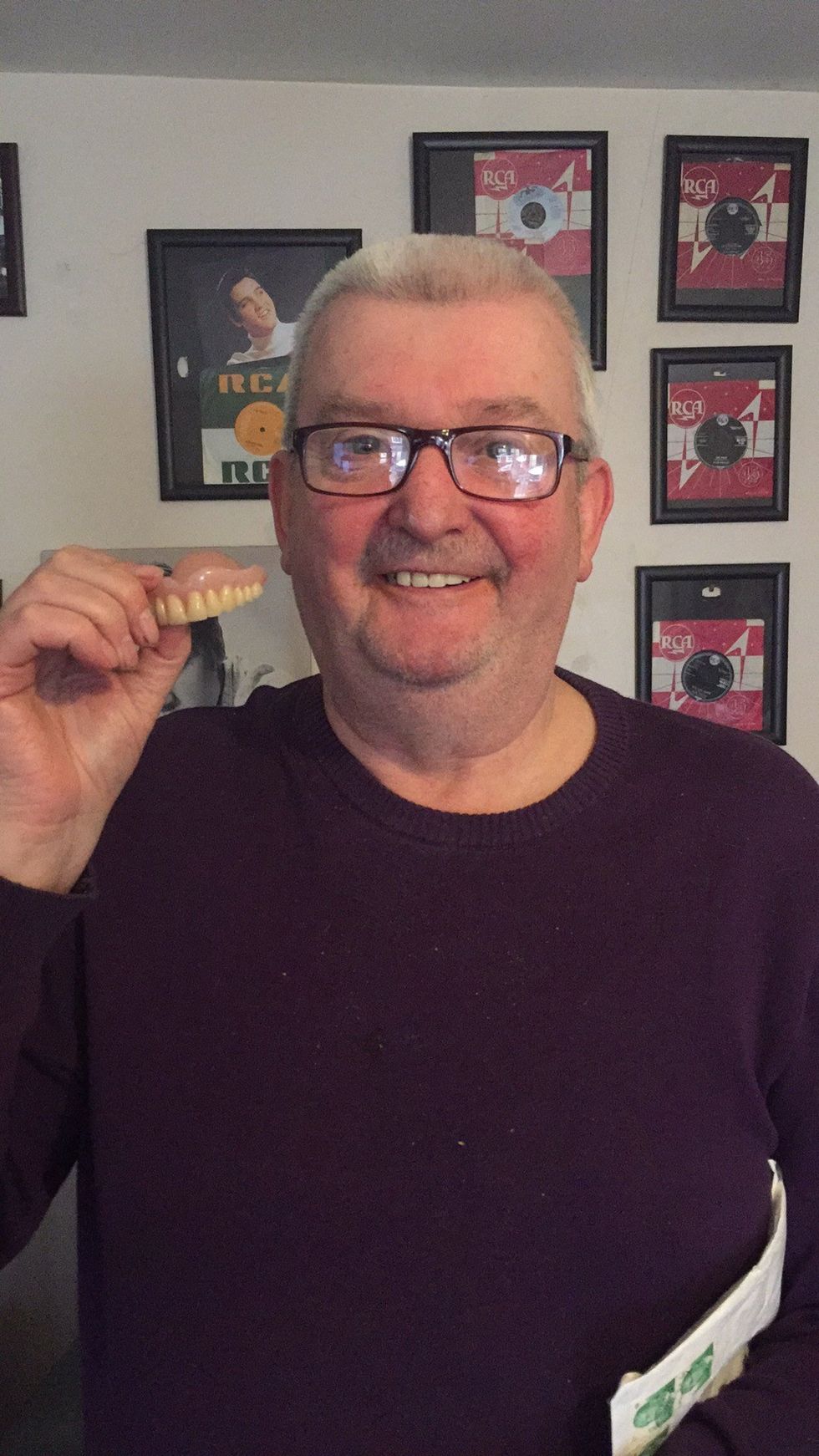 A holidaymaker who lost his false teeth after a drunken day out in Benidorm has had his dentures returned to him 11 years later.

Paul Bishop, 63, received a package from Spain in the post this week containing the teeth, which he had vomited into a bottle bin outside a pub in the tourist destination in 2011.

He told the PA news agency: “It was a drunken day out with the lads.

“I’d had enough lager so I got a pint of cider, but then the other lads were ready to go so I downed the last of my pint and thought ‘oh no, it’s coming back up’.”

After projectile vomiting into the bin, Mr Bishop made his way into another bar where his friend noticed he was missing his teeth.

He and his friends tried to retrieve the dentures but were unable to find them and Mr Bishop spent the rest of the holiday without them, performing as a toothless Elvis for his friend’s 50th birthday.

He spent £600 on a new set and resigned himself to never seeing his teeth again, until Wednesday when a strange envelope came through the letterbox of his home in Stalybridge, Greater Manchester.

He said: “It came out of the blue, a little envelope addressed to Senor Paul Bishop.

Inside the envelope were the teeth, along with a letter explaining Mr Bishop had been tracked down through a DNA database and advising him to be more careful if he returns to Spain.

He said: “Someone’s definitely cleaned them up, they’re in perfect condition.

“I didn’t know I was even on a DNA database but I did a voluntary swab years ago so it must have been from that.

“From there they have got in touch with the British Embassy and found my address.

“I’m amazed they’ve taken the time to find me and post them back.”

He said he now planned to have a thank-you letter translated into Spanish and sent in return.

As for the teeth, he said he intended to put them on display in the Ridge Hill Lane Working Men’s Club in Stalybridge, where he is general manager.

He said: “It was a trip with the club when I lost them, so everyone already knew the story.

“When I went in last night people were saying ‘where’s your teeth? show us your teeth’.

“I’m thinking of putting them in a little glass cabinet which can go on the wall in the club.”

Unique orange lobster saved from being eaten at Red Lobster