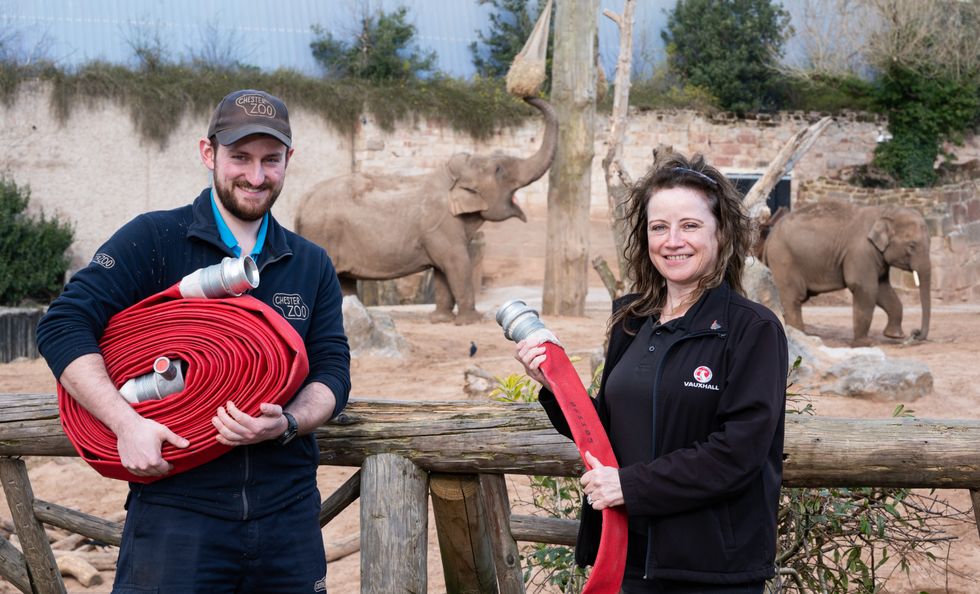 Vauxhall has donated 50 fire hoses from its Ellesmere Port factory to Chester Zoo.

The factory near Liverpool is undergoing a £100 million transformation to become the first plant in Stellantis to focus solely on electric vehicles.

As such, Vauxhall has been looking for ways to repurpose and reuse items that are no longer needed, such as the 50ft long hoses that have reached the end of their useful life for firefighting.

Following conversations with the nearby Chester Zoo, the hoses will be used in the ape and elephant habitats.

In the ape enclosures, they will be used to create hammocks, while cutting up the hoses allows for their use as puzzle balls. These will have peanut butter and jam inside, encouraging the animals to work for their food.

In the Asian elephant's habitat they will act as a foraging tool, being attached to logs so they can be thrown around.

Diane Miller, plant director at Ellesmere Port, said: “We’re happy to be able to support Chester Zoo with this donation of fire hoses, and look forward to seeing them being enjoyed by the animals.

“As we transform Ellesmere Port into a plant producing solely battery electric vehicles, it’s great to be able to repurpose old materials in a sustainable way that also benefits an important charity.”

Dr Nick Davis, deputy curator of mammals at Chester Zoo, added: “Our animal keeper teams are always looking at innovative ways to provide additional stimulation for the animals. The challenge is finding the right sorts of materials, but one tried and tested material is a fire hose due to its toughness and durability.”

In July last year, Vauxhall’s parent company Stellantis announced a £100 million investment in Ellesmere Port to build electric vehicles, with an ambition to be carbon-neutral by the middle of the decade.

This year marks the factory’s 60th anniversary and has built more than five million vehicles to date.

One of the world's most endangered monkeys born at Chester Zoo

Fish brought back from extinction with help from zoo

Please log in or register to upvote this article
vauxhallchester zoo