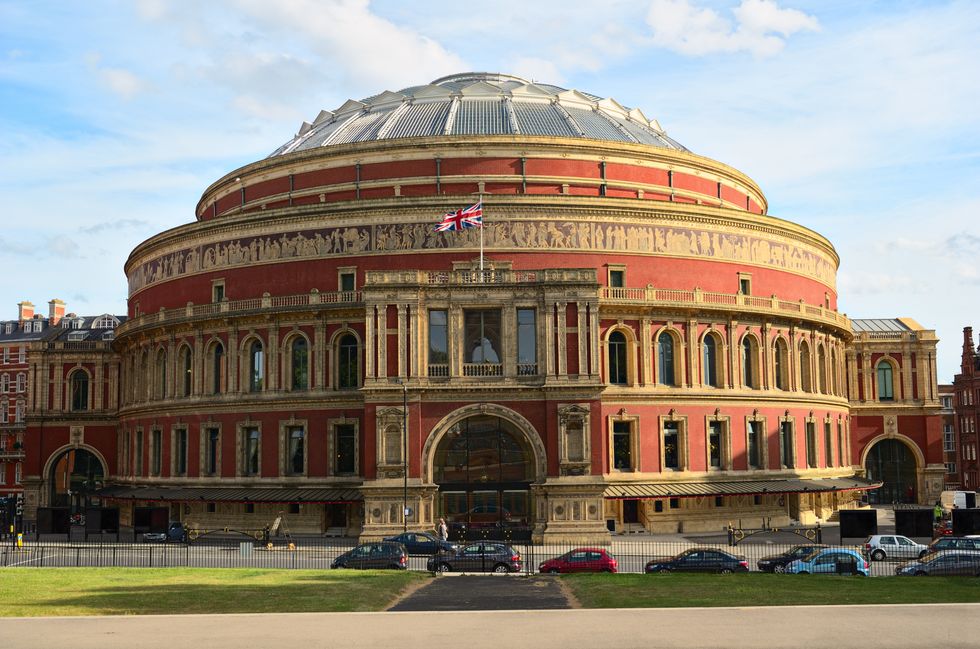 Knitters have put their needles to the test in a bid to create a giant scarf to cover the Royal Albert Hall for a dementia charity, with one claiming to have a “magic ball of wool”.

The Lewy Body Society intends to wrap a 244-metre scarf around the concert hall on September 22, to support those living with Lewy body dementia – a condition which affects movement, thinking skills, mood, memory and behaviour.

It has called upon keen knitters to join the project, called #AScarfForLewy, with celebrities including Bake Off’s Dame Prue Leith already contributing.

Marian Kane, 68, from Belfast, Northern Ireland, knitted a scarf for the project as her mother, Kathleen, died with Alzheimer’s – another form of dementia – in 2018, at the age of 95.

Her son, Joe Kane, a doctor and researcher who specialises in Lewy body dementia, told the PA news agency that his mother initially took up knitting to make a copy of his two-year-old son Luke’s favourite teddy bear in case it got lost, but then came across the project.

“When she learnt about (the campaign), she really wanted to contribute. She thought it was a really good idea to show the close partnership between the UK and Ireland,” the 38-year-old said.

“Mum felt very privileged to look after granny but it was years of what eventually became 24/7 care. As I see with a lot of my patients’ families, it’s hard and often relentless work – and mum and dad did get exhausted at times.”

The green and purple scarf, which has the words Lewy Body Ireland on it, pays homage to Ireland and the dye which allows scientists to see Lewy bodies under a microscope.

Lisa McAllister, a partner in an insolvency practice, said “I better get a move on” when asked how she felt about helping to make a scarf to cover the Royal Albert Hall.

She added: “I also believed at one point I had a magic ball of wool as no matter how much knitting I did, the ball of wool never appeared to go down.”

The 49-year-old, who lives in Wigan, said she felt compelled to take part in the campaign after meeting the charity’s chief executive, Jacqui Cannon, at a rugby event in March 2020 and admiring the fact that she works “tirelessly to raise awareness of the condition”.

“The campaign really caught my attention as it is a campaign that I thought a lot of people could get involved in (even me a non-knitter),” she said.

She added that she hopes the event will help “many more people become aware of the condition”.

Ms Cannon said that the giant scarf symbolises the wraparound support for those with the condition.

The deadline for getting scarves in by is August 15 and they have to be 30cm or a foot wide and can be any length.

After they are taken down from the Royal Albert hall, the scarves will be separated and donated to homeless and refugee groups, with celebrity scarves to be auctioned off.