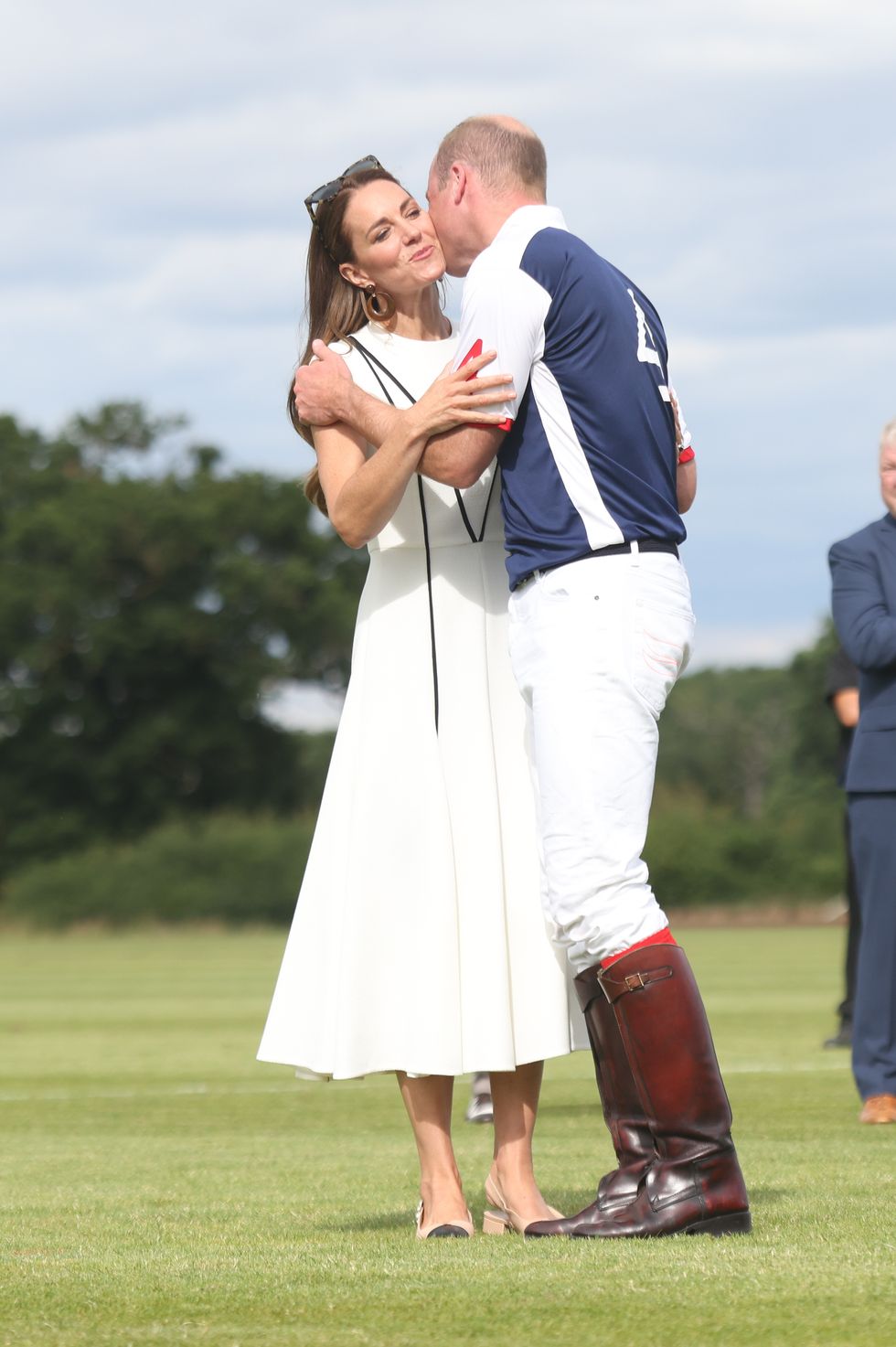 The Duke of Cambridge received a winning kiss from his wife after his polo team were victorious in a fundraising tournament that netted £1 million for the couple’s charities.

William and Kate kissed on both cheeks as the duchess presented the prizes after the Royal Charity Polo Cup staged in Berkshire, just a few miles from Windsor Castle, at the Castle Ground at Guards Polo Club.

The couple even brought their new black cocker spaniel Orla to the event, and the dog was seen running around enjoying the summer sunshine.

When the duchess presented the duke with an imitation Samurai warrior’s helmet – from the Japanese sponsors of the tournament – the duke said “wow” and returned to the podium with his fellow players from the US Polo Assn team.

Playing with the duke was James Harper, who has been named as captain of the England team for the match against Uruguay for the Coronation Cup at Guards later in July.

During the presentations, the MC described William as playing a defensive role with his team who beat the BP Polo and Monterosso Vikings teams.

Kate handed out the helmet trophies and other awards before posing with all the players for a group photograph.

Organisers said the event had raised a million pounds for good causes like London’s Air Ambulance Charity, the homeless organisation the Passage and the East Anglia’s Children’s Hospices.

Ahead of the polo William and Kate mingled with the guests and the duchess was spotted stroking her dog as she held a drink in her hand.

The Cambridges showed a rare moment of public affection when they put their arms around each other as they walked from the polo ground after the prize-giving ceremony.

At their feet was Orla running around clearly enjoying the freedom but it is likely the dog was kept away from polo ponies who were stabled nearby.

The same polo event in 2021 raised £500,000 but the extra support of donors this year doubled the funds for good causes, such as the Welsh Rugby Charitable Trust, the Anna Freud Centre, a mental health charity for children, and the Foundling Museum.