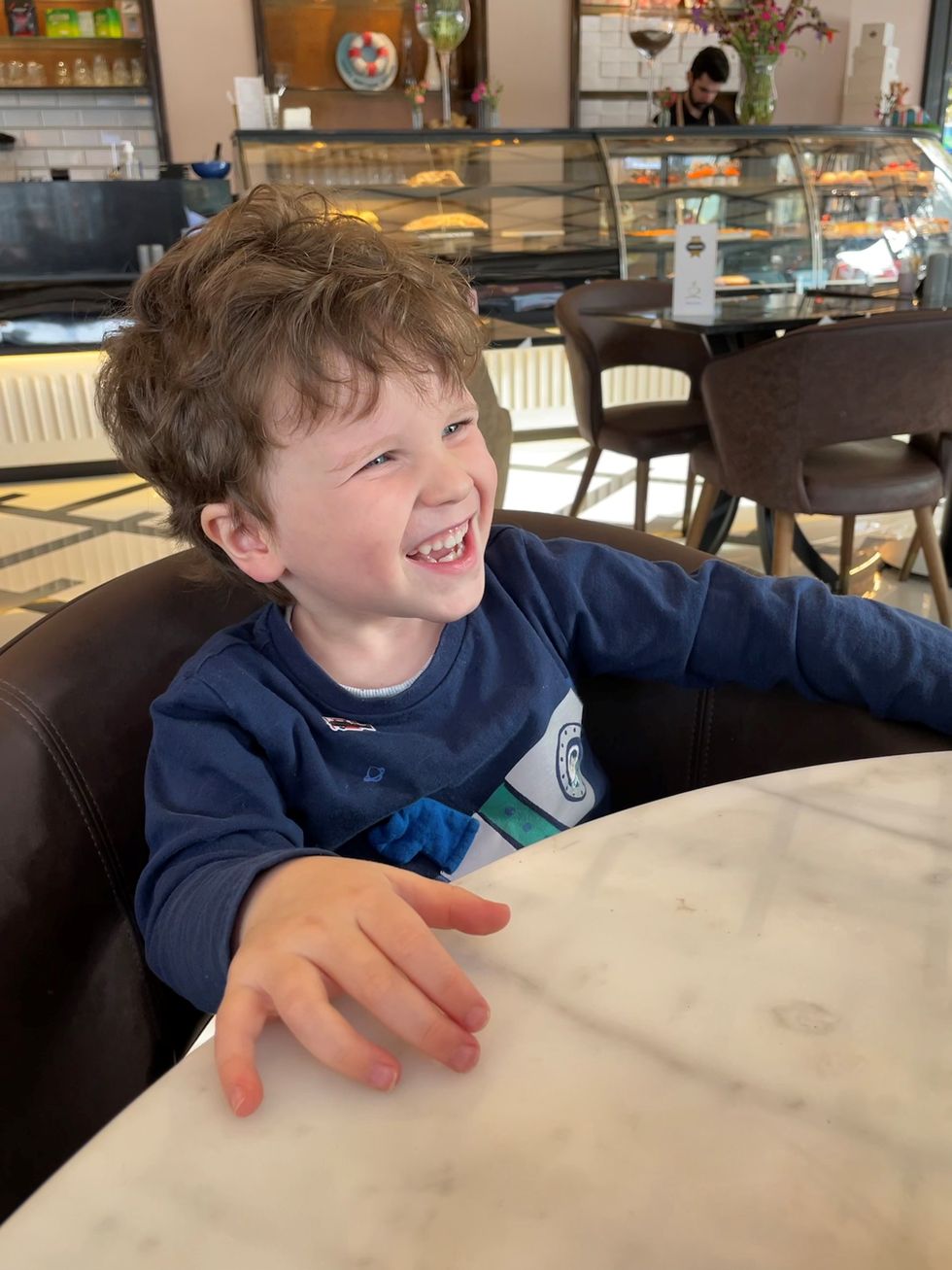 Teddy Slade, who has benefited from proton beam therapy on the NHS (Family handout/PA)

A four-year-old boy is living life to the full following the success of proton beam therapy for his rare brain tumour.

Teddy Slade was just 18 months old when he underwent proton treatment on the NHS, making him the youngest patient in the country to be treated at the UK’s first high energy centre.

After surgery to remove the tumour, Teddy was given proton beam therapy in the NHS centre at The Christie in Manchester for six and half weeks.

Now Teddy, who lives in Stockport with parents Amy and Dan, only needs regular check-ups to monitor his progress and enjoys pre-school and a normal life.

Proton beam therapy is a type of radiotherapy that uses a beam of high energy protons, which are small parts of atoms, to treat specific types of cancer.

The treatment enables a dose of high energy protons to be precisely targeted at a tumour, reducing the damage to surrounding healthy tissues and vital organs.

Mrs Slade said: “A diagnosis like Teddy’s is terrifying and devastating. However, the proton beam centre at The Christie is a place of hope.

“It was a huge shock when Teddy was diagnosed as he was so young and to be told he had a brain tumour was absolutely heartbreaking.

“However, the staff at The Christie are amazing. The care that Teddy, and the support our whole family received there, was first-class. We are so very lucky to have this life-saving medical technology in Manchester.”

Proton beam therapy has been funded on the NHS since 2008, but patients had to go abroad for treatment until three years ago.

Between the two centres, up to 1,300 patients every year can be treated.

Dame Cally Palmer, NHS England’s national cancer director, said: “Since Teddy first received proton beam therapy treatment at The Christie, over 700 patients in the UK, including 300 children, have benefited from this pioneering treatment in the NHS.

“In the last few months we have also opened a second centre at UCLH in London, meaning even more patients now have access to this world-class, innovative care for cancer.

“This is a major milestone for the NHS and marks the completion of our plans to deliver proton beam therapy in the UK and transform cancer treatment across the country.”

Teddy’s consultant at The Christie, Gillian Whitfield, said: “It is great to see Teddy doing so well and we were thrilled to be able to help him here at The Christie.

“Being able to give patients like Teddy this vital proton beam therapy in the UK is fantastic, as it not only reduces the side-effects of treatment, but also means families don’t have to travel abroad as many did before the NHS opened the centre here in Manchester.”

Please log in or register to upvote this article
NHS England