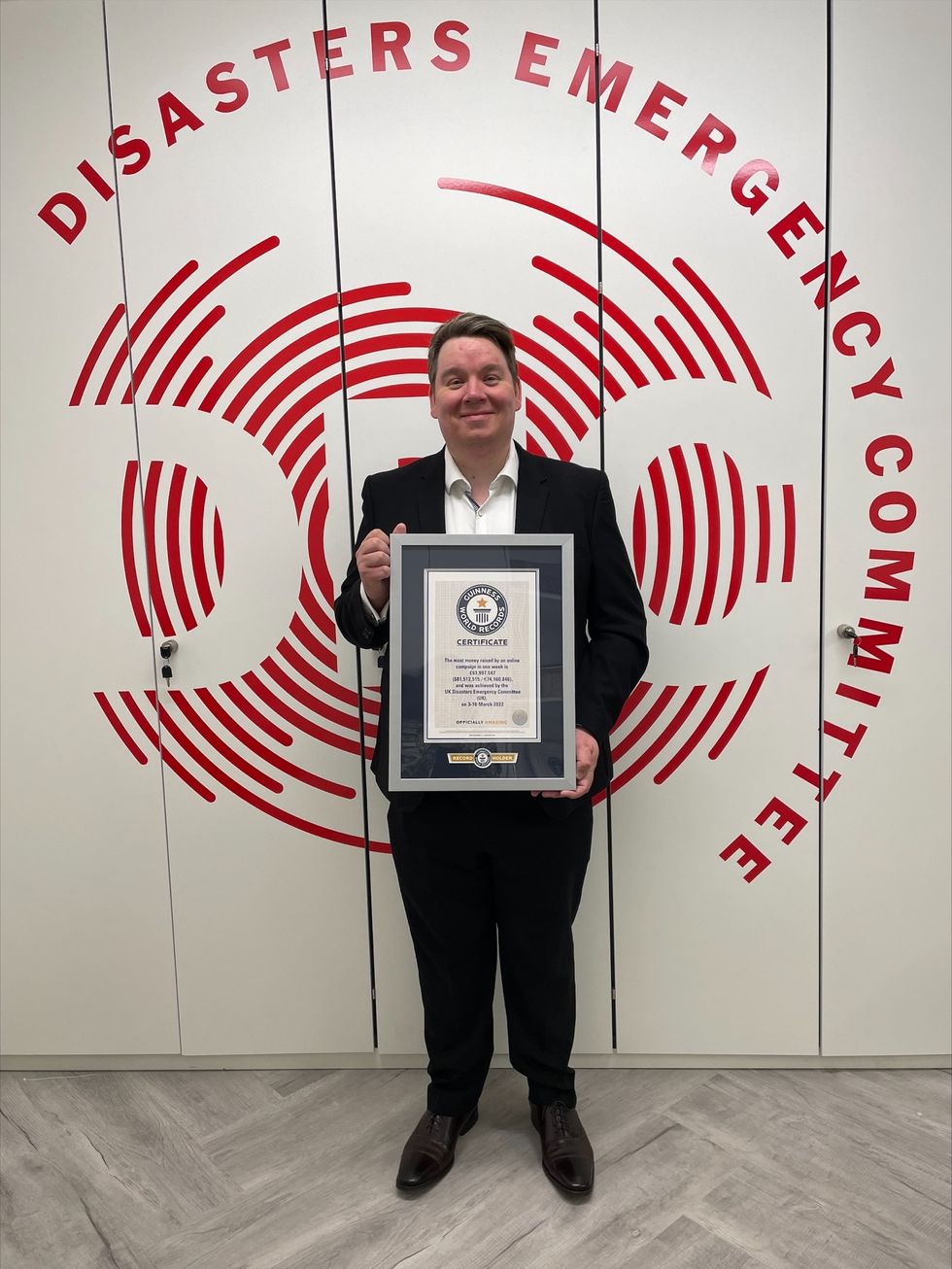 The British public has helped to set a new fundraising record via the Disasters and Emergency Committee’s Ukraine appeal.

The DEC’s Ukraine Humanitarian Appeal collected £61,997,547 between March 3-10, which has been confirmed by Guinness World Records as the most money raised by an online campaign in a week.

Simon Beresford, director of fundraising and marketing for the DEC, said: “We have been overwhelmed by the incredible generosity and outpouring of support from the UK public to the people of Ukraine.

“It has been heart-warming to see the inspiring fundraising efforts which are ongoing, with donations flooding in from individuals, companies, schools and arts organisations across the UK.”

DEC member charities who helped in the immediate response included Save The Children, who provided support to this family in northern Romania (Dan Stewart/Save the Children/PA)

Since Russia’s invasion of Ukraine began, at least 5.3 million people have fled the country and another 7.7 million have left their homes to escape the fighting.

The Ukraine Humanitarian Appeal was launched in response by the DEC on March 3 and has raised more than £300 million to help those affected.

According to the DEC, £74.5 million of that will be spent before the end of August by member charities, with 55% of it being spent within Ukraine and the rest in Romania, Poland, Moldova and Hungary.

Two thirds of the money will go on healthcare, food and cash delivered to affected populations to help them meet basic needs.

Money will also be put towards items including sanitation and hygiene, protection and psychological support, and shelter.

Petro, 7, and his family received support in a Caritas welcome tent (Toby Madden/DEC/PA)

Among the DEC member charities who helped in the immediate response were Caritas, a partner of DEC member Cafod, who provided food, tea and support to refugees on the Ukraine-Poland border.

Save The Children distributed warm clothes, food and toys to displaced children in northern Romania.

Mr Beresford said: “We are of course proud and delighted to have taken a part in setting a new world record.

“However, most importantly what this means is that with the help of the generous UK public DEC charities and their local partners can scale up to respond to help the people of Ukraine.

“They are working to meet both the immediate and long term needs of people affected for the months and years to come.”

All the best memes and social media reaction from the Grammys