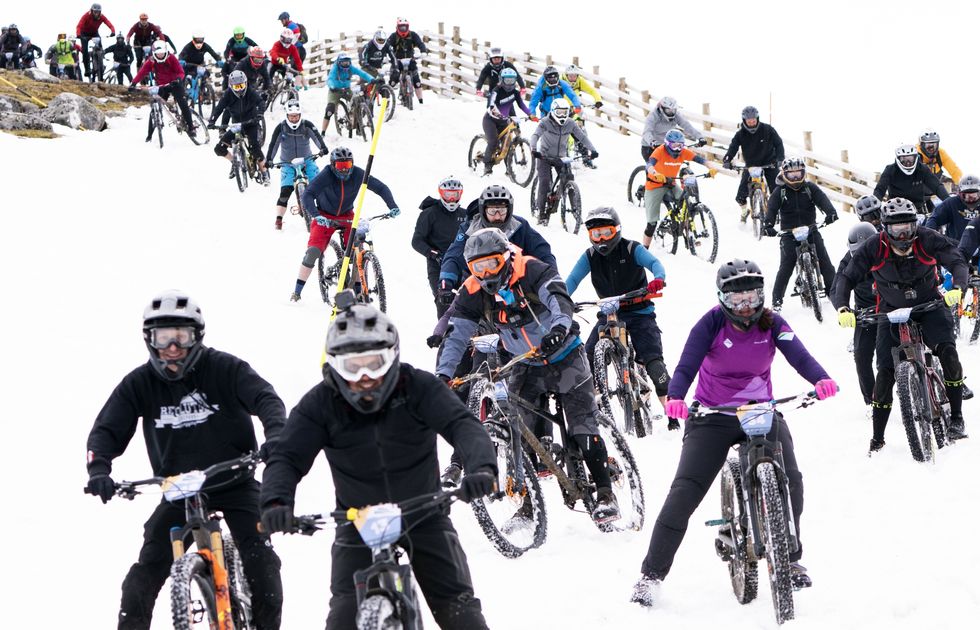 About 300 daring mountain bikers have made a treacherous descent down a snow-capped Scottish mountain.

The Macavalanche event saw the group – which embarked simultaneously – hurtle from the summit of Aonach Mor in the Nevis mountain range near Fort William.

Following an arduous climb up the mountain, which reaches 1,221 metres, riders started in deep snow at the beginning of the route.

Snow drift became so dense, pictures suggest, that some riders were forced to push themselves along with their feet rather than pedal.

Organisers of the event said almost 300 people had signed up to take part.