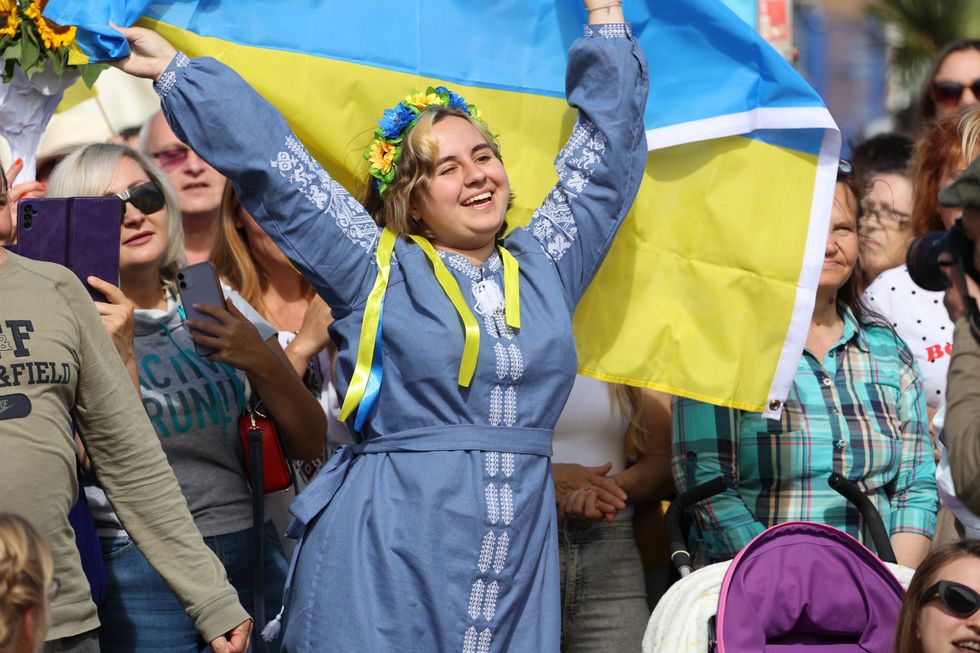 The event in Mountjoy Square Park on Saturday was organised by the Ukrainian Crisis Centre Ireland (UCCI), supported by the Embassy of Ukraine.

Families were involved in activities from biscuit decoration to wood craft, painting and dancing. There were also stalls selling traditional Ukrainian cuisine.

UCCI chief executive Michael Baskin said the it was important for the community to come together to celebrate the traditions of their home country in the midst of the difficulties they face.

Mr Baskin, who moved to Ireland more than 20 years ago, said it was particularly important for those who had arrived in Ireland since the war began in Ukraine.

“Everybody has had a great day,” he said.

“It’s about unity. Everybody is relaxed and they are smiling which is very important in all aspects of life.

“Even with the hardship Ukrainians are going through, it’s important to find the time to celebrate.

“It marks for us six months of war and Ukrainians still exist. So there’s something to celebrate.

“They are smiling and dancing.”

More than 40,000 Ukrainians have arrived in Ireland since the Russian invasion of their home country six months ago.

UCCI connects the Ukrainian community living in Ireland as well as providing support to Ukrainians displaced by the war.

Please log in or register to upvote this article
DublinIndependence DayUkraine