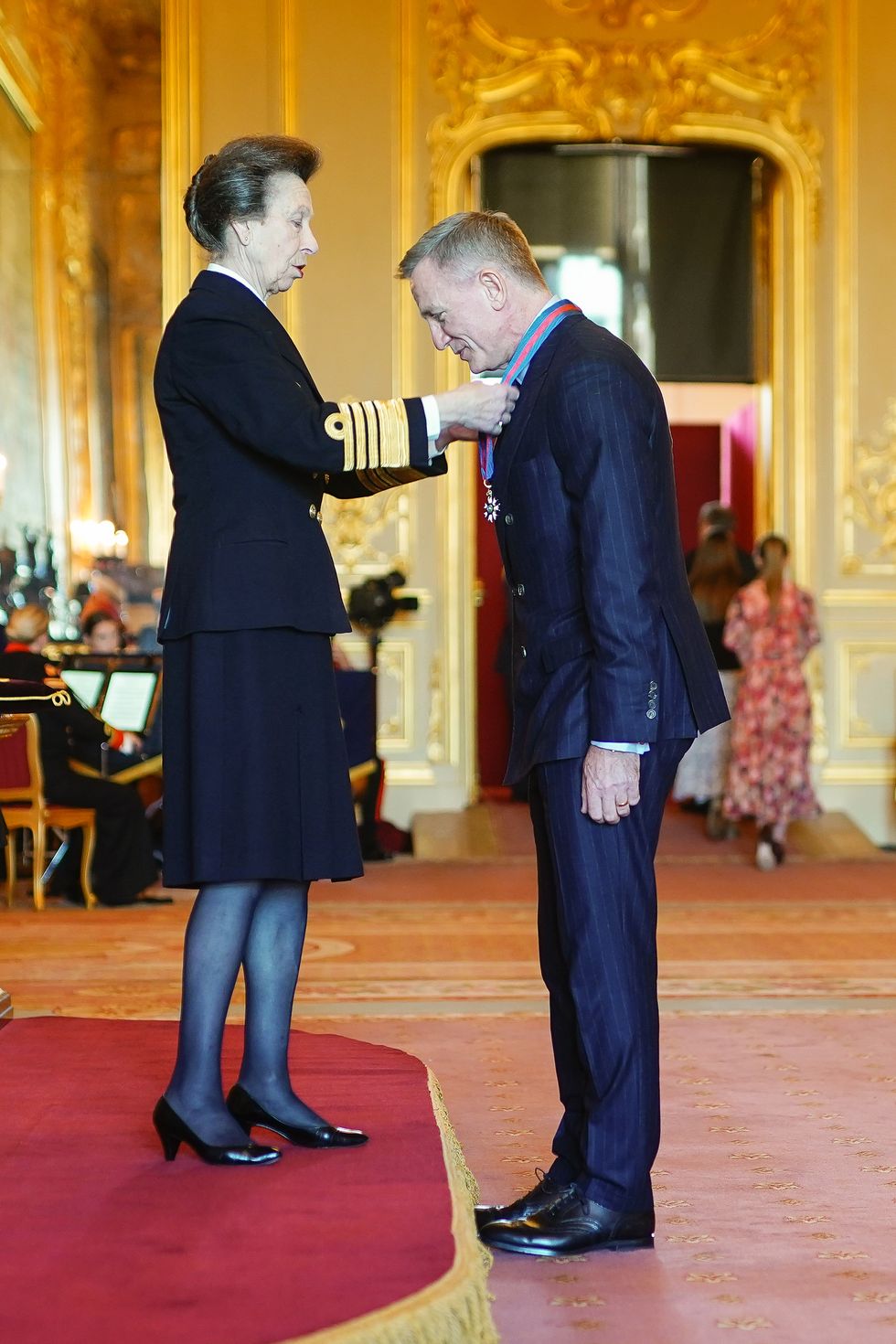 James Bond actor Daniel Craig has received the same honour as that bestowed on his character 007 as he was honoured at Windsor Castle for services to film and theatre.

Craig wore a dark navy suit as he was made a Companion of the Order of St Michael and St George – the same honour held by Ian Fleming’s famous character – by the Princess Royal.

The actor starred in the last five Bond films, first appearing in Casino Royale in 2006 and ending his run with No Time To Die in 2021.

While in character as 007, he made a famous appearance alongside the Queen in a sketch to mark the opening of the London 2012 Olympic Games.

Craig also appeared in 2019’s Knives Out alongside Chris Evans, Ana de Armas and Jamie Lee Curtis, and will make a return in the film’s sequel due to premiere at the end of next month.

Film director, producer and screenwriter Paul Greengrass was also honoured for services to the industry, after directing several Hollywood blockbusters including three of the Bourne franchise films and Captain Phillips in 2013.

In the world of sport, tennis coach and senior performance adviser to the Lawn Tennis Association Louis Cayer said it was a “great honour” to be made an MBE.

Mr Cayer, who coached doubles star Jamie Murray for 13 years, said of the experience: “I started when he was really beginning so (it was) like taking him by hand. It’s so great because we won in 2015 the Davis Cup and then, in 2016, he became number one, one day before Andy became number one.

“It’s like a script, they both became number one, at the last tournament of the year at the O2, so that was great.”

The coach has also acted in a consulting role to 19-year-old Emma Raducanu, who won the US Open in 2021 but has not seen such success since.

“(With) her level of skill for sure she’ll go back to the top. About winning a Slam or not, there’s a bit of, I would not say luck, but you cannot really control that. But she could, she’s very, very skilful,” Mr Cayer told the PA news agency.

“People don’t realise how skilful she is, just because she got injured. But when that will be fixed, I think she will have an amazing career.”

Dame Emily Lawson, head of the Covid-19 vaccine programme for the UK until July 2021, said that “to some extent I don’t really feel like I deserve it”, upon receiving her honour from Anne.

Dame Emily told PA: “I think I did a really good job leading the programme partly because I was surrounded by amazing people and because the whole country wanted to support us, but it was a huge honour to be asked to do it.”

She added that leading the programme was “one of the hardest things, probably the hardest thing I’ve ever done” but “the way the whole country came together to deliver it is extraordinary, and I don’t know if we’ll ever see anything like that again”.

Please log in or register to upvote this article
Daniel CraigRoyal