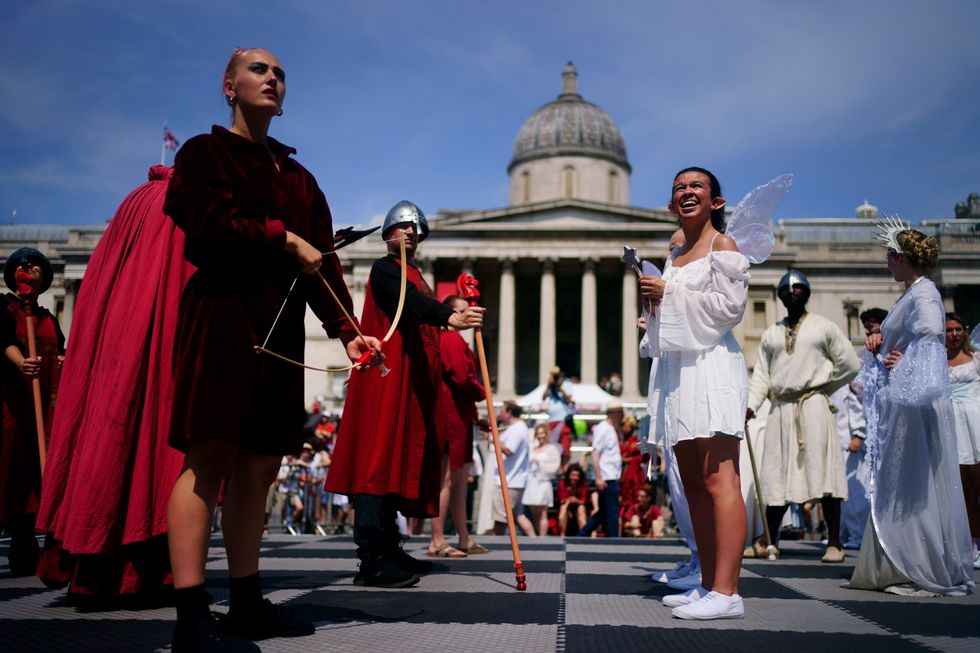 A group of 32 professional actors turned heads in Trafalgar Square by featuring in a living chess set.

Sunday’s performance in London was part of ChessFest, which claims to be the UK’s largest one-day chess event.

They also planned to revisit a game between former world champion Garry Kasparov and his robotic nemesis Deep Blue.

The event took place from 11am and was free of charge.

It included free chess lessons, giant chess sets and the chance to challenge a Grandmaster at speed chess.

Please log in or register to upvote this article
ChessLondonTrafalgar Square