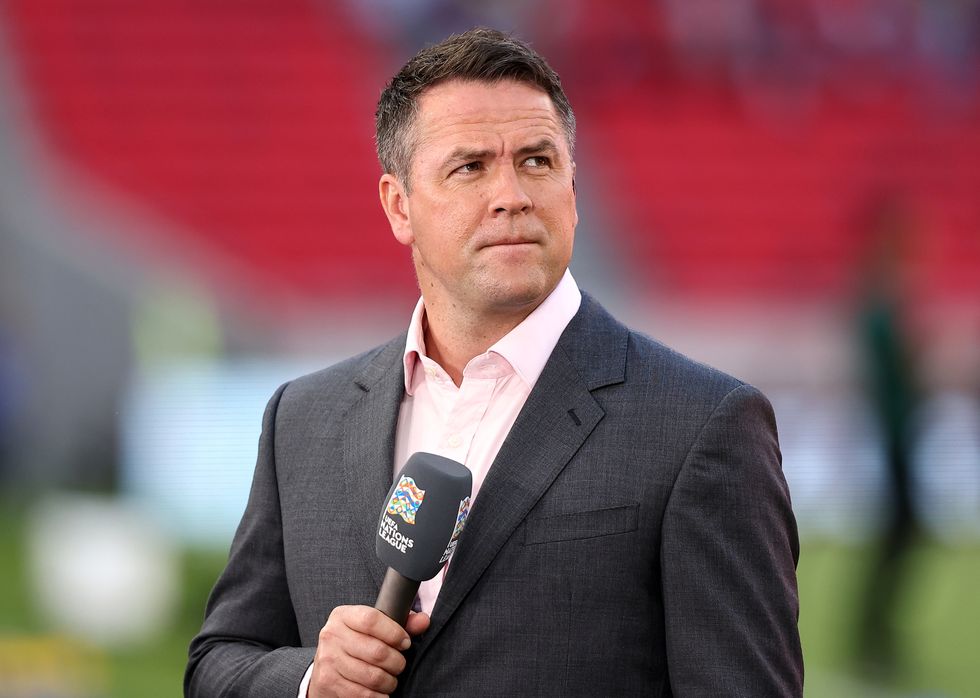 Michael Owen joked that he’d gone “all the way to Germany” to “avoid” Love Island as Channel 4 presenter Jules Breach quizzed him about it.

The former Liverpool striker, 42, was appearing as a pundit on screen for England’s Nations League match with Germany on Tuesday evening.

His daughter Gemma, 19, was among the new crop of Love Island contestants who entered the villa on Monday night as the ITV2 reality show returned to screens.

As he was being introduced as a pundit for Channel 4’s live coverage of the anticipated football match, Breach said: “Joining me hoping to see another famous England victory in Munich, England and Arsenal midfield Jordan Nobbs, former England, West Ham and Chelsea midfielder Joe Cole and the father of Love Island’s Gemma Owen.

“Michael Owen here with us, a big night for the Owens last night Michael, how are you feeling today?”

Owen replied: “Jules, I came all the way to Germany to try to avoid all that back at home, and you brought it up straight away.”

He added: “I am feeling alright, thank you. This is taking my mind off it so don’t bring it back up.”

Gemma was at the centre of Tuesday night’s Love Island action as bombshell Davide chose to couple up with her, leaving Liam single and vulnerable to being dumped.

Dressage rider Gemma had originally been partnered with 22-year-old student Liam as a result of the initial coupling announced on Monday night by host Laura Whitmore, which had been voted for by the British public.

Davide has chosen his new partner on Love Island (ITV/PA)

Announcing his choice of partner at the firepit on Tuesday night, 27-year-old business owner Davide, who is originally from Rome but lives in Manchester, said: “Naturally, it has not been easy to choose because in only 24 hours it is difficult to try to know everyone and try to make the right decision.

“So I decided to couple up with this girl because there’s not just attraction, I mean, yes she is a stunning girl, but I felt we really have a good time and I would like to know her more.”

Ahead of appearing in the show, Tonkmor, from London, said of taking part in Love Island: “It just seems like a once-in-a-lifetime opportunity to meet someone, have an amazing summer, just have so much fun and have a bit of a summer romance as well.”

Actress Culculoglu, 27, from Essex, said: “I’m looking for that real genuine spark and they just see me as me.

“I think the concept of the show brings back true and raw feelings”.

Love Island airs at 9pm on ITV2 and ITV Hub.