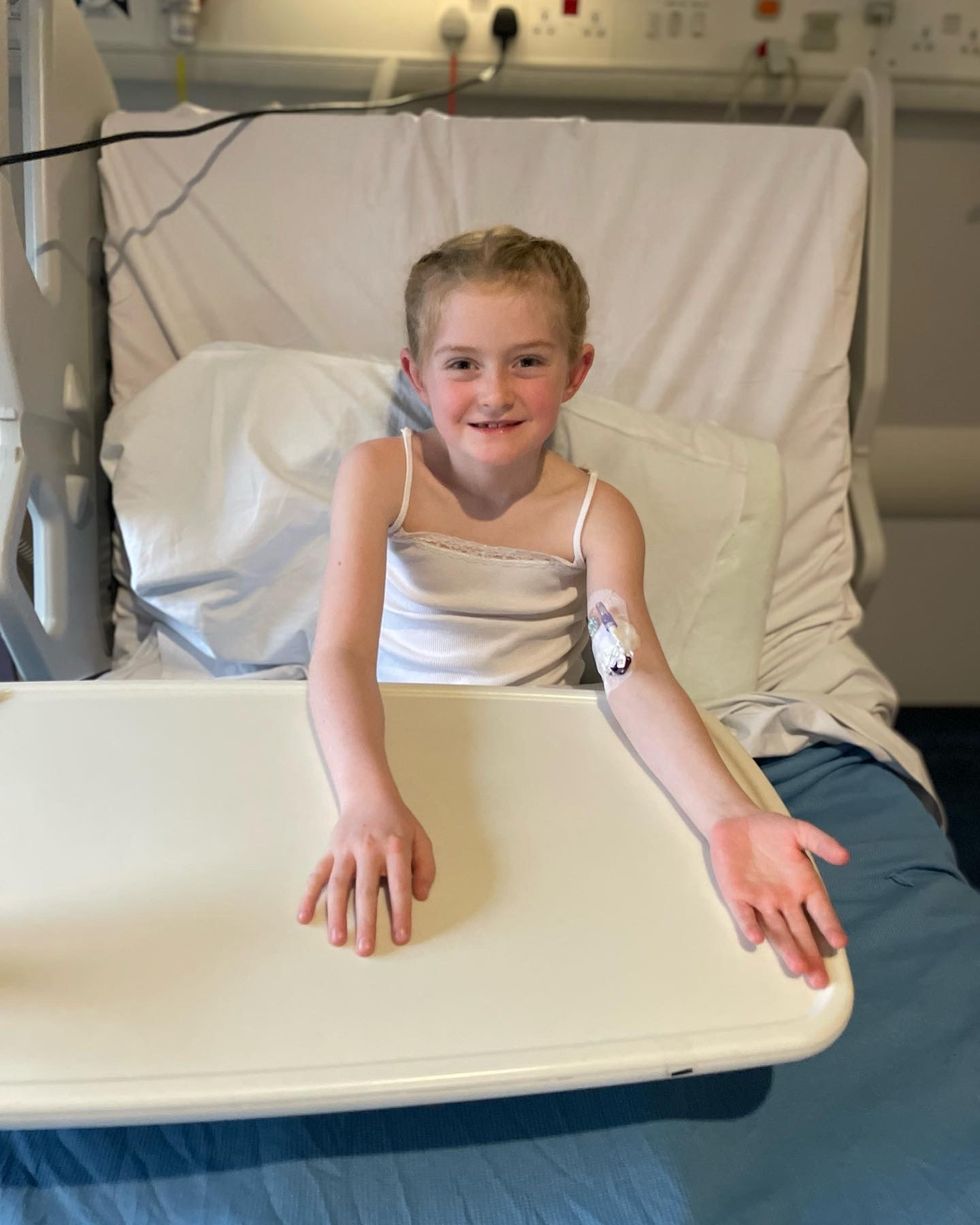 Kate Farrer has received Kaftrio, a new miracle drug, on the (Family handout/NHS)

A child who received a life-changing cystic fibrosis drug has told how she felt better within hours.

Kate Farrer, seven, is one of the first young children to be given Kaftrio on the NHS. Previously, the drug was only available to patients over the age of 12.

However, it has now been extended to the younger age group thanks to a landmark deal done by the NHS in June 2020.

The “modulator” drug benefits lung function, allowing patients to breathe easily and have a better quality of life.

Kate started taking the drug on Sunday, and began to feel an improvement just three hours later, her family said.

She is one of about 1,300 children aged six to 11 who will now be able to access the drug.

Kate said she was “really happy” with the new drug.

“I am really happy because it is a life-changing drug and it is going to help me a lot when I am older.”

She added that she was feeling “a lot better” and can exhale without coughing.

“Now with this new medication – I have only been on it a few days but I am feeling a lot better now – it is really exciting that I got it, because now life will hopefully be a bit fairer with me, because sometimes it is not as fair because of all of my treatment and medications.

“I am actually quite happy as I can now exhale all the way and not cough at all, not one bit.”

Nurse cycling 3,200 miles to every children’s hospice in UK for charity

Here's how to protect yourself from monkeypox

Please log in or register to upvote this article
NHS